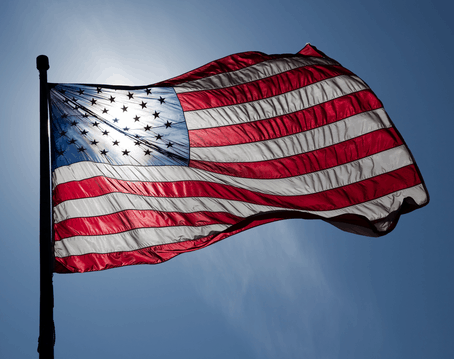 More than a half of all Americans think that their country is close with the Creator. A new survey, conducted by Lifeway Research, has found that 53 percent of Americans believe that “God and the nation have a special relationship.” And, despite political bickering in the media, the recent economic downturn and overseas conflicts, just four in 10 Americans actually think that “America’s best days are behind us.”

The concepts of American Exceptionalism and Manifest Destiny are nothing new. As Lifeway’s executive director Ed Stetzer points out in the research, the ideas have long been part of American thinking.

God Bless America is more than a song or a prayer for many Americans. It is a belief that God has blessed America beyond what is typical for nations throughout history. I am sure that would spawn many theological conversations, but it’s important to note most Americans think God has a special relationship with their country.

Out of all of the demographics mentioned in the research, evangelicals had the highest numbers of individuals to believe God is in a “special relationship” with the United States, with 67 percent agreeing with the idea.

Laurence Fishburne Will Star in the Upcoming ‘Roots’ Remake