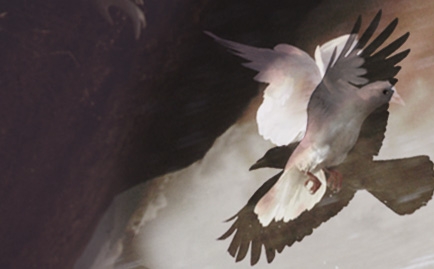 What exactly is spiritual warfare?

Not only is this enemy invisible, this enemy is evil. If you have an enemy who is not only invisible but evil, you are not going to be able to placate this enemy. You can’t make concessions to this enemy, you can’t negotiate, you cannot bargain, you cannot argue this enemy with logic. He’s irretrievably and irrevocably evil. He’s invisible, he’s evil and he’s on the attack.

If the attack is invisible, how would you and I know that it is an attack? This is where some great confusion comes in for believers. Below are five qualities or characteristics that in the Bible are clearly and solidly associated with the work of Satan and his forces:

There is opposition to someone hearing about or coming closer to Jesus Christ. I had a friend visit me one time, and he was on a spiritual quest; he had been for several years. Most recently he came to our home after spending months at a spiritual commune in Oregon under the leadership of a guru from India. He was interested in spiritual things, and I am too, so we stayed up every night while he was here talking about the nature of humanity, what God is like and so on. No matter how much I tried to share straight-forwardly what Jesus Christ has done in my life, no matter how winsome I tried to make that, he would nod and smile and go, “Yeah, yeah, that’s just like when the silver cord is cut and the bowl is broken” (Ecclesiastes 12:6).

Paul writes in 2 Corinthians 4, “The God of this age has blinded the minds of unbelievers” (v. 4). They can’t see the Gospel or the glory of Christ who is God. So when you’re trying to share your faith and you think, “I feel like I’m talking to a brick wall”—you are.

You feel accused and condemned. Satan wants to make you think you are the worst Christian ever. One of his names in the Bible is Accuser. Some of you have listened to his accusations for so long that you actually think that they’re your own, and you think that they’re true. Satan lies to you and says, “If you told anybody about that, they would hate you.” He wants to silence you, he wants to isolate you. The last thing he wants is for you to come out into the light and taste the grace of confession, repentance, forgiveness and healing.

You start to doubt God’s goodness. When Satan came to Eve in the Garden of Eden in his original attack against humanity, how did he do it? He came to Eve and said: “You know why you can’t have that fruit? It’s because God knows that you’d become like Him, and He’s just cutting you a raw deal.” See what a lie that is against the character of God?

It involves lies and deceit. Jesus said of Satan in John 8, “There’s no truth in him” (v. 44). When he lies, he’s just speaking his native language because he’s the father of lies. Satan says to you, “Oh, that sin is going to be fantastic.” And you know what? It’s not as fantastic as he says it is. He says that God’s not there, you haven’t overcome that sin yet, so you might as well just stop trying. When you start to follow his lies and choose some of those things that, even in your better moments, you know are foolish and selfish, you end up making a junkyard of your old age. You sit there amidst the twisted wreckage of ruined relationships and horrible choices, and Satan will mock you.

You feel a strong impetus to divide from other Christians. The Bible says, “Don’t let the sun go down while you are angry, and don’t give the devil a foothold” (Ephesians 4:27). When you and I are hurt by another believer, nurse that wound, don’t fully forgive and talk about it, we give the devil a foothold in our life. Or maybe for you the way Satan gets in is in one doctrinal issue. “If I have to tell somebody off over it, I will. If I have to leave this church over it, I will. Because what really matters here is this issue—and I’m right on this issue!” You may end up right on that issue—but you also end up harder, colder and isolated.

How can you win over spiritual warfare?

Some Christians assume that because they’re in warfare, they have to lose. But if you do what God’s word tells you to do, you will win:

Be protected. Don’t use your own approach to self-protection, but instead, as Paul says, put on the full armor of God. God has a way of protecting every part of you if you put it on. What exactly is it that we’re supposed to put on? Truth; righteousness; readiness to share the Gospel; faith; salvation; the word of God; prayer. Do we really trust God’s armor? Or are we going to respond in our own way that we think is better?

Be fearless. You and I should not be too focused on or afraid of the demonic. I love the way Paul lines this section here. He’s been teaching Christians in Ephesus that they need to be praying all the time, and then he finishes up and says, “Hey, would you mind praying for me?” Here’s what he asks for: “Pray also for me that whenever I open my mouth, words may be given me so that I will fearlessly make known the mystery of the Gospel for which I am an ambassador in chains. Pray that I may declare it fearlessly as I should.” Paul is writing this letter from jail. People want him dead because he is the ringleader of this destructive and illegal religious sect. Satan wants to exploit those fears and get Paul to shut up, get Paul to quiet down, get Paul to stop leading, get Paul to disobey God’s apostolic commission and calling on his life. So he says, would you please pray that what God has called me to do, I would do it fearlessly?

When your vision fills up with the greatness of God, you become fearless. You go about whatever it is God has given you to do. Don’t flatter Satan’s pride by showing interest in his limited and temporary power, but look at the greatness of Jesus Christ. The Bible says the God of peace will crush Satan under your feet (Romans 16:20), that God has prepared an everlasting fire for him and his demons (Matthew 25:41). That rabid dog will no longer continue to menace the children of God—it is going to be put down. So whatever it is that God has given you to do in life, go about it knowing that you can be protected, you can be prayerful and you can be fearless.

Kevin Miller is an author and Anglican priest at Church of the Resurrection in Illinois. This article is adapted from a sermon given there and is used by permission. All rights reserved.

Hey Everyone, Daredevil Is Real