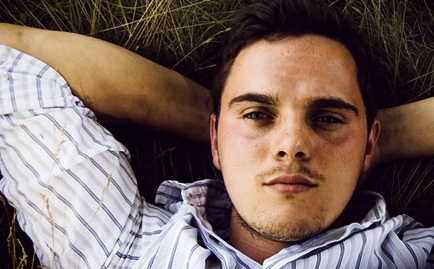 My friend Scott had it made. After four years of college and three years at a prestigious law school, he landed a position at a high- powered international law firm in Chicago. I wasn’t surprised. Smart, funny, talented—if anybody could write his own ticket in life, it was Scott.

I saw him again at our 10-year high school reunion. We introduced our wives, and I asked him how things were going at the big-league law firm.

“I hate it,” he said. “No, seriously, I hate it. I’m gonna quit in a few months, but I haven’t told anyone yet.” He was visibly uncomfortable, so he changed the subject.

We ran into each other again over Christmas at a local movie theater. Because that’s what guys do, I asked him the question again: “How’s work?”

He smiled, relief all over his face. “I quit.” “Just like that?” “Just like that.” Scott had achieved the American dream—a smart kid making it to a high-status, high-paying career. Prestigious job, fascinating city, beautiful wife. But he wasn’t happy. He hated the stress, hated the hours and hated the fact that, after the first few weeks, the work didn’t interest him. At all.

It wasn’t supposed to be this way. According to the futurists who spent the ’60s and ’70s telling us what life was going to be like in the year 2000, technology would have made everything much easier by now. Productivity would boom, work would get done faster, and our lives would be filled with more of the good stuff. But over the past three decades, the number of hours we work each week has steadily risen, futurists be damned. Why do we work so much? Because we can.

The futurists, in thinking that external technology would make life simpler, ignored the internal reality of humanity: We’re notoriously hard to satisfy. We’re always chasing fulfillment, but never seem to reach it. We work more hours to make more money. We make more money to buy more stuff. We buy more stuff to make our leisure time more enjoyable. Then we sacrifice that free time in order to work more. How much is enough?

The most cluttered and stressful areas of our lives are most often work-related, so the first step toward simplicity is fairly straightforward: Find a way to get paid to do something you love.

Embracing simplicity means redefining success. It has nothing to do with a paycheck or position, and everything to do with whether you like what you’re doing. A simplified life is, without fail, a satisfied life. And when work—which consumes half of our waking hours, and usually more—is unfulfilling, then our non-working lives will suffer. Thomas Aquinas said it best, declaring, “There can be no joy of life without joy of work.”

All of us know plenty of people who dislike their work, but very few who have actually taken the dramatic step Scott took in order to do something about it. The reason for this is very simple. We get tethered to an unfulfilling job because of the economic stability it gives us. Good benefits. A good salary. We need our jobs because they support our spending habits. And as much as we’d like to simplify our working life by finding something we enjoy, it’s not an option until we simplify our non-working lives.

Which leads us to step two: Get control of the amount of money you spend. We work because we have to. We land a decent job with decent pay and we raise our standard of living to that “decent” level. Then, once the bills hit the mailbox, we find that we will never be able to accept a job with fewer hours—and thus, lower pay—because our lifestyle demands a certain income. In most cases, we’re living in a hole we’ve dug for ourselves.

“There is no secret rocket science to understanding the relationship between money and a simple life,” wrote Janet Luhrs in The Simple Living Guide: A Sourcebook for Less Stressful, More Joyful Living. “Here is the rule: If you don’t want to work too much, don’t spend the money.”

There are plenty of simplicity advocates who could care less what the Bible says about the topic. But don’t think for a second this is a purely secular issue; Jesus talked about money and economics more than any other social concern. He told the rich young ruler that getting rid of his things was the first step in a life of obedience (Matthew 19). He told a parable about a rich farmer who put a huge yield of grain into storage—a seemingly wise move, but Jesus pegged him a fool (Luke 12). He spoke blessings on the poor and woes on the wealthy, and famously said it would be a challenge for a rich man to enter the kingdom of God. Richard Foster, whose Celebration of Discipline remains one of the most influential modern works on Christian spirituality, put it this way: “If, in a comparatively simple society, our Lord lays such strong emphasis upon the spiritual dangers of wealth, how much more should we who live in a highly affluent culture take seriously the economic question.”

You can’t simplify your outsides until you first simplify your insides. For a Christian, Foster wrote, the discipline of simplicity is an inward reality that results in an outward lifestyle. What is that inward reality? It’s a renewed focus. “But seek first his kingdom and his righteousness, and all these things will be given to you as well” (Matt. 6:33).

Here in the United States, we move at such a hectic pace that we wear stress like a badge of honor. We make the same purchases as everyone else in order to get people’s attention. We follow the well-worn paths to success and let society tell us whether or not we’ve arrived. Simplicity, on the other hand, is about living intelligently, deliberately and doing it on our own terms—or rather, on Someone Else’s terms. Someone who’s worth impressing. Someone much more significant than the Joneses.

Jason Boyett is a blogger and an author, most recently of O Me of Little Faith (Zondervan). This article originally appeared in RELEVANT.