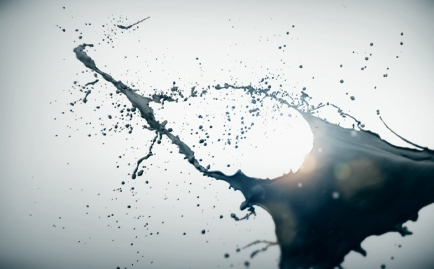 Generally speaking, you are either a Republican or Democrat, a Calvinist or Arminian, you either believe we are shaped by nature or nurture, you either like Neil Diamond or you don’t, and even as you read this, you either agree with the statements I just made or you disagree. We think Fox News is brainwashing or truth-telling, we are Democratic or Marxists, evolutionists or creationists. There is either right or wrong, good or bad, beautiful or profane, right?
Such thinking wouldn’t make it through the door of an undergraduate course in logic, yet it’s commonplace in our arguments. And it’s a problem. Black-and-white, either-or thinking polarizes people and stunts progressive thought. Moreover, we begin to believe whatever thought-camp we subscribe to is morally good and the other morally bad, thus demonizing a threatening position, further stunting our ability to think and find truth. Instead, we are armed with ammo from the 24-hour news cycle that helps us defend our identities rather than search for truth.

It’s true that humans have a need to categorize their thoughts in order to make sense of the world, and yet few of us would realize our categories are largely utilitarian, based loosely in fact and largely in fantasy. Austin Cline suggests that when we fall victim to black-and-white thinking, we reduce an endless spectrum of possibilities to the two most extreme positions. In short, we’re saying that home is either north or south, when home may indeed be southeast or northwest, or in some cases both, depending on the necessary route. Black-and-white thinking is attractive because it’s reductionistic and it simplifies everything so we don’t really have to comprehend. It allows us to feel intelligent without understanding, and once we are intelligent, we feel superior. People who don’t agree with us are just dumb.

What about you? Do you think in black and white? Is an action either right or wrong? Are you either a creationist or an evolutionist, a liberal or a conservative?

Here are a few ways I’ve had to train myself to not think in black and white. And it’s been one of the hardest thing I’ve had to do:

1. Disengage your ego from your ideas: Our ideas aren’t really ours, they are just ideas. They may be true ideas, which makes them important, but they aren’t our true ideas, and people should have the free will to either agree with them or not. It is very difficult to be honest with ourselves about whether our egos are involved, but it’s the territory of a better thinker.

2. Understand there is much you don’t understand: We begin to think in black and white when we assume we know everything. But this is an illogical assumption. Especially if we are young. Those who think in black and white and defend their camps will have a hard time engaging new and valuable information because they have already built their home halfway across the desert. Admitting something else is true means admitting we were wrong, and that’s a very difficult thing to do.

3. Walk away from black-and-white conversations: When the conversation becomes about defending one’s identity, it’s time to politely move on. If the conversation is calm, and nobody is defending their ego, you’d be amazed at what information unfolds in the discussion. (I often respond to comments on my blog, but I won’t get into black-and-white arguments for this very reason. These discussions go nowhere and don’t help me find truth.) Winston Churchill said it this way: “A fanatic is someone who can’t change his mind and won’t change the subject.”

Use these phrases often: "At this point," "I’ve come to believe" or "I’ll never stop learning, but I’m attracted to the idea that …"  Some will read these statements as weak, and wonder at what point we should take a stand, but I see these as strong and humble statements. When you make statements like this, your listener hears that you are objective and have sought truth. You are, as such, thought of as more trustworthy, and your argument is given more weight.

Though I hope it’s obvious that I do believe some things are black and white, people may still chime in believing I don’t. I consider this to be an obvious fact. Murdering an innocent person, for instance, is always wrong. Killing somebody, however, is not always wrong. Some actions are right or wrong depending on context. This would be considered a gray area.

Now others will read that and think I don’t believe in black-and-white truth, right or wrong, or morality, but that’s not what I’m saying at all. And any thought that I meant that is further proof of our inability to think in either/or dynamics. If you’d like to read more about this, please read G.K. Chesterton’s Orthodoxy. It’s a terrific book and a wonderful Christian apologetic for our day. Chesterton asserts that mathematicians go mad, not poets, because mathematicians try to build a bridge across the infinite, and poets simply swim in the sea. Is there right and wrong, absolute truth and so forth? Absolutely. But is life complex? Absolutely. Are there gray areas in life? Yes, there are. At least this is what I’ve come to believe.

Do you absolutely agree or disagree? Did your mind automatically find a polar opposite perspective? Why did your mind do that? How was it trained to do that?