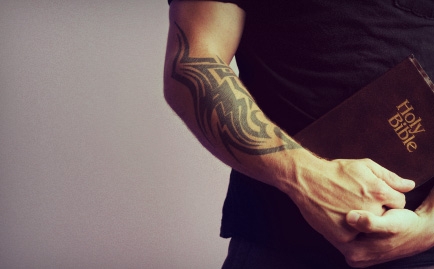 A number of years ago a very frustrated twentysomething, singleregistered nurse who had recently become a Christian told me the churchwas killing her.

“When I first came to church here,” she said, “I loved how peoplewould talk with me and encourage me in my faith. I felt their interestin me caused me to grow spiritually. But about a month ago I ran intothis group that seemed more invasive than encouraging to me. They arenice, but they have kind of interrogated me about everything I do, fromwhat I wear and how I vote to what music I listen to. It’s not thatthey’re explicitly judgmental, but it’s obvious that if I don’t agreewith their values they think I am on dangerous ground—that I am notpleasing to God, or something. Do I have to act just like they aretelling me to act or end up being displeasing to God? I mean, they allact the same, dress the same, respond the same—they remind me of somekind of clique from high school.”

I knew exactly the kind of group she was talking about.

A lot of people believe they have figured out exactly what each Christian should do and not do. Using a few proof-texts from Scripture (and lots of deduction) they tell us what to wear, who to vote for, what music to listen to, what words we can use and not use, how physical we can get in our dating relationships, what to eat, what kind of underwear to wear and whether or not we can have a beer and the occasional cigar. They have the world parsed out into neat absolute do’s and don’ts—of which they feel committed to keep the rest of us informed about. The world is black-and-white simple for them.

The problem is the world really isn’t all that black and white—it’s jammed with lots of grays and splashed with millions of colors.

Back in 1998 there was a movie called Pleasantville. In Pleasantville (filmed in black and white instead of color) life was … well, pleasant. Nothing akin to the horrors of war, famine or AIDS existed there. The bathrooms didn’t even have toilets—that would have been impolite. The high-school basketball team never missed a shot, firemen only rescued cats stuck in trees (there were no house fires), families were perfect and teen sweethearts never went past “first base.”

Everything—absolutely everything—was perfect in that idyllic little town. Things were simple and clear. Black-and-white thinking ruled. But as the citizens of Pleasantville began to explore the joys and choices of life, things started turning from black-and-white to color—first a flower, then the surroundings, then people. But with the appearance of color came the dark side of human nature. That’s the danger with color; it comes with the potential of good and evil. In response, some in Pleasantville were willing to do whatever to maintain their simple black-and-white world. Their fear and paranoia led to intolerance, hate crimes and violence against anything colored.

Color is always more complex than black and white. When it comes to propagating truth and discipling people into the Christian faith, most spiritual leaders prefer black-and-white simplicity and resist complexity. Complexity is too colorful. We prefer doling out black-and-white conclusions. Telling people what seems so much simpler and safer than telling them why.

Thinking, cognizing, conceptualizing, perceiving, understanding, comprehending and cogitating—all are words for actions that are much more complex than simply commanding and directing. Commanding people to act in a certain way is so clean and clear. Helping them internalize the why behind an action and letting them participate in a discussion on conclusions and personal convictions may seem both cumbersome and potentially dangerous. After all, they may conclude something different than their leaders and peers do. They might even listen to secular music and go out dancing. Or perhaps they’ll avoid profanity and find their politics more conservative. But discussion welcomes these differences, and faith communities should do the same.

Don’t misunderstand me; there are some absolutes. Here is a famous list of seven famous absolute wrongs held by the historical Christian church that are never appropriate under any circumstance: 1) an unrestrained appreciation for one’s own worth (pride); 2) an immoderate desire for earthy goods (greed); 3) sex outside the context of the marital bond (lust); 4) an unmitigated quest for revenge (anger); 5) an unrestrained consumption of food and drink (gluttony); 6) an anger or sorrow over another’s good fortune (envy); and 7) a laxity in keeping one’s faith and the practice of virtue because it seems so hard (sloth). These are the famous seven deadly sins, which are considered deadly for anyone who participates in them. No exceptions. You do them, you suffer.

But there are lots of areas that are nowhere near the world of absolute black and white. It is in these areas that God wants us to be different from each other in this world. Paulwrote that we are all different, like the parts of the human body (1Corinthians 12:17), and he challenged each member to dare to be different—notto act and think the exact same way.

Some are simply more fashionable than others. Some are more conservative, while others are more liberal and edgy. Some are quiet, some more bombastic. Some are tattoo-friendly, others tattoo-phobic. Some might brew their own beer, and some might turn down an offer to drink. It was the apostle Paul who said, “I have become all things to all men so that by all possible means I might save some” (1 Corinthians 9:22). Maybe as we all express ourselves in ways that are congruent with our convictions, talents, passions, personalities, etc., we are best positioned to “save some”—because those “some” can relate to us.

Truth is, it is easier to make Christianity about externals and man-made rules. Sameness makes it easier for us to tell who the “insiders” are. But Christ never wanted His followers to forfeit their distinctiveness and to be absorbed into some great cosmic oneness or sameness like a retread Eastern mysticism. Don’t settle for a synthetic Christianity that feels restrictive and holds little joy for you; instead pursue a vibrant, life-empowering journey of faith. Yes, black and white is easier. But we are called to the challenge and wonder of color.

Ed Gungor is a pastor and author, and sometimes blogs at SaltTribe.