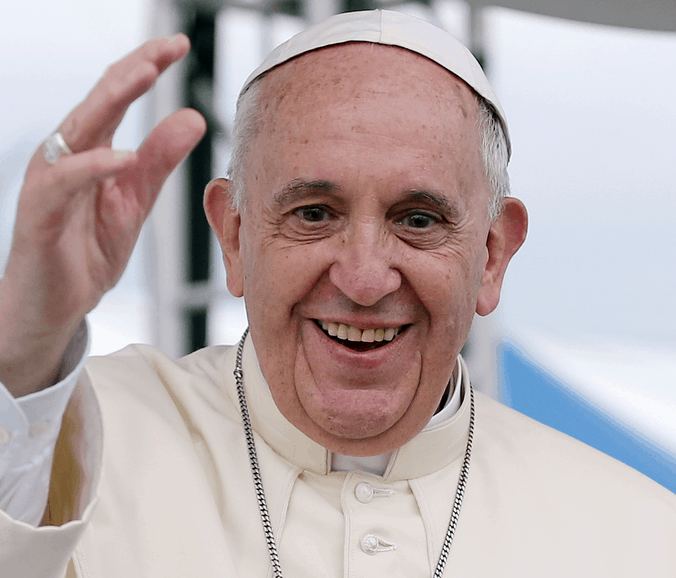 While in Washington D.C. last month, Pope Francis took time to visit a former student, who is openly gay, as well as his partner. The meeting came just one day before the pope met with Kim Davis, the Kentucky County Clerk who made national headlines for refusing to issue marriage licenses because of her opposition to the Supreme Court’s legalization of same sex marriage. Since the encounter between Davis and the pope, the Vatican has said, “his meeting with her should not be considered a form of support of her position in all of its particular and complex aspects.”

The meeting with Yayo Grassi and his partner Iwan Bagus appears to have been planned for some time. Grassi told CNN, “Three weeks before the trip, he called me on the phone and said he would love to give me a hug.” Grassi, 67, was a student at a Catholic school where the pope served as a teacher in the ‘60s. According to CNN, he is also an atheist, but has maintained a close relationship with his old teacher for decades. A Vatican spokesman confirmed the meeting, saying, ”As noted in the past, the Pope, as pastor, has maintained many personal relationships with people in a spirit of kindness, welcome and dialogue.” Grassi told the cable news outlet, “Obviously he is the pastor of the church and he has to follow the church’s teachings. But as a human being he understands all kinds of situations, and he is open to all kinds of people, including those with different sexual characteristics.”

Don’t Be a Pop-Culture Pharisee