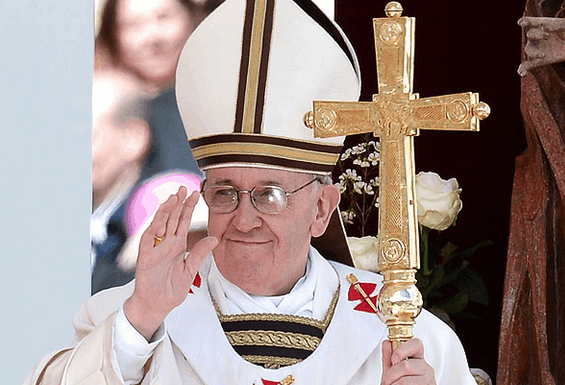 Though the big news from the Vatican this weekend was the canonization of both John XXIII and John Paul II, it was Pope Francis who also made headlines for comments he gave before the event. On Friday afternoon, Pope Francis met with a group of bishops from Africa and spoke out about controversial issues including divorce and abortion. Though he’s been vocal about the church’s opposition to abortion before (he recently called it an “unspeakable crime”), in many occasions, the pope has focused more on issues like poverty and service than controversial ones. He told the bishops:

Abortion compounds the grief of many women who now carry with them deep physical and spiritual wounds after succumbing to the pressures of a secular culture which devalues God’s gift of sexuality and the right to life of the unborn … The rate of separation and divorce is high, even in many Christian families, and children frequently do not grow up in a stable home environment. We also observe with great concern, and can only deplore, an increase in violence against women and children … All these realities threaten the sanctity of marriage, the stability of life in the home and consequently the life of society as a whole.

The Cost of Spending Less

How Many Sponsors Will the LA Clippers Lose?