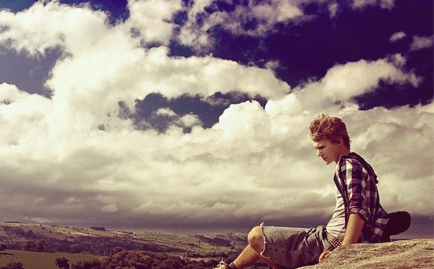 The popular author, journalist and speaker has always been known for his willingness to ask the tough questions. Where is God when it hurts? What if I’m disappointed with God? Does prayer really work? Millions of readers have sought answers and comfort in his books when they’ve faced tragedy, wrestled with doubt or just simply wanted to ask a few questions about God. Yancey spoke to us recently about keeping your faith even in good times, why doubt is never the end and how to gracefully minister to those who are hurting.

Your newest book What Good is God? is an exploration of that question in the midst of difficult circumstances. What draws you to those big faith questions?

Several things. When people do polls on why people do not believe, the problem of pain and suffering is one of the largest reasons for people not believing. If you look at some of those books coming out from the new atheists [like] God Is Not Great. Once again, the problem of suffering is right up there at the top. I think it’s important to me as a writer to struggle with those issues that are obstacles to face.

In a couple of my books, I’ve told the story of my own father who I never knew. I was a year old when he died. He died in one of the polio epidemics of 1950, and people in his church prayed, believing he would be healed. He was planning to be a missionary and they couldn’t see any reason why someone with that kind of potential and that kind of Christian commitment would die. And yet, he did, and ever since, my whole life has been lived under the shadow of some of those questions: unanswered prayer, why do bad things happen to good people? And I think unless the church gets that right, unless the church addresses it realistically, we’re just not going to sound authentic and trustworthy to the watching world.

How does our culture and our era uniquely doubt and question?

I would say, from the basis of my travels, there is a huge difference between those countries that are defined by the technological and industrial revolution and the enlightenment that came out of Europe, and the countries that aren’t.

In Jesus’ day, there probably weren’t many atheists. Even the pagans, the Babylonians, the Assyrians, the people who make appearances in the Bible, they all had their own gods. They all believed there were forces going on. So in that sense, the modern atheism is of a different order, a different kind, because over the years we’ve learned to explain how weather happens, how tornados happen, how thunderstorms happen, how disease happens. And the more we can explain, the more that we remove from that mysterious area that used to be thought of as, “Oh, that’s God’s area.” We can explain a lot of these things now, and that is a different, new kind of thing that is a challenge to the church.

Is there a way to address doubt differently in these various cultures?

In What Good is God: In Search of a Faith that Matters, I wrote it quite aware that there is this whole new atheism getting a lot of press. There are people like Josh McDowell or Alister McGrath who will take on the arguments, the apologetics, as it were, that the atheists are using, and take them on and answer them philosophically. This is not that kind of book. I’m a journalist, not a philosopher. I ask the same questions, but quite frankly, the biggest encouragement to my faith has not been losing an argument or winning an argument; the biggest encouragement to my faith is seeing it lived out in real life. So in this book, I take a look at 10 different situations, some of them quite different situations, some of them horrific, like the Mumbai atrocities or Virginia Tech, and some of them very personal, like prostitutes or alcoholics struggling with the concept of: “Does God love me? Am I accepted?” And I [ask], “Does faith matter, does it make a difference, does it hold up?” I call it the “tabletop test” because in electronics, when a new gizmo comes out, like an iPad, you can have the greatest electronic gizmo in the world, but when you put it out in the real world, people are going to drop it, they’re going to knock it out of an airplane bin, they’re going to knock it off a table. And unless it survives that test, it’s worthless. That’s really how I examine my faith. I came back to faith largely because I saw it lived out in people who sacrificially and humbly follow Jesus, and do it in a way that serves others.

When people pose a question like, “What good is God?” you say they are really asking why doesn’t God intervene more directly in human history. How do you answer that?

I don’t know if I can answer that. Of course, like in WWII, you have to wonder. All God had to do was somehow knock off Hitler, and think of the tens of thousands, maybe millions of lives that would have been saved. I mean, whenever something happens. Why didn’t God prevent this earthquake in Haiti? I can’t answer those questions, nobody can answer those questions. What I see is a pattern, where God is getting ready over thousands of years to turn over the mission on earth to people like us. When Jesus came, He could do the same sorts of miracles. This was the Son of God living on earth, and yet He said, “I’m going away, and it’s actually for your good that I’m going away. I’m turning it over to you.” And all that’s happened in Christian history since then has been a result of Jesus’ leaving, not doing it himself, but turning it over to us with the Holy Spirit living in the church and guiding the church. Man, we’ve made so many more mistakes than Jesus would have on His own. But God seems to take pleasure not in doing it Himself, but in turning it over to the rest of us to see what we can do.

In the book you say that the story of Christianity is Creation. Fall. Redemption. In light of the tragedies everyone faces—the fallen, broken parts of this world—it begs the question: If the fall is inevitable, what’s the point of Creation at all?

There is this phrase in the book of Revelation that says “the Lamb slain before the foundation of the world.” So God was not surprised by human disobedience, human failure, and yet God judged all of history, including the tragedies, including the rebellions, including the crucifixion of His own son, and judged it as worth it. It seems to me that the answer clearly in the Bible is it will be worth it. I don’t think at the end of time anybody will be able to come to God and say, “You made a mistake.” C.S. Lewis says our first words when we get to heaven will be, “Oh, now I understand.” And that is an issue of faith, that’s a leap of faith and of trust, and we have to [decide], is God a trustworthy God or not? We make that decision best by examining Jesus. If we believe God is trustworthy, then we join that process of redemption. We stand on the side of redemption to take the results of fallenness—the brokenness, the poverty, the pain—and demonstrate what God plans to do about those on a cosmic scale someday.

Philip Yancey is an author, journalist and speaker. His newest book is What Good Is God?: In Search of a Faith that Matters (FaithWords). This article is excerpted from a longer piece that appeared in Neue magazine. Click here to subscribe (and really, you should—it’s good stuff, and not just because we have to say that).

The Death and Life of Currents