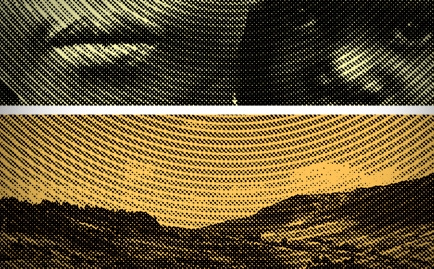 Many would consider Dr. Ron Sider the father of the modern Christian social justice movement. He released his seminal book, Rich Christians in an Age of Hunger,
in 1977 after observing racism and poverty in inner-city Philadelphia.
Since then, Sider has written nearly two dozen books and more than 100
articles on social injustice and biblical discipleship, including Completely Pro-Life,
which ushered in a new “holistic” thinking on what it means to affirm
life in areas beyond abortion opposition, such as capital punishment,
nuclear weapons and severe poverty. Here, Sider considers his legacy
and the legacy of his peers as he challenges a new generation of
“young, radical evangelists” in how they approach justice, relativism,
marriage and homosexuality. He offers four questions, the answers to
which he believes will inform Christianity in the 21st century. The fourth and final question is below. You can read the first question by clicking here and the second and third questions by clicking here.

As you seek to respect the dignity of gay/lesbian people, have you wrestled carefully with the Church’s teaching on homosexuality?

Finally, a question about the complex issue of homosexuality. Are you quickly abandoning what older Christians believe on this issue without carefully examining biblical teaching and the near unanimous history of the Church over almost 2,000 years?

God knows the older generation of Christians have dealt with this issue almost as badly as possible. Many of us were homophobic. We tolerated gay bashers. We were largely silent when bigots in the society battered or even killed gay people. We did not deal sensitively and lovingly with young people in our churches struggling with their sexual orientation. Instead of taking the lead in ministering to people with AIDS, some of our leaders even opposed government funding for research to discover medicine to help them. At times, we even had the gall to blame gay people for the collapse of marriage in our society, ignoring the obvious fact that 95 percent of the people in this society are heterosexual. The primary reason for the collapse of marriage is the fact that the vast heterosexual majority (including Christians) have not kept their marriage vows.

I understand why you are not enthusiastic about listening to older Christians on this issue. But is that a good reason for failing to wrestle carefully with the biblical material and the long teaching of the Church over the years?

I don’t have space here to discuss the details of biblical interpretation on this issue—except to note the primary biblical case against homosexual practice is not the few explicit biblical texts, but rather that in dozens of places, the Bible talks about the goodness of sexual intercourse and always the context is a married man and woman. There are many excellent books on the biblical material: Duke New Testament professor Richard Hays’ chapter 16 in The Moral Vision of the New Testament; Stanley J. Grenz, Welcoming but Not Affirming; and Robert A. J. Gagnon, The Bible and Homosexual Practice (his scholarship is solid, although his tone could be more gentle).

One other fact complicates your task. The dominant media in secular culture are overwhelmingly committed to teaching everyone the historic Christian teaching on sexuality is wrong and that heterosexual and homosexual (or bisexual) practice are equally valid personal choices. Hollywood, TV, intellectual elites and major newspapers are all dreadfully biased. I pray you will let the Bible and the Church, rather than secular culture, be decisive in your thinking on this issue.

And please do not be misled by the theologically confused argument that since we are all sinners (which is true), the Church cannot say homosexual practice is sin. Just because every Christian continues to fail God in some ways does not mean we should abandon biblical norms and stop speaking of sin. Rather, we should reaffirm God’s standards and walk with each other to help each other become more and more conformed to the image of Christ.

Younger Christians are listening more carefully to Church history, especially the writers of the first few centuries. Surely, therefore, you will thoughtfully weigh the fact that for almost 2,000 years, Christians have taught overwhelmingly that God’s will for sexual intercourse is within the marriage of a man and a woman.

Young evangelicals could embrace the Church’s historic teaching without repeating my generation’s mistakes. Andrew Marin (author of Love Is an Orientation) is just one example of how you rightly have gay friends and seek to deeply understand them. You can oppose gay bashing, insist on proper civil rights for gay Americans and help the Church take the lead in ministering to people with AIDS. You can and should insist homosexual sin is no worse than other sins, like adultery, or racism or covetousness. You can and should insist that it is safe and acceptable for Christians to publicly acknowledge a gay orientation (orientation and practice are quite different issues) and seek the support of their Christian community for living celibate lives (such persons should be eligible for any office in the church). In short, young Christians could develop a radically different (and far more Christian!) approach to homosexual persons without abandoning the historic Christian position.

There you have my four questions. Thanks, young friends, for listening to someone who is 40 or 50 years older than you are. On all these issues and many more, you will have to find your own way. Above all, remain unconditionally committed to Christ and uncompromisingly faithful to biblical revelation. I’ll pray for you as you seek to apply biblical faith to your complex world.