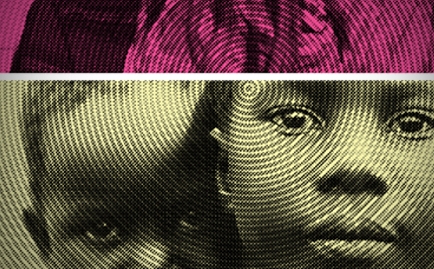 Many would consider Dr. Ron Sider the father of the modern Christian social justice movement. He released his seminal book, Rich Christians in an Age of Hunger,
in 1977 after observing racism and poverty in inner-city Philadelphia.
Since then, Sider has written nearly two dozen books and more than 100
articles on social injustice and biblical discipleship, including Completely Pro-Life,
which ushered in a new “holistic” thinking on what it means to affirm
life in areas beyond abortion opposition, such as capital punishment,
nuclear weapons and severe poverty. Here, Sider considers his legacy
and the legacy of his peers as he challenges a new generation of
“young, radical evangelists” in how they approach justice, relativism,
marriage and homosexuality. He offers four questions, the answers to
which he believes will inform Christianity in the 21st century. The second and third questions are presented below. You can read the first question by clicking here.

Are you in danger of abandoning an affirmation of moral and intellectual truth?

My second question is about truth. You have rightly learned from postmodernism that every person’s ideas and beliefs are significantly shaped by their specific location in space and time. Do you still believe there is moral and intellectual truth?

You are certainly correct to point out that Christians over the centuries, including this generation of older evangelicals, have been perversely shaped in their thinking by surrounding society. St. Augustine said dreadful things about sexuality, and Luther penned terrible comments about Jews. In my lifetime, too many older Christians were blatantly racist and homophobic. They largely ignored the hundreds of biblical texts about God’s amazing concern for justice for the poor and marginalized. One older Christian friend of mine told me 35 years ago that he had gone to evangelical Bible conferences for 60 years and never once heard a sermon on justice.

Far too often, older Christians have made absolute claims about their theological affirmations. We failed to see clearly that every human theological system contains human misunderstanding that comes from the fact that every theologian is a finite, imperfect, still painfully sinful person. Young Christians have learned we must be far more humble in our theological claims.

But does that mean truth does not exist? Sophisticated postmodernist thinkers say yes. All “truth” is simply a human construct produced by different groups of people to promote their self-interest. At the popular level, relativism reigns. Whatever I feel is right for me is “my truth.” It is outrageous intolerance to tell someone else they are wrong.

But finally, that kind of relativism—whether the sophisticated or the popular variety—does not work. If truth does not exist, science and civilization collapse. If, as Nietzsche claimed, no moral truth exists, then society is simply a vicious power struggle where the most powerful trample the rest. As the famous atheist philosopher Bertrand Russell said, those who have the best poison gas will have the ethics of the future. One of the best Christian antidotes to this kind of modern relativism is Pope John Paul II’s great encyclical The Splendor of Truth.

The fact that my (and every other human) understanding of truth, justice and morality is dreadfully imperfect does not mean intellectual and moral truth do not exist. God is truth. Christ is the truth. The Bible is God’s revealed truth, even though my understanding of it is very inadequate. That God is  Father, Son and Holy Spirit; that Jesus is true God and true man; that Jesus rose bodily from the dead; that Jesus’ life, death and resurrection are the only way to salvation for everyone—these are unchanging truths that will always be essential for every generation of Christians, even though we finite human beings never fully understand them.

Not everything must change.

Contemporary culture confuses relativism and tolerance. In so many circles, it is considered intolerable to say someone else’s behavior and beliefs are wrong; but I can and should respect other people and defend their freedom to say and do things I consider wrong without abandoning my assertion that some actions are moral and others are immoral. We must vigorously reject society’s equation of tolerance with relativism.

My prayer for this generation of young Christians is that you learn from postmodernists the many complex ways our ideas and beliefs are shaped by our social setting without abandoning the historic Christian affirmation that moral and intellectual truth exist because they are grounded in God.

Will you honor your marriage vows?

Third, a question about marriage. Will you young Christians be more faithful in keeping your marriage vows than my generation?

I weep over the pain and agony so many of you have experienced in your homes. Through no choice of your own, you had to suffer the anguish of broken families. So few of you enjoyed the security of knowing Mom and Dad would be faithful to each other for life. It saddens me to realize some of you even fear to marry because of the pain you experienced due to your parents’ broken marriages. That your Christian parents got divorced at the same rate as the rest of society is one of the most blatant markers of Christian failure today.

The widespread agony in so many evangelical homes is a striking contrast to the joy of good Christian marriages. God’s best gift to me, after His Son, is my wife, Arbutus, with whom I expect to celebrate our 50th wedding anniversary this August. Of course we had troubled times. At the worst time, we needed the gifts of a wonderful Christian marriage counselor for six months. But the ongoing joy of a wife and husband growing together in mutual submission over many decades is an amazing gift of our Creator. And yes, even at 71 years of age, the sex is still a delight.

The older I grow, the more certain I am the Creator’s design for sex and marriage truly works better than the alternatives. For a couple years before our marriage, I carried a note in my wallet promising God and myself to wait until marriage. At the hardest times in our marriage, when I was severely tempted to commit adultery, God’s holy commands protected me. Working through our painful struggles rather than running away from them has led to decades of happiness.

I want to plead with young Christians. Please resolve now to keep your promise to your spouse and children. Please live out a wonderful model of joyful, mutually submissive marriages that bless your children with security and goodness and attract non-Christians to the Savior. Forgiving each other for failures, working through the inevitable problems and growing together for a lifetime are better for your children, better for the Church and better for society. That is also the way to more lasting joy for yourself.

One related question for you to ponder if you are not married: Can you look into the face of Christ and say, “Lord, I believe with all my heart that the way I am relating physically to others is pleasing to you”? If you cannot do that, are you willing to ask Christ to help you change your behavior so it truly pleases the Lord? If you are not willing to behave now sexually in a way that is biblically obedient, why do you think you will later keep your marriage vows and spare your children the agony you have endured?

My young friends, the Creator’s way really works much better than today’s sexual promiscuity. I believe with all my heart that your generation can, in the power of the Risen Lord, keep your marriage vows, experience joyous marriages and thereby live winsome models of marital fidelity and happiness. I beg you, make that your goal and then by God’s grace do what it takes to reach it.

The Danger of Being the Same

Under the Radar: Brooke Annibale