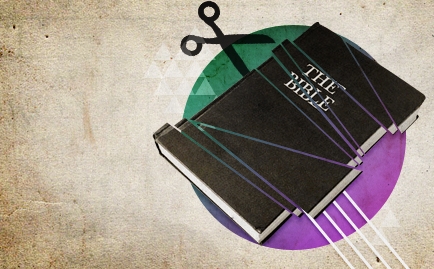 Editor’s note: This week, we’re taking a look at some of the
"Best of RELEVANTMagazine.com" from 2010. This article was so widely read when it was first posted that it took us by surprise. And the comments stayed pretty insightful. Some of you took issue with the description of Jeremiah 29:11 as the "most" misused verse—and provided your own opinions as to what verse that actually is! Others said that Chris missed the larger point of the Bible, which is that God does bless and grant favor to those who follow Him. So revisit this article, and chime
in to the conversation below.

“Jeremiah 29:11 is one of the most misused promises in the whole Bible!” a teacher of mine once proclaimed. I nodded in agreement when I first heard my teacher say that, but to be honest I couldn’t tell you what he meant. “For I know the plans I have for you, says the Lord, plans for welfare and not for evil, to give you a future and a hope” (Jeremiah 29:11, ESV). What’s wrong with applying that to our lives?

Here’s how I learned the hard way: I first had the promise of Jeremiah 29 offered to me in a greeting card at my college graduation. Two “Precious Moments”-type figures prayed on the front of a card, and on the inside was God’s promise to give me a future and a hope. Naturally, I knew exactly what God’s future and hope meant for a person in my situation: a job. I had already begun looking for work, and the verse from Jeremiah was a boost to my confidence.

I spent most of the next year trying to find work. I sent hundreds of emails, revised dozens of resumes and cover letters. I perfected the “just checking to see if you received my application and would like to set up a time to talk” phone call. I had a few good interviews but no offers.

In this rather pitiful way, my job-seeking failures evoked a crisis. What was God waiting for? I asked. Where was my future and my hope? And why was God not providing for me? As I waited for answers to these questions, I learned how to read Jeremiah 29 differently and, even more importantly, how to recognize the subtle ways that my view of God had been twisted out of shape.

Learning to re-read Jeremiah 29 required me to back up and understand the story of Jeremiah, especially chapter 28. That earlier chapter records a confrontation between the prophet Jeremiah and another prophet named Hananiah. They are standing in the Jerusalem temple—which is empty because the Babylonians had ransacked the city—when Hananiah makes a bold promise: God is going to restore Israel in two years. (Two years!) All the things that were stolen, all the people forced into slavery, everything will be better in two short years. The tens of thousands of people living in exile will be coming home soon.

Jeremiah recognized exactly what kind of promise this was. It sounded good in the short term and would make Hananiah and his supporters very popular. Hananiah may even have believed the promise himself. But it wasn’t true. God had no plans to make everything better in two years. Speaking through Jeremiah, God says to Hananiah, “You have made these people trust in a lie.”

We often read Jeremiah 29 like it is good news, plain and simple. But to the first people who heard those words, they were a tremendous disappointment. God’s people had suffered terribly. They had lost their land, their throne, their temple. Before Jerusalem fell in battle, the people had given in to cannibalism. They were then force-marched 800 miles and paraded (literally) through a pagan city in which they were now considered as the living symbols of the power of that city’s god.

It was into this kind of despair that Jeremiah offered God’s promise: “I know the plans I have for you … plans for your welfare and not for your harm, to give you a future and a hope.” They were not easy words to hear. Jeremiah promised that God had a plan that was certain and inevitable. But it would not unfold on Israel’s timetable. It would not simply undo Israel’s hardship. Yet the promise stood: God would fully restore His people and bring them out of their desperate situation, but He would not do it in the way any of them would have planned it.

All along I had heard Jeremiah 29 like I was listening to Hananiah—as if God would work out everything for my benefit in the near future and in ways that made sense to me. This is what my teacher meant about misusing God’s promise: we take Jeremiah 29 out of its context and hear in it the promises we want to receive.

When we realize our interpretation of Jeremiah (or any passage) has given in to such a misreading, we should step back and consider how we arrived in a place where God more closely resembled a vending machine than our creator and savior. It was Martin Luther who quipped, “What the heathen had in their wood, we have in our opinions.” He meant by that saying to remind us idolatry still exists. The form of it changes in every generation, but the tendency for us to exchange the truth of God for a lie continually confronts each person. We have a startling capacity for self-deception.

With that in mind, it’s noteworthy that God speaks in Jeremiah 29:13–14 and says, “You will find me, if you seek me with all your heart … and I will restore your fortunes and gather you from all the nations and all the places where I have driven you.” The blessing (the restoration) is directly tied to being in right relationship with God. And being in right relationship flows from seeking “with all your heart.”

There are many ways to keep in check our subtle tendencies to twist God’s promises and plans into caricatures of what they really are. We can read the Bible with a greater sensitivity to context. We can open our thoughts about God and Scripture to others. Perhaps the most important way, however, is it to recommit ourselves to seeking God. Seeking God will not always result in fixes for life’s problems. Instead, it will cause us to realize we live within a much bigger story—one in which God resolves the disappointments of life in ways that far exceed our shortened sight.

Chris Blumhofer is a freelance writer and lives in Durham, NC, and is pursuing ordination in the Presbyterian Church. He has written for Out of Ur, Leadership and Faith & Leadership.