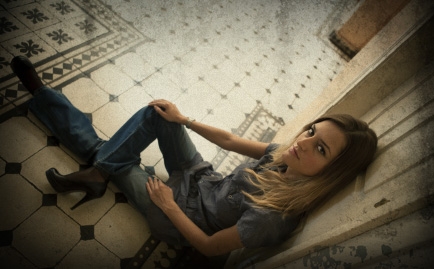 Since abortion was legalized in 1973, the National Right to Life Foundation has reported nearly 49,000,000 deaths at the hand of this act. That means every day there are approximately 3,600 abortions, with nearly half of these performed on women who have already had at least one.
These statistics shocked me—until my children and I became a part of them. Although I am a single, 29-year-old with no living children, whenever people ask me if I have kids, I usually say that I am the mother of aborted children. Four to be exact. It’s okay to read that line over again. I know it is alarming enough to hear a woman—especially one who professes to be a Christian—admit that she has had even one abortion, let alone more than one. But sadly, many women share my testimony. I am not trying to justify my past decisions because there is no justification. From conception, there is a plan for every life, including those victims of abortion. By sharing my story, I hope to provide healing for women ridden with guilt and self-condemnation due to abortion. But I am also praying that this will reach those who haven’t had premature sexual relationships (which is any relationship prior to marriage), those who are currently sexually active and, yes, even those who may have recently read a positive sign on their pregnancy test. I want to be a voice in a place that seems to be literally deathly silent—the Church.

I came from a Christian home in an environment where premarital sex was not just a taboo subject; it was clearly forbidden. Although I had friends and dressed and acted like a typical teenager, there were solid rules set—in fact, I did not have my first one-on-one date until my senior year of high school. And I did not lose my virginity until the second semester of my freshman year of college—to a man whom I let talk me into not using a condom.

It was Fourth of July weekend, approximately four months after I started having sex, when I saw a positive result for the first time on a pregnancy test. The only thing I could think was: “My mother’s going to kill me. I have no money, and I am not ready.” The thing is, when you’re pregnant, you really don’t have a choice—you have to become ready. I wasn’t ready to accept that.

So I raised $400 under the guise of an emergency and went alone to a clinic—not even with the man who I was so “in love” with. I don’t have the horror stories that many other women tell about the actual procedure because I elected to be put to sleep. So, I heard no vacuum sounds, I saw no blood-filled glass jar and I felt no physical pain. However, I did receive a prophecy. Right before the procedure, the nurse told me: “I’ll see you next year. Eighty percent of all women return within a year.” That was July of 1993. I returned August of 1994.

While the anesthesia put me to sleep during my two abortions, denial was the drug of choice for my spiritual and emotional stability. I listened to the pro-choice counselors who told me that it was my right to choose the life of another being rather than listen to God’s Word and the studies about miscarriages, tubal pregnancies, eating disorders, substance abuse, fibroid tumors, deep-rooted depression and suicide attempts as a result of having an abortion. And because grief manifests itself in many ways, rather than shedding tears, I jumped back in the sheets with several men who never had any intention of commitment. I didn’t value myself, so why would I expect anyone else to? Deeper than that, why would I highly esteem a part of me, like a baby, when I did not like myself?

The saying goes, “The definition of insanity is people who do the same thing expecting a different result.” While it was several years before my third termination, my mindset remained the same. I was just coming to grips with the abuse I had experienced as a child. That, coupled with the severely low self-esteem that ailed me daily, caused me to subject myself to another man without protection—physically or emotionally. I became pregnant once more, and when he begged me to abort, I did—again, at the same place, for a slightly higher amount, but with the same nurse and the same anesthesia.

Still insane, I had a few more pointless relationships until I met the man who fathered my last child—the man I really believed loved me, the man with whom I never thought I would have to experience a clinical moment.

Dec. 4, 1999, after weeks of arguing, I was pressured to terminate. I wanted him to love me so much that his needs took precedence over mine. But this time it was different. Because the state had a cap on how many abortions a woman could have, we traveled to another state. This time, there were protestors and picket signs with pictures of baby body parts. This time, the father of my child hit someone who tried to attack me as we walked to the entrance. This time I saw the picture of our child on the ultrasound. And this time, I left completely devastated.

My world crumbled. I mourned that pregnancy more than any other. I was growing weary of the cycle. I went into a deep depression while contemplating suicide. I was murdering my children, so my own death seemed to be a natural progression. For the first time, I no longer saw my children as problems, inconveniences or issues that took a back seat to my own.

I realized that my decisions were not just about me. For every person, God has a plan, and when we decide to “play God,” we are aborting the mission of others. There’s no telling what God desired for my children to do—what generational curses they could have broken, what destinies they could have fulfilled, what lessons they could have even taught me in my own stages of development.

Today I’m finally aware of my value in Christ and am free from guilt, but I’m still conscious of the fact that forgiveness does not always absolve consequences. I pray that God will entrust me with yet another one of His children, but like Moses, sometimes we are led to take people to the Promised Land, even if we are never able to enter it for ourselves. No matter what the future holds, this reality I am prepared to face.

For those who may be pregnant, just as God has a purpose and mission for your life, so does He for your child. I know it’s scary and embarrassing and you don’t know how you’re going to provide for you and your baby. But the same God who created this miracle of life is the same one who will make a way. For those who have already terminated, healing is a long road to travel, but it does exist. Ask God for forgiveness and then make the daily conscious effort to forgive yourself. Don’t let your parents, your church, your friends or the enemy tell you otherwise.

Editor’s Note: This article was originally published by RELEVANT in 2003.

In Pursuit of Your Passion