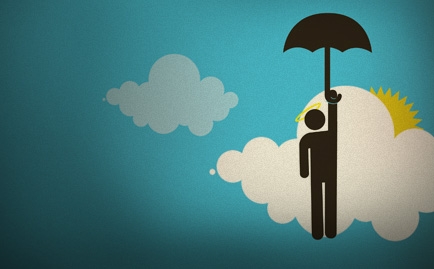 At Vacation Bible School in 5th grade, I learned a song with a chirpy chorus that proclaimed “Heaven is a wonderful place … filled with glory and grace.” It was catchy—I still remember the tune—but I had no idea what it meant. And honestly, I still don’t. The lyrics are optimistic and encouraging but hard to visualize. Just like the Bible’s descriptions of Heaven.

Most of the heavenly biblical account seems to indicate we’ll spend our eternity in a place filled with the presence of God and lit by the dazzling brightness of his glory, a place where sickness has been banished, where sin is absent, where sorrow is no more. It’s a land of healing and eternal bliss and infinite goodness.

We are finite creatures. Knowing how to even begin thinking (or singing) about something infinite is a real problem. So at some point in our cultural history, we set aside the ethereal thinking and approached Heaven from a new angle. This direction was lots more accessible. We replaced the glory and light and divine presence with stuff borrowed from a 10 year-old girl’s bedroom: puffy white clouds, rainbows, twinkly music and blonde baby angels wearing white robes. We took the most profound idea in Western philosophy and turned it into the lamest place possible.

When it comes to heaven, we Christians have allowed our culture—which includes the Church—to really ruin our thinking.

A few weeks ago, I wrote about what the Bible really said about hell. Let’s turn the coin over. What does the Bible say about heaven? How close does it match what we think we know?

Eight Surprises about Heaven (with Help from N.T. Wright)

Does your brain hurt yet? Mine does. Which means it’s time for a quick personal confession. When you write a book about a certain subject, people assume you are, in fact, an expert in the subject. In a sense, that’s almost true. You know more about the topic than an average person. But a legitimate expert? Hardly.

I’ve written books about the end times, the saints, the afterlife, and the Bible. Am I an full-fledged expert on all of these topics? No. I have a wall positively uncluttered with theology degrees to prove it. What I am is insatiably curious. And I’m a halfway decent researcher who has, I guess, a knack for explaining things. I’ve been lucky enough to spin these explanations into books.

I am confessing this to you so you know this: I don’t have all the answers. The more I learn, the less I understand. I see my black-and-white beliefs become gray.

I grew up believing in two potential destinations for my soul: a physically burning hell and an up-there heaven. I was taught that my life was just a fleeting preparation for that eternity beyond the Pearly Gates. So as a kid, I spent a lot of emotional energy worrying about avoiding hell and getting my ticket punched for heaven. But as an adult, I’ve taken a serious look at what the Bible says, and am discovering it doesn’t always match up to what I’ve been taught. When I read N.T. Wright, I spend half the time smacking my forehead and saying “Of course!” and the rest of the time wishing I had more brain cells, because the Bible is so hard to figure out. Heaven, hell, the soul, eternity … these are such important concepts. Couldn’t God have communicated them to us in a way we could understand without an advanced degree?

I am a writer and a teacher, but not an expert. I can tell you what certain theologians say about the Bible. I can point you toward what it appears to say, but don’t think for a minute that I get it. Because I don’t.

Do I hope for heaven? Of course. Do I hope there’s an eternal element to who I am? Certainly. Am I certain about what I believe? Not in the slightest. I’m telling you this because I want you to know you’re not alone in the uncertainty. I’m right there with you. I try not to let the confusion paralyze me. I keep searching. I approach the Bible with humility, and I seek out the smart guys while also trying to hold tightly to Jesus. Because smart only goes so far. Eventually, you have to take a step past reason and into the fog of uncertainty. That step? It’s called faith.

Jason Boyett is the author of the Pocket Guide series of books, including Pocket Guide to the Afterlife. He has a blog and is on Twitter. His next book, O Me of Little Faith (Zondervan) releases in the spring and is about his journey of faith and doubt.

Charlie Brown and the Pain of Believing