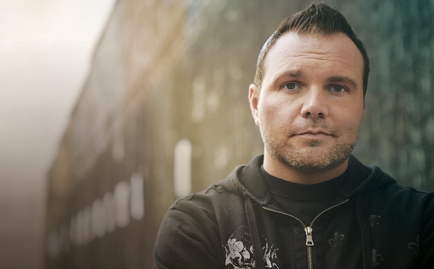 Controversy has never been far behind Mark Driscoll, the founding pastor of Mars Hill Church in Seattle. Most notably, his outspoken support of a complementarian view has sparked debates anew around gender roles within the Church. And his infamous comments on Jesus’ masculinity—he has written that the mainstream church has transformed Jesus into a “Richard Simmons, hippie, queer Christ,” a “neutered and limp-wristed popular Sky Fairy of pop culture that … would never talk about sin or send anyone to hell”—certainly pitted many against him. However, the reformed pastor has only risen in popularity and his loyal following has grown to include a large number of churches through his Acts 29 network, an average of 84,000 weekly podcast listeners and more than 61,000 Twitter followers. We talked to Driscoll recently about his new focus on doctrine, whether he regrets some of his more controversial statements and why he believes immature men are the Church’s most urgent crisis.

You are focusing on doctrine quite a bit right now in your writings and teachings. Doctrine seems like a word we should all agree on the meaning of, but that isn’t always the case. What’s your definition?

Doctrine is found, actually, in the Bible. Paul says, for example, at one point to watch your life and doctrine closely. So he connects how you behave and what you believe—that you need to pay careful attention to both because what you believe determines how you behave. So for me, doctrine are those core, essential, necessary truths of Scripture from Genesis to Revelation that help us understand who God is, and how the world was made, and our role in the world, and what went wrong, and how Jesus is our Savior and what God’s big plan is in the end. So it’s the big ideas that anchor the world, and God and our place in relation to God and the world.

What would you say is the difference between doctrine and dogma?

When I hear the word “dogma,” I think of the taking of secondary issues and making them primary issues. I always use the language that there are “open-handed issues” and “closed-handed issues.” Open-handed issues are those issues which Bible-believing Christians can debate over, disagree over, even discuss over, but not divide over. The closed-handed issues are those issues we really have to remain committed to, to remain Christian. So for me, in the doctrine book [Doctrine: What Christians Should Believe], I had to really work hard along with my co-author, Gerry Breshears, on those issues that should be in the closed hand, and also talk about the various issues that need to remain in the open hand. I think dogma is putting everything in the closed hand—being absolutely dogmatic and contentious about things that, quite frankly, aren’t as clear in Scripture as other things. So there are issues in the Bible, like eschatology issues surrounding Jesus’ return, speaking in tongues, some things like that where you can love Jesus, and believe the Bible, and disagree on and still be a faithful Christian. There are other issues, like the Trinity or the resurrection of Jesus, you have to be very clear on to remain Christian.

You’ve talked a lot about twentysomethings today living in a sort of extended adolescence. Why do you think that is?

It’s just extended adolescence, where 20s, 30s, sometimes even in his 40s, he doesn’t really want to get married, doesn’t really want to have kids, doesn’t really want to pursue a career. He has a lot of hobbies, got a lot of buddies, watches a lot of porn, gambles, has a lot of fun, maybe plays in some band or is in a guild of World of Warcraft, or something ridiculous like that. And they’ve even got little [mottos] like, “It’s all good” and, “Bros before hos.” It’s just this whole adolescent, juvenile culture. Kind of the Adam Sandler-esque view of life, and there is this whole genre of comedy movies built around these kind of inept, irresponsible, immature guys, and I think part of the problem is, as well, that the Church in large part has accommodated that.

Those guys tend not to go to church. If those guys do show up at church, it’s usually just to find a couple of gals to break the commandments with. And the Church doesn’t really know what to do with them, so the least likely person in America to go to church is a guy in his 20s who is single. Without knowing what to do with those guys, they commit crimes, they get women pregnant, they’re a drain on social services, they don’t raise their kids, they don’t contribute to church, they’re not getting ready to lead the next generation. I’d say it’s nothing short of a crisis, it’s a real problem.

What do you think has created this “guy” phenomenon?

Part of it is the unintended consequences of divorce. Forty percent of kids go to bed at night without a father. Not to be disparaging toward single moms, but if you’re a single mom and you’re working 60 hours a week, and you’ve got a boy, and he’s home all by himself with no parents and no dad, he’s just going to be hanging out with his buddies, feeding himself pizza rolls.

Several years ago, you were regularly in the press for your controversial statements on gender roles, but now it seems like you’re steering away from those conversations. Was that intentional?

I don’t know, I’m always getting in trouble for something. I’m just really focused on, at this point, men and women. It’s really interesting because if you took all the women in my church who were sexually abused, raped, molested, assaulted in some way, I’d still have a megachurch. I’d have a couple thousand victims. So a lot of my time is spent with women who are abuse victims, it’s a huge part of what we do, and guys who are totally responsible and part of the problem. That’s where my focus has gone in part because of the demand that’s in our church and because of the people who I’m dealing with.

Do you regret any of those statements about gender roles and Jesus’ masculinity?

Oh my gosh. I have been preaching and teaching now for 13, 14 years. In Malcolm Gladwell’s book, he says it takes 10,000 hours of something to become an expert. Preaching and teaching, I’ve gotten in about 10,000 hours. I’ve published I don’t even know how many books, blogs—it’s a crazy amount of content. If I could hit control-alt-delete and go back and do like they used to in Men in Black and just hit a button to make certain people forget certain things, that would be awesome.

My hope, my prayer, my goal is to do better, by God’s grace, to learn, to grow, to be sanctified and mature—to be less shock-jock and more Jesus-centered. I’m turning 40 this fall, so I can’t get away with, “Oh, he’s young.” I’ve got five kids, I’m not young anymore, I’m a tired old man. But I’m hoping God gives me enough years, maybe 30, 40 more years of service, that when it’s all said and done, I will have had enough time to correct some mistakes I’ve made and learn how to more clearly articulate some things I believe. So I’m trying to learn as I go.

A longer version of this article originally appeared in Neue magazine.

Why 9/11 Isn’t About Quran Burning