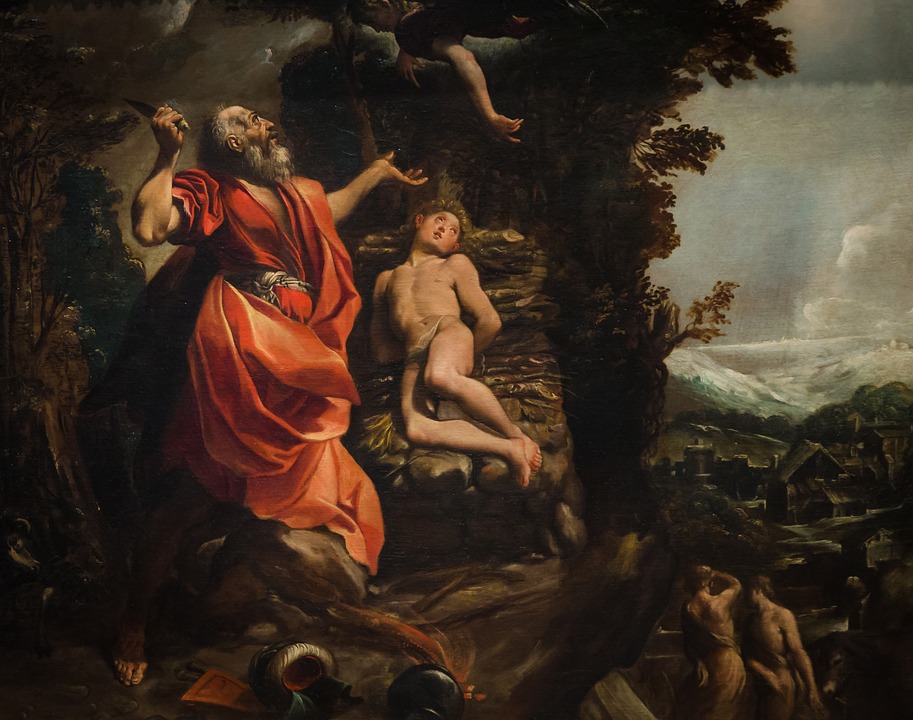 A close encounter with Christianity is an encounter with a God who is capable of anger. Whether we are reading about Moses pleading with a furious Yahweh who wants to wipe out the complaining Israelites and start all over in the book of Exodus (Exodus 32:10-11) or God’s general wrath towards stubborn and unrepentant people (Romans 2:5). The anger of God is not an uncommon theme in Christian theology, either, from Fire and Brimstone Baptist preachers to the famous sermon from the Great Awakening, “Sinners in the Hands of an Angry God” by Jonathan Edwards.

But it’s also not a distant theme in most of our lives as we continue to sin despite being made new in Christ. When we sin it can be difficult to see the infinite grace of Jesus’s death on the cross being offered to us. Instead, the angry face of God can loom menacingly over us even as we turn to His Word for comfort and the promise of forgiveness. Over time, we stop seeing anger as something God experiences in response to sin and start perceiving God as angry – as if anger is part of His very character as much as love.

Current research on the role and function of emotions in the field of psychology might help us understand God’s anger better. Emotions are described as being either primary or secondary. Paul Ekman’s research led him to identify six primary emotions: anger, disgust, fear, happiness, sadness, and surprise. All other emotions are secondary, meaning they are expressions of a primary emotion in their deepest roots.

For example, the emotion of shame might be really an experience of fear. A child who breaks a vase feels shame because her dad has been angry in the past with her for breaking things and she is afraid of being made to feel inadequate and small. But the feeling of fear in the child, although primary, is masked by the greater emotion of shame.

John Gottman, who has worked with marriages and divorces for over four decades, notes how anger can also be a secondary emotion. Gottman describes what is called an “Anger Iceberg” where the anger that we often see is only a small part of the experience. So when I get angry at my partner for scrolling through her phone even though I’ve been cooking dinner and cleaning up around the house there is more than likely a more primary emotion that is at the root of that experience. It might be sadness that I don’t feel respected for the hard work I’m doing or fear over a possible argument if I bring it up. I might be hurt or overwhelmed and anger is just the manifestation of these unvoiced or even unnoticed emotions.

Anger Is a Response to Sin

It seems to me that anger is both a primary and secondary emotion experienced by every human being. But I do not think it is a primary emotion to God and I don’t think it was intended to be a primary emotion for humanity, either. Anger is a result of the Fall, because as Dr. Stephen E. Diamond puts it, anger can be “an appropriate, natural and healthy response to frustration, injury, insult, and anything that threatens one’s survival or psychological integrity.” Without sin there would be no frustration, injury, or threat to survival or personal integrity.

God is not anger. Anger is God’s response to sin, harm, and death. And we weren’t designed for anger either – it is an internal response to the introduction of sin and death. I find it more helpful to understand God’s anger as a secondary emotion that allows me to dig deeper under the iceberg to look for the primary emotions behind God’s communication and experience of anger.

What I have found is that the God of the Bible is defined by His infinite goodness. He declares His love, His design for justice and equity for all people, the dignity of His creation and the love for His only son, Jesus, and He is ultimately passionate about seeing the glory of these things realized in the world. When they are trampled on, unrepented of, embraced and represented as good His anger is expressed. But behind that anger I see sadness described as regret (Genesis 6:6). I see in God an immense sadness over sin, death, and abuse in the world. I see disgust as the image of God in each human being is trampled on when there is slander, slavery, murder, racism, and cold hearted inequality. I see envy when we lose sight of the eternal value of the cross and the Resurrection, when we turn away from Him to lesser things and praise them as ultimately fulfilling.

It doesn’t make God’s anger nice and tidy or easy to digest. An angry God is a jarring image, as it should be. But it does help me in my path to know God because I don’t have to see Him as defined by anger but defined by His goodness and mercy. Anger is the result of his great desire for good being twisted and abused because of sin. May our own experiences of anger mirror that great desire.

Tim Woody holds an MDiv from Covenant Theological Seminary and is currently pursuing a Master's in Counseling. He serves as the Family Ministries Director at Central West End Church in the City of St. Louis.