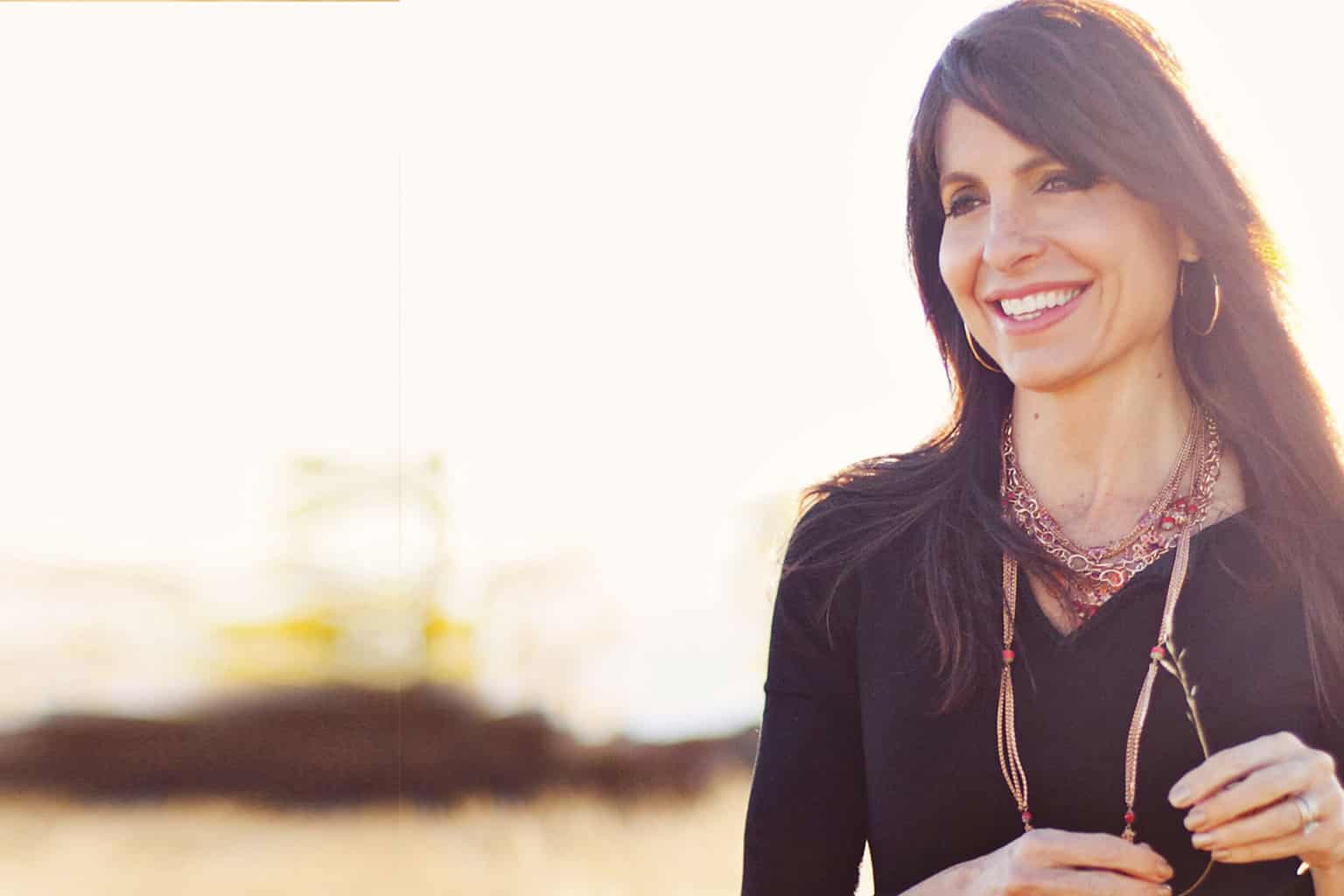 In her newest book, Adamant: Finding Truth in A Universe of Hate, Lisa Bevere tells us that we can look for answers and hope in news feeds or people, but we will always be disappointed. Our adamant, unchanging God is the only place we can go and find our longings fulfilled. So why not cut through the noise of our times, and search for hope in the one who does not change?

We got to chat one-on-one with The New York Times best-selling author about her new book and what the word “adamant” truly means.

RELEVANT: What inspired you to write this new book Adamant?

Bevere: Well, I don’t know if you’ve noticed, but lately it seems like up is down, right is wrong, red is blue … anything we ever had as some kind of civility, foundation, boundary in our life has been brought into question. So I actually tend to write the books I need to read. I embarrassingly enough am an ENFP and an Enneagram 7. So I actually have to ground myself or I am just a balloon that will float away with everyone else’s emotional experiences. I have to say what I believe and why, so this book is actually my journey on that.

Tell me about the title, Adamant. Why that word to summarize this idea?

In 2005, I was actually sent this anonymous letter by this person, I still don’t know who they are. But they used that word, adamant, five times in kind of a prophetic word to me. And at the time I thought that adamant meant stubborn and unyielding and I was thinking, “What exactly is this person calling me? What are they suggesting that I need to be?”

So time passed, and in 2016 I found myself in all these conferences: There were “diamonds” everywhere and I thought, okay there’s sex trafficking, there’s refugees, there’s genocide going on, and American women are twirling around in T-shirts calling themselves diamond. And I was really annoyed. Back in my hotel I was like, “Lord I need to minister, and I need to have the right attitude.”

So I called home and got one of my sons to go on top of my desk and pull out this black box. I told him, “There’s this shiny paper prophetic poem thing, can you read it to me?” And he screenshot it, and I saw this word, and all of a sudden I started going down this rabbit hole and I said, wait a minute. Adamant was first a noun before it was ever an adjective or an adverb. It meant invincible. The Greeks had this idea of a mineral or a stone that’d be impervious to heat, that it would be magnetic, where it could gather light rays and redirect it. That it would be woven so tightly that every lesser stone or metal would fragment underneath it and they called it adamant.

I was like, wait a minute, Jesus is the adamant. Jesus is that invincible constant unyielding stone. And God is as adamant in love as He is in holiness. He is complete and constant. He never changes, which means I get to change. … This is this idea where he’s saying I have loved you with an everlasting love, not I will love you once you’ve earned it. I have loved you. So we’re in the stone. We have to actually say do we really believe that truth is a rock or do we think it’s a river like culture is telling us? Because if it’s a river we’re gonna be taken down stream.

You mentioned that some of the things you believed were things of change. As you live and grow in life, I feel like that is a natural part of maturing everyone has to go through and evaluate. What do they think, what do they believe? But then also holding on to those core things that are stable. How do you decide between those things?

I think there are certain things that are not issues of salvation or truth that you can change my mind on. So I’ll use this for example: 10 years ago, I would have been like drinking is always wrong, it’s Satan, it’s evil. Why would I be that way? Well, two reasons: My dad was an alcoholic so I saw the destruction of that. When I became a Christian I was pretty sure I was already an alcoholic, I had started drinking at 14. And at 21, when I became a Christian I was on the wagon. But then I realized it’s the misuse of it and misappropriation of it. It’s OK for me to have a glass of wine when I’m on vacation in Italy with my husband. I’m not gonna go to hell. But that was never an issue of salvation. But that was a extrapolation from my experiences and my past, and I was like I’m gonna make it legalism because I can’t know how to navigate it with wisdom and knowledge. It wasn’t like it was ever wrong it was just my perspective.

I love that you mentioned perspective. Obviously there’s truth. How do we know though, that we are perceiving that truth correctly?

See, now I would almost say that that’s not truth, that’s true. There are things that are true in the moment that will not be true next week. So there’s a difference and I think that’s something that we need to highlight. Truth does not move. It’s an ancient boundary line. It’s not fluid. It’s eternal. So I think there’s things that are true, and then there’s truth. I think that when we begin to blur those lines, we don’t understand. Jesus didn’t say I’m true in this moment, I’m present for a short time. He put Himself in an eternal realm. I will never leave you or forsake you. So we have to be able to separate the truth that’s attached to the eternal. And the true that’s attached to our day.

RELEVANT: So when someone reads this book, when they close it and walk away, what’s one thing that you really hope they take with them?

I hope they’re going to be able to receive the love of God, personally. And the ability to discern between truth and love. So I want them to merge those things where I’m like, okay am I speaking in truth and love or truth without love or love without truth. I want to start conversations. I don’t think I know it all. But I do think we need to have the right conversations with the right people. And I don’t think social media is the right “people.” It might be the right conversations, but we’re doing a lot of things right now where we’re kind of going, wow, look at the bride, isn’t she such an idiot? We’re so smart, they’re just stupid. That’s not helpful.

I think that I really wanted to see conversations happen. I don’t like that 80 percent of millennials are leaving the Church because they feel like the Church is mishandling certain things that I think if we had the right kind of conversations we’d be able to handle it better.