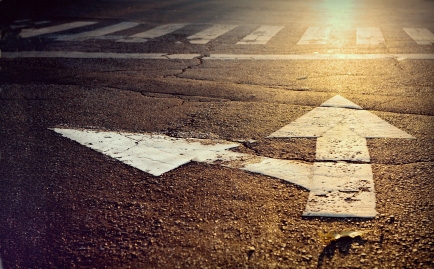 In some ways, there has never been a better time than today to be a Christian. Thanks to the wonders of communications technology, we’re able to connect with believers across the globe. We’re able to see what God’s doing in other cities and other countries within seconds—and with the click of a button, we can have access to the best communicators of this generation. But, in all of human history, there has never been a better communicator than Jesus.

In his three-year ministry, Jesus spoke to small groups of followers and massive crowds. So captivating was His teaching that crowds stayed and listened all day, forgetting to even go home and get something to eat (see Luke 9:10-17). Everyone—from the meekest peasant farmer to the mightiest political ruler—wanted to hear Jesus. And those who heard Him were astonished, “for he was teaching them as one who had authority” (Matthew 7:29).

As we read the Gospels, we see that Jesus commonly used parables, stories that illustrated spiritual and moral lessons. And as we read them, we often find ourselves scratching our heads and asking one question:

Why did Jesus choose to speak in parables when speaking plainly would be so much more effective?

In Matthew 13:10, we’re told that the disciples came to Jesus and said to Him, “Why do you speak to them [the crowds who came to see Jesus] in parables?”

They wanted to know: What did He expect to accomplish by not speaking plainly to the crowds?

His answer is fascinating:

To you it has been given to know the secrets of the kingdom of heaven, but to them it has not been given. For to the one who has, more will be given, and he will have an abundance, but from the one who has not, even what he has will be taken away. This is why I speak to them in parables, because seeing they do not see, and hearing they do not hear, nor do they understand. Indeed, in their case the prophecy of Isaiah is fulfilled that says: “You will indeed hear but never understand, and you will indeed see but never perceive. For this people’s heart has grown dull, and with their ears they can barely hear, and their eyes they have closed, lest they should see with their eyes and hear with their ears and understand with their heart and turn, and I would heal them.” But blessed are your eyes, for they see, and your ears, for they hear. For truly, I say to you, many prophets and righteous people longed to see what you see, and did not see it, and to hear what you hear, and did not hear it. (Matthew 13:11-17)

That boggles my mind. It’s hard to grasp the idea that Jesus would not want people to know what He was saying. Yet, He didn’t.

Jesus’ explanation of His use of parables reveals that they had a two-fold purpose: to harden the hearts of some who heard, and to cause others to seek out Jesus and ask Him what He meant.

Every time He spoke, He was simultaneously excluding some and including others. Some, after hearing His particularly difficult teachings, turned away and “no longer walked with Him” (John 6:66). But others were drawn to Him. They did not simply accept the unknown, but were fueled by what they did not know to learn more. And the fascinating thing is that when people drew near, when they asked Him to explain, as the disciples did, He was happy to oblige.

Today, it’s considered fashionable by some to speak and write about the Christian faith in ambiguous terms. To “embrace the mystery” of Christianity, as some might say. To leave things mysterious, all in the name of humility. It’s true, there is much we do not understand nor can expect to understand about the "mysterious ways" in which God works. But in effect, by allowing vague, ambiguous teachings on Christianity, they’re choosing not to communicate anything at all. In doing so, men and women of faith, and often very popular ones, are actually breaking the prime rule of communication: Communicators communicate.

While there are many things that God chooses to keep secret from us, He does want us to know who He is, what He expects of us and how we can be rightly related to Him. And these things He has made clear within the pages of Scripture. He has made His will known to His creatures. And He expects those who would teach His people to make it known. So, to speak as though we can’t know with any certainty what God has made knowable—especially under the guise of following the example of Jesus—is not humility. It is the height of arrogance.

Jesus was never mysterious for the sake of being mysterious. He didn’t speak in riddles and vagaries to create a mystique. God is not a beat poet. Jesus’ parables were not meant to be a stumbling block for His disciples. Rather, all things were revealed to them by Him, for those who longed to hear.

Similarly, the role of the Christian is to patiently explain all that has been revealed with gentleness and humility, not cloak His message in ambiguity. Acknowledge what you do not know, seek to know more—and share what you can until the day when all things are made clear.

This article first appeared at The Gospel Coalition.

At Least it Wasn’t a Whole Chicken