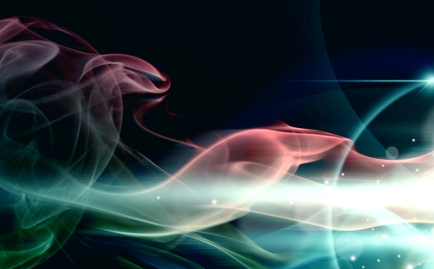 Jesus often comes to us in unexpected ways and through unexpected means.

Just think about how He came to Earth. For centuries, Israel had waited for a political Messiah. They expected Him to lead a rebellion and free Israel from Roman oppression.

But how did the Messiah make His entrance into the world? He came in a way that made it easy for His own people to reject Him. He came as a frail baby, born in a feeding room for animals. There He was. The promised Messiah who was expected to overthrow the mighty Roman Empire and set Israel free from Gentile oppression. A needy Nazarene born in a manger.

When Jesus grew up, He ate and drank in their presence and taught in their streets (Luke 13:26). Yet they didn’t recognize who He was. He was unassumingly modest, of humble origin. A mere craftsman; the son of a craftsman.

He grew up in the despised city of Nazareth, fraternizing with the despised and oppressed. But more startling, He befriended sinners (Luke 7:34). As such, the people of God didn’t recognize Him. Why? Because He came in a way that made it easy for them to reject Him.

And what about the disciples? Read the story again. Jesus continued to break out of their expectations. He couldn’t be pinned down, figured out or boxed in. The Twelve were constantly confounded by Him. His teachings were offensive. His actions scandalous. His reactions baffling.

But the greatest offense of all was the cross. It offended everyone—both Jew and Gentile. The only crown the promised Messiah-King would accept was a crown of thorns. Look at Him again. A suffering Messiah, a defeated King. It’s easy to reject Him.

One of the Lord’s most faithful disciples teaches us this principle well. Mary Magdalene was the first person to see Jesus after His death and resurrection. Do you remember what she did as soon as she recognized Him? She grabbed Him, and she wouldn’t stop clinging to Him.

Jesus responded, “Stop clinging to me” (see John 20:17, Greek text). Why did Jesus tell Mary to stop clinging to Him? Because Jesus had somewhere to go. He was on the move. Jesus was poised to go to Galilee to see the other disciples and then to ascend to His Father.

Note the principle: He was moving forward, but she was clinging to Him.

Jesus was in effect saying to her: “Mary, stop holding on to me. There’s a new way to know me that’s different from what you’ve experienced thus far. Let me go. I must move on.”

Do you remember the disciples who walked on the road to Emmaus? Their hopes were shattered by Jesus’ horrible death. Suddenly, the resurrected Christ began walking beside them, yet their eyes were blinded from recognizing Him.

However, when He engaged in the very simple gesture of breaking bread (something He had done frequently before them), their eyes were opened.

He then quickly disappeared from their sight.

These stories hold a critical insight. You cannot cling to the Christ you know today. He will vanish from your midst. Jesus Christ is an elusive Lover. Seeking Him is a progressive engagement that never ends. He doesn’t dance to our music. He doesn’t sing to our tune.

Perhaps He will in the beginning when He woos us to Himself; but that season will eventually end. And just when you think you’ve laid hold of Him, He will slip out of your grasp. He will appear to you as a stranger. But upon second glance, we’ll soon discover He’s no stranger at all. Emmaus will be repeated.

We all wish to cling to the Lord who we know now. We all wish to hold on to the Christ who has been revealed to us today. But mark my words: He will come to us in a way we do not expect—through people who we’re prone to ignore and inclined to write off.

And so we cling fast to the Lord we recognize—receiving only those who talk our language, use our jargon and employ our catchphrases—and all along we end up turning the Lord Jesus Christ away.

What, then, does our Lord do after we fail to receive Him when He comes to us in an unexpected way? He moves on. And the revelation we have of Him ceases to grow.

Jesus Christ is richer, larger and more glorious than any of us could ever imagine. And He comes to us in ways that make it tempting to reject Him.

When Peter, James and John saw the transfigured Lord on the holy mountain, Peter wanted to build a tabernacle for Jesus, Moses and Elijah and remain on the mountain to enjoy the encounter. But God would not allow it (Matthew 17:1-13).

There is something in our fallen nature that, like Peter, wishes to build a monument around a spiritual encounter with God and remain there. But the Lord will not have it. He will always break free from our frail attempts to pin Him down, box Him up and hold Him in place. And He does so by coming to us in new and unexpected ways.

Frank Viola is the co-author (with Leonard Sweet) of Jesus Manifesto (Thomas Nelson). You can learn more about the book at TheJesusManifesto.com. This article originally appeared in RELEVANT.

France Under Scrutiny for Expulsion of Roma