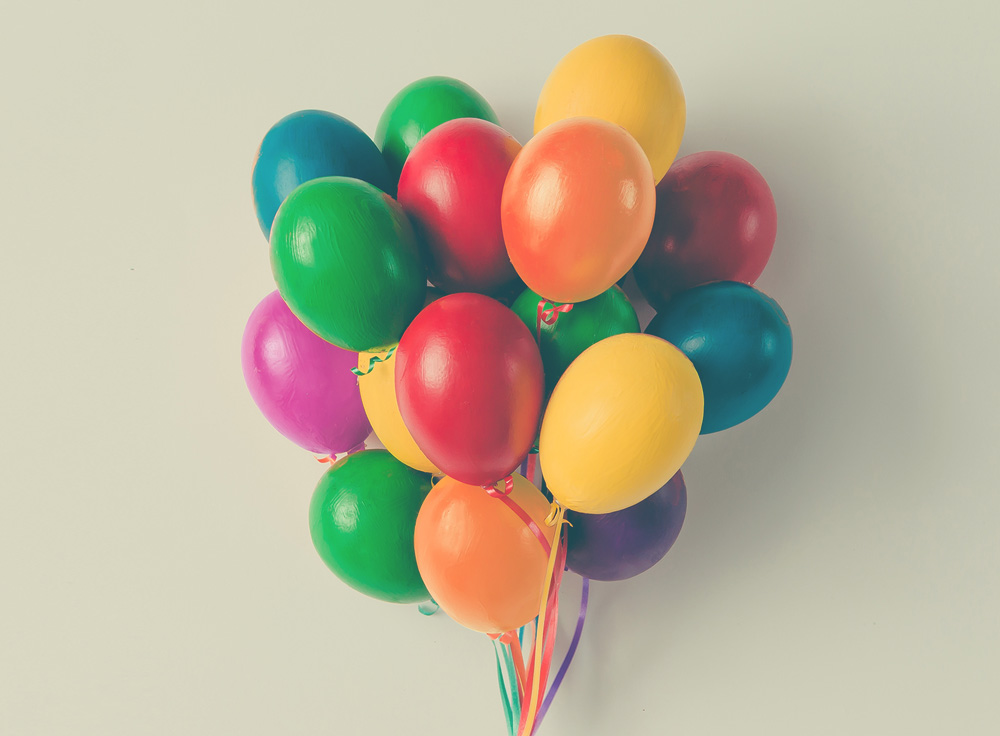 In one of his letters to Timothy, the apostle Paul instructs his young apprentice on how to tackle the issues of money, possessions and generosity in his ministry to the Christians in Ephesus. Paul writes, “Tell them to use their money to do good. They should be rich in good works and generous to those in need, always being ready to share with others.”

The word for generous here could also be translated as “ready to distribute.”

I love the sense of anticipation implicit in being ready to distribute. It’s the same feeling we get before a game or a concert: Our eyes are wide and our senses heightened because we’re looking forward to what’s coming. We’re ready, eager on our toes.

Paul says that we’re to live with eyes wide open, ready to distribute our resources to others when the opportunity arises.

My friend Dan used to work at one of the largest UPS hubs in the country: a massive complex with a spiderweb of conveyer belts moving boxes from all over the world. It ran like clockwork. The packages that came through that facility were at that location for only a few minutes before moving on to their intended destination. The entire system was dedicated to moving packages from one location to another as quickly as possible. If a package got stuck on a shelf somewhere, that represented a failure.

I know from experience that I must constantly ask myself whether I am living generously, ready to distribute the resources that God has entrusted to me. The gravitational pull toward living like a warehouse, hoarding and stockpiling my manna is just as strong today as it was all those years ago in the desert.

A few years ago, when my wife, Jenny, and I were watching the local TV news, one of the stories was about a low-income housing community in our city that had lost air conditioning in every single apartment. This was in the middle of July, and the weather was sweltering. The broadcast showed pictures of hundreds of people, including many children, sitting in the shade outside the apartment building, fanning themselves and trying not to move so they could stay cool. The man who owned the apartment complex issued a statement that because of costs, he would not be replacing the units immediately and that the tenants would have to find alternative means of cooling their apartments.

Jenny and I had just moved into a new home, and unlike our old place, this house had central air conditioning. So we now had a used but perfectly serviceable air-conditioning window unit sitting in our basement.

I’d love to tell you that I immediately jumped up to grab that window unit and take it to those apartments. But I didn’t. In fact, I fought the idea of giving it away at all.

Now, it made no sense to hold on to an air conditioner that was sitting in our basement unused and unneeded. On the other hand, my mind was flooded with what ifs.

What if our central air goes out at some point?

What if the people at the apartments don’t have the correct power outlet to plug it in?

What if someone in my own neighborhood needs to borrow an AC unit at some point?

The problem with what ifs is that they can cause us to miss the reality of what is. The what is at that point was a family across town that needed air conditioning—and we had the means to help. So we finally loaded that cumbersome AC unit into our Jeep, drove over to the apartment complex, and gave it to the first family we saw sitting out on the sidewalk.

We can’t get caught up in what ifs when what is is right in front of us. This is why generosity takes so much grit. The what ifs clamor for attention in our minds, making a compelling case for why we should live like a warehouse. However, choosing to live like a distribution center, holding our possessions loosely, requires a deep reservoir of trust that God will provide everything we need.

Radical generosity begins with a commitment to live with our eyes open, ready to distribute some of the resources that God has freely distributed to us. I promise you this: If you’ll do it, your life will become richer. Richer in relationships. Richer in love. Richer in commitment to our generous God.

Will You Grab or Give?

Generosity is not a rule to be followed. It isn’t a nice ethic to live by. It’s a declaration about the way things actually work. The world is not closed, and God’s resources are not scarce or limited. They are abundant. We do not need to bow to the cynicism that says, “Hide your manna now or you may not have it in the morning.” We trust that we will indeed have it in the morning. So we distribute. We bring in to give out.

Choosing to give generously is a loud, rebellious statement to the world that God can be trusted.

And no, giving generously of our money and possessions is not an easy thing to do. But as we choose to do it, we start to see the world more clearly. Our eyes are opened to the reality that it’s all a gift to begin with. Our anxiety fades because we hold loosely what we have, knowing that God will always give us what we need.

This article was adapted from an excerpt of Jason Mitchell’s book, No Easy Jesus. Used with permission.

is a teaching pastor at Lives Changed by Christ Church, where he has served since 2002. He holds a master's degree from Biblical Theological Seminary. He lives outside Philadelphia with his wife, Jenny, and their two children, Sienna and Silas.

Is Warlord Joseph Kony Preparing to Mount a Comeback?