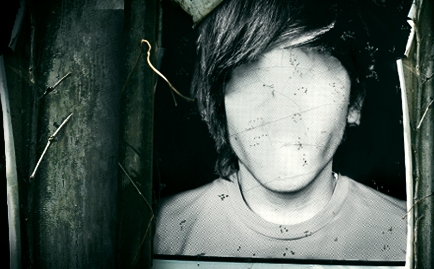 It seems the world has become more dangerous every day. Over the last couple of years the U.S. State Department has issued serious “Travel Warnings” to a growing list of 29 countries. Traveling abroad, especially for Christians, is fraught with risk. It’s no secret that anger toward the “Christian West” is on the rise in certain parts of the world today. So, why do Christians continue traveling to places like Iraq, Sudan, Nigeria and Afghanistan?

Most theologians would agree that followers of Christ are scripturally mandated to “go and proclaim” the love of God. But for Christians, the risk-vs.-reward equation is changing fast, and not just in North America. The issue is being debated openly in South Korea, a country that sends out more Christian missionaries than any other country in the world, save the United States.

The debate came to a head in 2007, when one mission went horribly wrong. Korean pastor, Bae Hyung-kyu, who led a team of young volunteers on a humanitarian aid mission to Afghanistan, was shot and killed by the Taliban after his mission team was taken hostage in July of 2007. On the day of his 42nd birthday, he was shot 10 times in the head, execution style. Another hostage was killed. After weeks of negotiation, the rest of the team was released.

In the aftermath, criticism for the Korean church, and others like it, rose. The wisdom of dispatching short-term aid workers into dangerous areas was challenged on many levels by people of all faiths. After all, these volunteers from Korea were warned by their own government not to travel to Afghanistan. The church sent them anyway.

So why would a perfectly normal church in a perfectly safe neighborhood send a group of very nice nurses, engineers and benevolent youth workers into Afghanistan—or, for that matter, any part of the world that kidnaps and kills Christians?

You might wonder how that kind of logic sits with Christ followers like the original Apostles, or Dietrich Bonhoeffer, or Jim Elliot. Each of them, and many more, allowed their faith in God to lead them directly into harm’s way, and nearly all of them paid for it with their lives. So it seems that something fundamental to our message, and its delivery, has changed. Has our over-developed world of liability insurance and denominational actuaries and class-action lawsuits watered down ancient Scripture’s warning that this was all supposed to be dangerous in the first place?  When Jesus said, “In this world, you will have trouble,” He wasn’t talking about losing the right to pray in school or losing our 501(c)(3) IRS tax advantages.

Matthew 24:9 says, “Then you will be handed over to be persecuted and put to death, and you will be hated by all nations because of me” (TNIV).

Consider the evangelical missionary movement that kicked off in the early 1800s. A man named Adoniram Judson was possibly the first—he dispatched himself to Burma in 1813. During his tenure as a missionary, he translated the Bible into the Burmese language, planted 100 churches and led over 8,000 people to Jesus.

Nearly 70 years later, the first Protestant missionaries entered the Korean peninsula and began a long and difficult outreach to a population entrenched with animism, Shamanism and Buddhism. But the Good News could not be subdued there either, as Christianity began to expand to 13 percent of the Korean population. By 1945, some were calling the capital of Korea the “Jerusalem of the East.” Currently, 30 percent of South Korea is Christian. To this day, South Korea hosts the world’s largest church, with nearly 750,000 members—the Yeoido Full Gospel church in Seoul.

The risk for these pioneers of the faith was immense. For one, Judson himself lost two wives and a daughter on the mission field and even contemplated suicide during a yearlong battle with severe depression in the jungles of Burma. In North Korea, after the Communist surge, thousands of Christians and missionaries were forced to move south of the demilitarized zone or take their faith underground and risk intense persecution. To this day, Korean Christians in the North are imprisoned, tortured and even killed for such crimes as owning a Bible or simply talking about Jesus with a family member.

But we are not Judson, this is not the 1800s and we are not living in North Korea. So, for the average Christian in this everyday life, how much risk is too much?

In the end, only God can judge how much risk is too much. Heck, even driving to work is risky. So we need Him with us in everything we do. If we are endlessly working a day job to pay off the subprime mortgage, as a Christian, we should still bring Christ with us. “Let every detail in your lives—words, actions, whatever—be done in the name of the Master, Jesus, thanking God the Father every step of the way“ (Colossians 3:17, The Message).

When we agree to follow the person and teachings of Jesus, we agree to surrender our plan for His, and by definition, that means we agree to a massive amount of personal risk. In our journey of faith and life, He can take us anywhere and allow anything to happen. He can take life and give life, no matter its duration. He extracts meaning from the briefest physical existence that we know. Like when a pre-born child dies in the womb of a mother—it’s our magnificent Father who painfully mines out the meaning in even that experience. He mysteriously brings it purpose. So how much more the life of those who choose to follow His voice, and perish, or become gravely injured in the process?

The main problem here is not Christ followers taking too much risk. The problem is that we are not taking enough risk. We’re getting theologically fat and spiritually bored with our safer versions of sunshine-pumping Christianity. Even well-meaning Christian books that encourage us to take more risk are written by well-paid people who seemingly take very little life-threatening risk themselves.

Hear this: It was always supposed to be dangerous. The stakes are high, and many people around the world are in great jeopardy, severely marginalized and in extreme poverty. To state the obvious, people are dying. They need help, and it’s the Good News delivered by the crazy risk-takers who bring it. It’s people like the Korean Christians and countless others who carry it through at great cost.