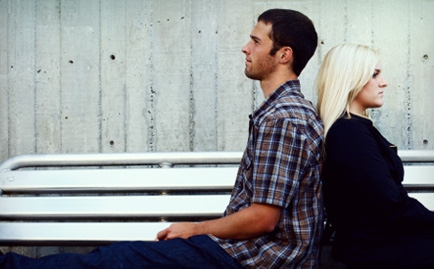 I confess I’m the type of person to hold a grudge. It’s not that I want power over people, which is often the motive for holding a grudge; it’s just that I want all-due glory for my suffering. If somebody is causing me some pain, I want them to know I am bearing it for them. For this reason, it’s hard for me to forgive my enemies. If people slam me on the Internet, it’s hard to forgive. If people screw me in a business deal, it’s hard to forgive, too. And for so long it seemed there was nothing I could do about it. I knew I’d be better off to forgive, but how? What are the steps to controlling your uncontrollable emotions?

I don’t fully know the answer to that question. Part of the reason it’s so hard to forgive is pride. If I forgive, it feels like I’m also saying they had the right to do me wrong. That doesn’t feel right. But it’s a real feeling.

Additionally, if I’m having to forgive somebody who really has no idea what they did that was wrong, it’s even more difficult. It means you are doing the hard work of forgiving them and they have no idea they wronged you, or worse, they don’t honestly care. So why forgive?

Before I say why, I should say how. Here’s how:

• Go through the stages of grief. Let the offense shock you, then let it completely hurt you. Don’t avoid the pain. Sit with it and feel it no matter how unbearable it is. Please know it will end in time. It will get 2 percent easier every day. Just feel it like a toothache and soon enough it will transition into something bearable.

• Then let the offense make you angry. Don’t lash our or you’ll be guilty yourself. Talk about it with trusted friends but confess you’re angry and your emotions aren’t under control. And don’t feel bad for being angry. The last thing you need is anger and shame. Just punch a pillow and make it through. The anger, like the pain, will lessen over time.

• From there, you’re at a place to forgive. It will be hard work, but it’s worth it. Sit and pray for the person you’ve been hating. Sit and imagine them with a good life, them coming to realize that what they did was wrong, maybe not to you, but to somebody—perhaps to God. Then be willing to love them in your heart. Want the best for them. Hope for the best for them. Stop praying for God to destroy them and pray for God to bless them. Pray for God to open up their hearts so they can receive the love that will stop them from hurting others. This is the only way I know how to forgive.

Why should we forgive? Well, there are many reasons, but I’m only going to focus on a few.

• The first is because, believe it or not, forgiveness is a pleasurable experience. No kidding, it feels much better than anger or hate. God has designed forgiveness as a powerful blessing for those who have been hurt. The experience of truly forgiving somebody can make you more happy than if you’d never been hurt in the first place.

• The second reason for you to forgive is that it removes you from being entangled in the rather dark thing that hurt you in the first place. If it was a bad business deal, then you get to be free of it and maintain your integrity. If it was a family member talking behind your back, you get to remove yourself completely from all the complications of gossip. Forgiveness sets you free from being bogged down in knee-deep mud. Forgiveness gives you a taste of what it feels like to be God, and it’s a terrific feeling. God forgave us because it gave Him pleasure to do so. He was happy to do so. Love forgives, and so does God, and so can you.

• The third reason to forgive is that you open yourself up to amazing possibilities for a happy life. When you don’t forgive, you draw the curtains in your soul and your life gets dark. When you forgive you let the light in again, and you go on about your life in peace. And don’t you want some peace? Isn’t it time for some peace?

But the greatest thing about forgiveness is it will allow you to love again. It will allow you to love and be loved. And believe me, it’s worth it. Forgiveness is tough, for sure, but love is infinitely more valuable than the pain of forgiveness costs. No matter what you have to go through to forgive, you’re getting a steal of a deal to be able to love and be loved again. Pay the price and I promise you’ll be happy you did.