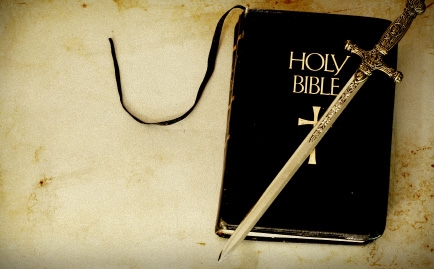 Do you want a radical faith? In a world where radicalism makes the news every day through suicide bombings, wars, terrorism, injustice and reckless violence—all in the name of God—is it even acceptable to say yes?

Radicalism in the World

One person who knows about the implications of radicalism is Daveed Gartenstein-Ross, the author of My Year in Radical Islam. Gartenstein-Ross converted to Islam in 1997 when he was in college, and after his graduation he took a job with the Al-Haramain Islamic Foundation in southern Oregon. Al-Haramain is now specially designated by the U.S. government as a global terrorist entity, and has been fingered as one of the major sources of funds for Al-Qaeda. “When I went there, I didn’t have extremist views. I didn’t know the depths of what Al-Haramain was involved in, or the tenets that it held,” he says. “What I didn’t realize was that over time I would find their religious arguments to be persuasive, and in fact started to adopt them myself.

“Over time, my idea of religion shifted: I no longer thought that religion was something that should make you feel comfortable. Rather, religion should be forging a relationship with God, based on the truth of God. This attitude led me both toward and ultimately away from radical ideology.”

Gartenstein-Ross left Al-Haramain when he went to law school. During the summer after his first year, he went through a time of spiritual seeking. Reading the Bible, and studying the Koran and both Christian and Muslim apologetics, he eventually became convinced of the case for Christ. By the end of the year, he became a Christian.

For Gartenstein-Ross, a faith becomes radical in a dangerous sense when people believe their religious views can be forcibly imposed on others. “God’s will is not the forcible imposition of certain religious norms on other people, and certainly not with the threat of violence,” he says.

The Radicalism of Jesus

Did Jesus call us to be radicals? Certainly there were many things that Jesus said and did that would fall into the “extremist” category during His ministry. The Bible records Jesus telling His followers that they would have to eat His flesh and drink His blood to have eternal life. The people who witnessed this were upset and many left saying, “This is a hard teaching. Who can accept it?” (John 6:53-60).

But was Jesus a proponent of violence for religious cause? Jesus said, “Do not suppose that I have come to bring peace to the earth. I did not come to bring peace, but a sword” (Matthew 10:34). Suddenly the pastoral scene has changed to a battlefield. Is Jesus really this kind of a radical, the kind that’s empowered by violence and coercion and calls His followers to do the same?

We don’t have to look far for answers. When Jesus needed extremists the most, when He faced the Roman centurions in the garden at His arrest, He told Peter, “Put your sword back in its place, for all who draw the sword will die by the sword” (Matthew 26:52). Was Jesus using double talk here? In one place He seems to encourage the radical violence that comes with His Kingdom, but in another He quiets the blade and rebukes His disciple. Could it be that the reference to the sword was relative to the effects the Gospel would have on relationships and families and, ultimately, cities and nations? In other words, being a Christian might bring a sword, but as a Christian you weren’t to wield one yourself?

Sean Litton, the vice president of field operations for International Justice Mission, a Christian human rights agency that rescues victims of violence, sexual exploitation, slavery and oppression, says, “To radically follow Christ means to be radically like Him.” Litton’s own life and faith would be described as extreme by many. Litton says he grew up believing the Christian life was supposed to be this romantic, grandiose journey, and it was this idea that first attracted him.

When Litton graduated, he had his mind set on full-time missions but he was turned down for the mission field and eventually started as a youth pastor in New Mexico. Litton’s experience in ministry wasn’t what he expected and he soon became disenchanted with Christian ministry. “I just had a lot of frustration. I was frustrated with the lack of authenticity and honesty and the lack of truthfulness,” he says.

Litton left the church to start law school with the sense that he still wanted to serve God in the back of his mind. After graduation, he was hired at a prestigious, well-paying firm in Washington, D.C. But three years later, Litton was unsatisfied and the notion of serving God was still lingering, so he started praying—What’s next, God? That’s when Gary Haugen, the president of IJM, spoke at his church and talked about helping just one child to make a difference.

Litton gave up a promising career, a prestigious job with a bright future, and exchanged it for a chance to make a difference in the world for Christ. Litton says, “The first little girl I [helped] was a girl named Katherine who had been raped.” Litton was able to track down the rapist, who was the son of a police officer, have him arrested and convicted. There were several other children who Litton helped escape the brothels as well.

Litton believes that what sets Christian radicals apart from the world is the commitment to take the teachings of Jesus seriously and to be known by humility and love. “I know a lot of people focus on the big steps—should I leave my job, should I move to Africa, what can I do? And we should be open to those things, but they can become a distraction because, really, what God is calling us to every day is to radically obey Him,” he says. “Radical followers of Christ, their chief characteristic will be love.”

This article is adapted from the Jan/Feb 2009 issue of RELEVANT.

The Thorn in the Flesh