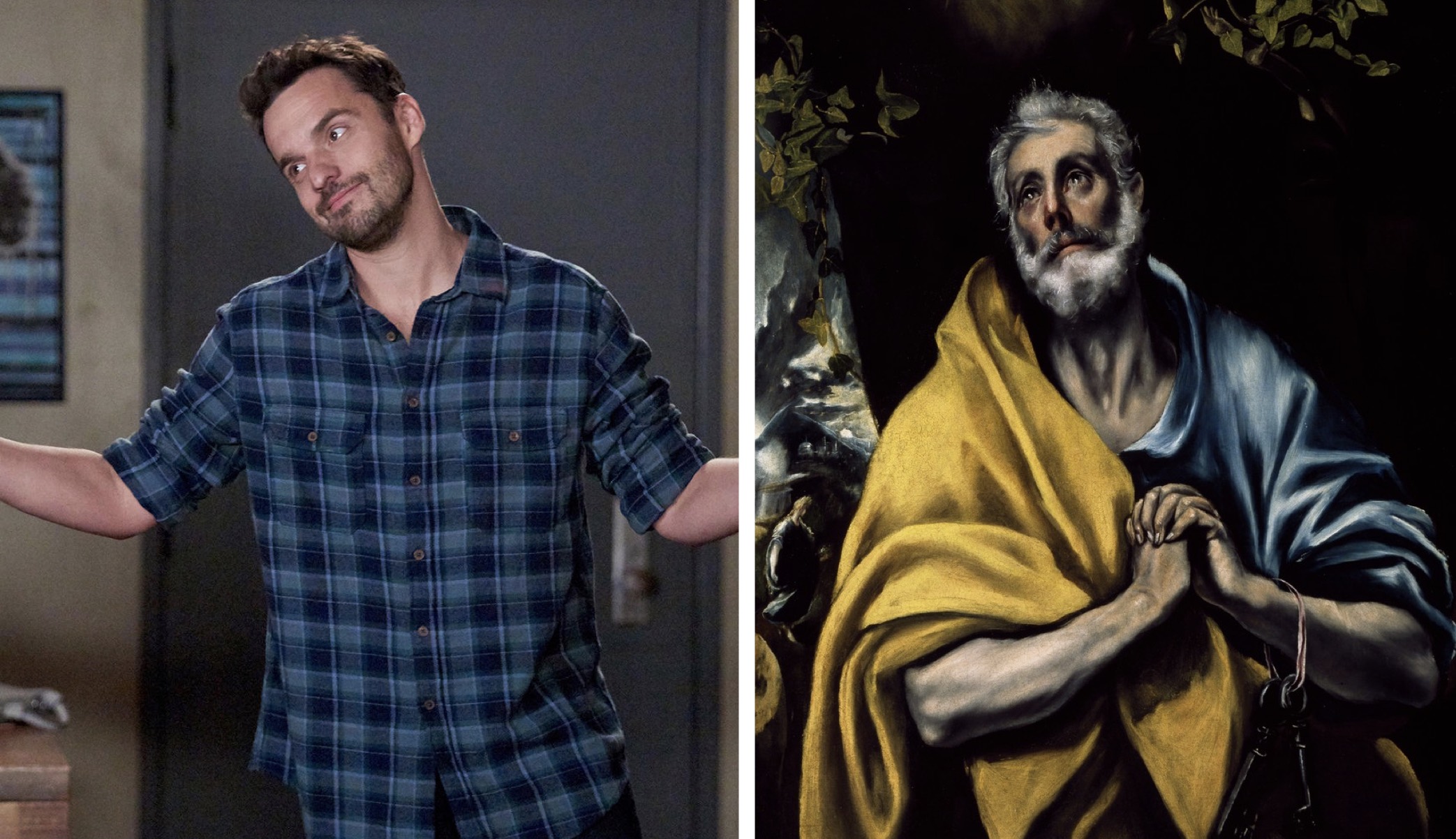 Simon Peter was one of Jesus’ closest friends and also his rowdiest. It’s easy to see why Jesus loved the big oaf, who was forever getting over his rollerskates on his way to the Kingdom of God but generally had his heart in the right place.

He was the type of guy who would walk on water just to see Jesus, only to suddenly realize what he was doing and start to sink, like when Wile E. Coyote only starts falling after it dawns on him that he’s run over a cliff.

Nick Miller is one of New Girl‘s true gems.

As portrayed by Jake Johnson, he was a perennial manchild who didn’t try too hard to be something he wasn’t but grew in spite of his dimwitted self. He is truly the Simon Peter of sitcoms, an observation made on Twitter yesterday.

Full disclosure, it was yours truly who made the original connection in a reply to writer Hannah Paasch, but it was writer and occasional RELEVANT contributor Joshua Pease who really mined the comparison for all it was worth. Once you start looking for comparisons, there’s virtually no end to them. For example.

JESUS: “who do people say that I am?”

JESUS: “and on this rock I will build my church” pic.twitter.com/QXMojQQKtO

When Peter Tells Jesus They Should Stay on the Mountain of Transfiguration (Matthew 17:1-8)

PETER AT TRANSFIGURATION: “let’s build three temples for each of them!”

When Peter Meets the Resurrected Jesus, After Having Denied Knowing Him Three Times (John 21:15)

JESUS, HANGING OUT BY THE FIRE, COOKING FISH: …

PETER, AFTER GOING IN TO THE EMPTY TOMB: pic.twitter.com/yxc6KIWCg4