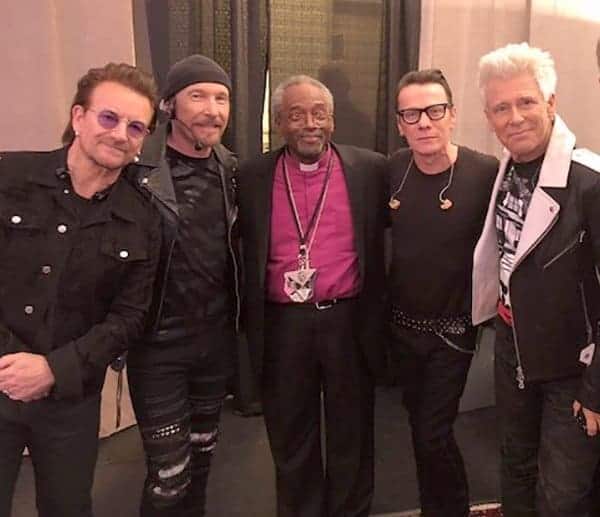 Michael Curry, currently presiding as bishop of the Episcopal Church recently met with U2. During their meeting, they spoke about Curry’s “Reclaiming Jesus” initiative and how the band can help change the world.

In an interview with Episcopal News Service, Curry said: “I know of no other group that has sung and witnessed more powerfully to the way of love than U2. It was a real blessing to sit with them and talk about Jesus, the way of love, and changing our lives all over the world. They are an extraordinary community gift to us all.”

U2 has allowed their Christian faith to inspire their music in the past. “American Soul,” for example, included an intro that reflected the Beatitudes and Jesus’ words in the Scriptures.

Curry shared with the group his commitment to reclaim Jesus of Nazareth as the center of Christianity. His “Reclaiming Jesus” movement was launched at the end of May, and it includes leaders like Jim Wallace, former Clinton spiritual advisor Tony Campolo and others.

Curry gained mass attention after he delivered a passionate sermon on love at the royal wedding of Prince Harry and Meghan Markle.

The bishop tweeted a photo with the band earlier this week.

Destination of the Week: The Best Beach to Visit on the 4th of July