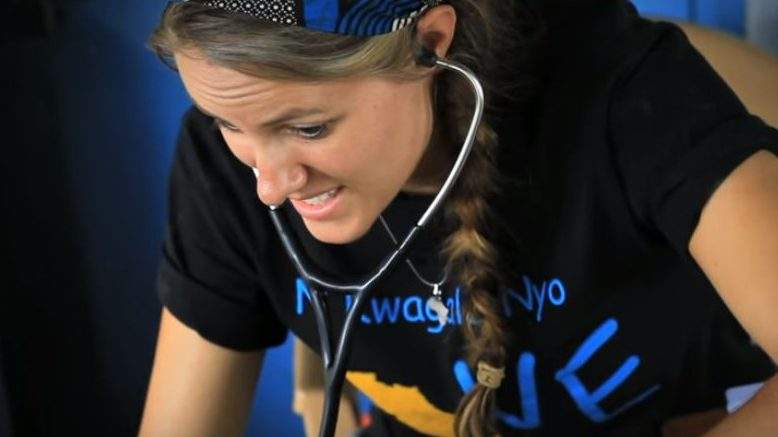 An American missionary woman named Renee Bach has been accused of pretending to be a doctor and running a fake medical facility in Uganda. A lawsuit says that Bach attempted to care for hundreds of babies, and many of them died under her watch.  [h/t The Root]

Bach has been in Uganda on and off over the last decade, working for Serving His Children, a nonprofit she founded when she was 18 years old, which treated young kids suffering from malnutrition. But a lawsuit brought by two Ugandan parents said that Bach represented herself as a doctor, even though she only has a high school diploma. Given the lack of proper records, estimates on how many children may have died due to Serving His Children’s alleged treatments is difficult, but according to All Africa, complainants estimates that it could be over 100.

The lawsuit was filed by Women’s Probono Initiative on behalf of two mothers who say Bach would wear a white medical coat and stethoscope, prescribe medication to children and occasionally moved children out of local hospitals and into her own “treatment center.” Bach told News Advance that her “rehabilitation centers” were registered with the Ugandan government. In fact, the parents soon discovered, Ugandan officials had told Bach to shut down her treatment facilities in 2015.

According to a report on the affidavits, a registered nurse testified that Bach was observed performing medical procedures, and a former employee of Bach’s named Semei Jolly says Bach would overrule local doctors’ prescribed treatments. One Ugandan report has a photo of Bach inserting an IV to a baby. According to the Heavy, Bach detailed some of her treatments in now-deleted blog posts on the Serving His Children Website. “I hooked the baby up to oxygen and got to work,” said one such post. “As I took her temperature, started an IV, checked her blood sugar, tested for malaria, and looked at her HB count (her family) began to tell me her story.”

Beatrice Kayaga is an officer at the Women’s Probono Initiative. In a press release announcing the court case, she wrote that “there are procedural and regulatory mechanisms that ought to be followed when establishing a medical facility in Uganda. It is unacceptable, narcissistic behavior, for anyone, black or white, rich or poor, missionary or angel to pass off as a ‘medical practitioner’ when they are not.”

An organization called No White Saviors was among the first to accuse Bach of “playing doctor”, and Renee Bach’s mother Lauri Bach responded in writing. “At no time has our founder, Renee Bach, presented herself as a medical professional, experimented on or caused the death of any child,” she wrote. “Having been trained by medical professionals to start IVs, Ms. Bach has in the past provided assistance in such procedures when requested and currently serves in an administrative capacity and participates in fundraising for the organization.”

The Lie of ‘Too Blessed to Be Stressed’