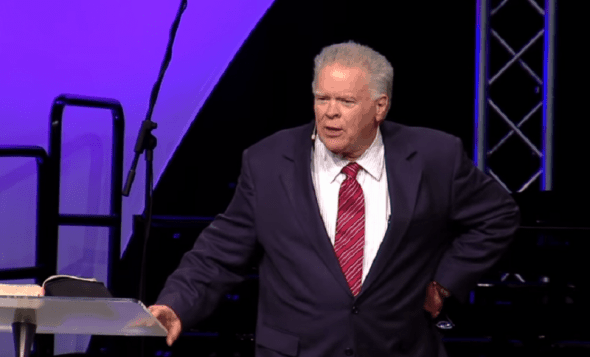 When Paige Patterson was finally terminated at the end of May after a few previous half-measures and statements, it seemed to be fairly cut and dry.

However, according to the Christian Post, 17 of the Southwestern Baptist Theological Seminary’s biggest donors have sent a letter to the chair of the board of trustees, threatening to withhold their donations if “serious wrongs” aren’t “righted,” referring to Patterson’s termination.

They write, “Please know that until the serious wrongs against Dr. and Mrs. Patterson are righted, we will be unable to continue our financial support of the Seminary.”

The letter was written by Gary Loveless primarily and it attempts to communicate the “utter disdain” the donors feel about the way Patterson was terminated from his president emeritus position on May 30 following a slew of inappropriate comments about young girls and domestic violence, as well as his failure to report a rape that was reported to him.

Loveless and the signatories call the way Patterson was treated an “abuse of power” where Patterson wasn’t afforded “even a modicum of due process.” The group wants an investigation into the process and the termination to be held by a 10-member group, of which they would pick five of the members.

Don’t Be A Square

The group has also indicated what they want to come of the investigation:

If the results of this investigation fail to substantiate the allegations made and the actions taken against Dr. Patterson, or if the investigation reveals evidence of dishonest or deceptive activity of anyone associated with the recent actions taken against Dr. Patterson, then it will be incumbent upon the full Board of Trustees to instruct Mr. Ueckert and the Executive Committee to revoke its earlier statement, publicly apologize to Dr. Patterson, and for the full Board of Trustees to restore Dr. Patterson to the financial position he held at the conclusion of the May 22nd meeting. … Should the Board of Trustees elect to take the restorative action as noted herein, without creating the investigative committee we request, we would be pleased with that action.