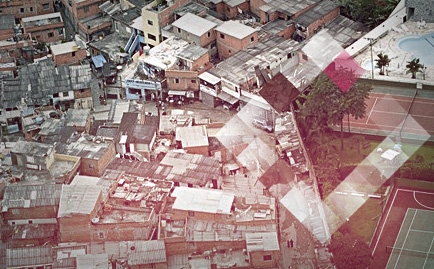 We usually use the word "investment" for any method of accumulating money. Any way we devise to increase our wealth we tend to call an investment. But I’d like us to think for a moment of the word "investment" as referring not just to the accumulation of wealth but also to every single use to which we put money.In other words, I want to break down the conventional distinction between money we keep and money we give away, and instead suggest that we think of the various things we can do with money as different kinds of investment. We are rich if we find that, after working out what we need to eat and clothe and shelter ourselves and our dependents, we have money left over. If that is our situation, I suggest there are about five things we can do with our remaining money, and I want to quickly run through them now, to show the difference between investment and mere accumulation, and thus offer a gospel for the rich by suggesting what it might mean to become “rich toward God” (Luke 12:21).

Give it away to individuals. Somehow when we hear Jesus telling the rich young man, “Go, sell what you have, give to the poor and come follow me,” we imagine some kind of random distribution of wads of banknotes. Giving large sums of money to individuals is generally a very poor investment. For most people who are poor, lack of money isn’t the only, or even the main, problem. A sudden influx of unearned cash may do a whole lot more harm than good, particularly if it comes without genuine relationship or appropriate human understanding. The gospel for the rich does not mean an unthinking throwing of money at the poor. As for aid agencies and similar nonprofits and NGOs, it’s common to complain that such organizations generate high administrative overheads. But that assumes it’s possible to give to the poor in a nonwasteful way. I’m not sure it is. Sometimes the overheads can be excessive, and that’s often a sign the organization is getting something seriously wrong. But in general, the overheads are the money we pay in order to ensure our gifts to the poor are distributed wisely.

Give it to institutions established and governed in such a way that they have a time-honored record of turning money into real human value, in education, health, the practice and sharing of faith, the arts, or a host of other forms. Institution-building is generally a wonderful investment, because it turns the potential of money into the reality of human flourishing, both now and in the future.

Yield much of it up to our local and national governments in taxes. The government is an institution or an aggregate of institutions designed, among other things, to turn money into real human value. Its main difference from the institutions previously mentioned is the relatively small degree of choice we get over where our money goes. But it needs to be said that paying taxes is an honorable thing, that an important part of being rich is about paying a lot of tax, and that paying a lot of tax is something to be proud of and not something to avoid at all costs through fiscal loopholes and offshore accounts. Taxes are a way of making sure surplus money is invested in public good rather than accumulated for private gain.

Establish more conventional investments, such as stocks and shares. While this is a very common way to store up treasure for ourselves, it is a very risky way to become rich toward God, precisely because of the temptation to accumulate and forever postpone the moment when the wealth is translated into genuine human value. As Jesus says right before He tells the parable about the rich man and his barns, “Be on your guard against all kinds of greed; for one’s life does not consist in the abundance of possessions” (Luke 12:15).

However, there are two exceptions to this risk. One is to become an active shareholder, agitating for the companies we partly own to embody best practice in their production, marketing, employment and environmental impact, and in all appropriate ways to exercise their corporate power for the wider social good. Indeed, I believe it is almost a duty for those who are rich to seek to influence the business world for good in this way. The second exception that can make conventional investors rich toward God is to allow their capital to be used for social good. For example, community development finance initiatives operate just like a bank, with market-level interest rates, but they use their capital to loan money to enable people on low incomes to buy property or start up their own enterprises. Investing in community development finance initiatives is a way for the wealthy to become rich toward God because it means entering a world in which everyone can benefit from their wealth.

Acquire property and possessions. It’s amazing how many rich people live very simply, whether out of distaste for ostentation, or to be free of the prison of possessions or to avoid facing the visible manifestation of their own wealth. If one is to become rich toward God, it’s important that such simple living represents true freedom from greed and not tightfisted miserliness or straightforward denial. But there’s no doubt that great temptation lies in accumulating property and possessions. To address such temptation, I suggest asking ourselves the following kinds of questions about what we own:

– How reluctant am I to lend my possessions to others? (Willingness to be generous is a pretty good indication of how much you recognize everything you have is ultimately on loan from God.)

– Am I constantly looking out for ways in which others can enjoy what I own, or are my possessions a wall that insulates me from the strange and dangerous outside world?

– Do my enjoyment, my flourishing and my entertainment coincide with the joy of others, or does it come at others’ expense?

– Do I fundamentally want the things that everyone else can have as well?

– And finally, am I prepared to allow others to free me from self-deception by sharing the truth about my financial situation with members of my church and asking for their prayers and guidance?

These are the questions that test whether you are becoming rich toward God.