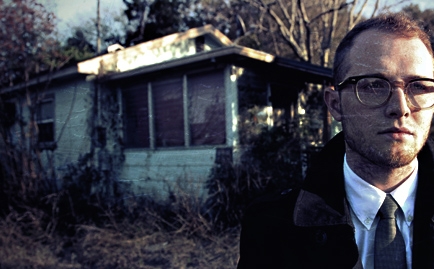 The Enemy of Perfection

In the neighborhood where I live, people sometimes "flip" a house to make a quick buck. They buy it cheap because it’s in bad shape, but rather than fix the structural issues that compromise the house’s integrity, they just put some fresh paint on the walls, install a few flashy fixtures, and slap some new vinyl siding on the outside. The house often looks fantastic, but underneath the flash it’s still the same old shack.

This is what the powers and principalities conspire to do in our lives. They seek to convince us that Jesus is vinyl siding, a quick-fix for turning our lives around. Christianity becomes a way to clean up and make ourselves look respectable in the eyes of others, while all the while we’re still on the path toward death.  If truly following God’s call to abundant life makes Christians into well-adjusted middle-class citizens, it makes you wonder how Jesus ever got Himself executed.

God wants abundant life for us. Make no mistake: the system of this broken world is poison. It will tickle our taste buds and make mouth-watering promises, but the world’s way of living is still subject to the powers and principalities that want to keep us from real life. When Jesus says we cannot serve both God and Money, He stands at the crossroads. We cannot serve God and Money because they lead in two different directions. As a power, money misdirects our deepest desires and puts us on a path toward death.

The powers and principalities conspire to frustrate our deepest desires and send us chasing after the opposite of what will truly satisfy us. And we humans are easily frustrated. We want the good life in the here and now, but our desires are unfocused, our imaginations limited, and our wants misplaced. We want abundant life, but we want it on our own terms.

The surprising twist in God’s story is that the way to real life passes through death. Christ, on the cross, exposes the scheme of the powers and principalities: we spend our lives trying to ignore death, but Jesus confronts death head-on. The abundant life—which is so full and rich that Jesus calls it eternal—is in direct opposition to a life that shuffles toward death, step after distracted step. Jesus dramatizes the contradiction by challenging death with the extravagant abundance of his own life given willingly to his enemies. Our lurch toward death is interrupted by Jesus’ death on the cross.

Most of us don’t like to be interrupted. Although we sing songs thanking God for the cross, its actual intrusion into our lives is almost always an offense.

Our imaginations are captivated by the options of the powers and principalities. The way of Jesus, however, is a way we could never imagine. It is the way God makes when there is no way. Jesus was born homeless to a family living under Roman occupation and grew up as a refugee in Egypt because the authorities back home wanted him dead. Jesus had no illusions of changing the world by taking over the palace. He was marginalized from the start.

There were other available options in Jesus’ day, but he rejected them as well. The Pharisees represented otherworldly pie-in-the-sky, but Jesus rejected their way. The Zealots advocated revolution, and while Jesus sympathized with their concerns and even drafted a few of them as his disciples, he refused to take control of Jerusalem by violence. By all accounts, he had the popular support for an overthrow on the first Palm Sunday, and Judas seems to have thought they should go for it. But Jesus chose another way.

All of your familiar options, Jesus says, are dead ends. They won’t get you to God’s kingdom because none of them is radical enough. At God’s table, Jesus says, "I am the way …" (John 14:6a). "Watch me. Just as Israel went all the way to the Red Sea, I will go to the cross." It is at the ultimate dead end that God makes a way out of no way. Jesus rises from the dead.

The resurrection is an invitation for us to reread Jesus’ life-to hear again what he tried to teach the disciples about God’s abundance. Power is deceptive, and we cannot wield it without being controlled by it. Following the way of Jesus doesn’t require us to be in power. When we see the evils of empire, most of us want to end the occupation, and if we can’t, we get depressed. The options, it seems, are to compromise with power and do the best we can or drop out of the "system" and stay pure on our own. But Jesus offers us a way to live abundant life when you can’t drive the Romans out. He teaches tactics for ushering in a kingdom through the cracks.

The tactics of Jesus have the power to liberate our imaginations and inspire creative subversions of the status quo. They carve out a space where we can ask questions we never knew we could ask:

What if it’s possible to live as citizens of  God’s abundant kingdom no matter  what government we live under?

What if it’s possible to work against the principalities and powers of this age without being captive to them ourselves?

What if it’s possible to live God’s good life here and now, no matter what economic situation we find ourselves in?

What if another world is possible?

What if it’s already here?

The Enemy of Perfection