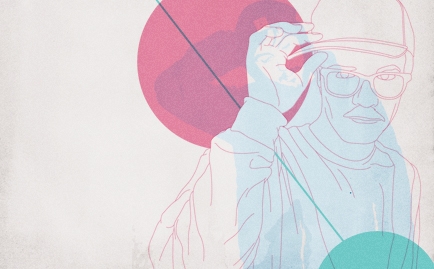 Hipsterdom is a significant cultural phenomenon with implications for all sorts of things. “Hipster” is just the latest, most consolidated iteration of the notion of being cool/elite/fashionable. As such, it serves as a convenient entry point for a crucial discussion of what all of this means for Christianity, which to outside observers probably seems about as far from “cool/hipster” as possible.

What does it mean that “hipster Christianity” exists? Should we be alarmed and unnerved by the marriage of seemingly competing aims: following Christ and being cool? Or are there good things “hipster” has done for Christianity?

Well, yes. [Editor’s note: Brett has much more to say about the good things hipster Christianity has brought to the Church. Check out the full article in the Sept/Oct issue of RELEVANT for the whole list.]

It makes the problem of individualism worse

At its core, hip is an individual pursuit. It’s about how I can set myself apart, how I can advance my standing in the world, turn heads toward me, be noticed, be envied, etc. It’s a way to announce oneself to the world, to assert one’s agency against the behemoth of abstracted culture. It’s a way to advertise one’s privileged knowledge about how to look and act in a fashionable way. And all of this is a thoroughly individualistic affair—meant to distance oneself (or at least distinguish oneself) from the pack.

In terms of Christianity, this is a problem. Contemporary evangelicalism has drifted away from the corporate tradition of Christianity and adopted a more malleable “spirituality” that traffics in phrases like “do-it-yourself,” “self-help” and “your best life now!” That is, we’ve moved from a Christianity that was primarily about living out the Gospel collectively to one that is now almost entirely about “that’s how I like it,” ice cream parlor personal preference. As a result, something so wholeheartedly individualistic and self-serving as “hip” has become commonplace and even virtuous. But I’m convinced it is actually a hindrance.

“Hip” says we can and should rely on our own devices in terms of how we define ourselves. It calls us to be different and unique and not bound by the norms and standardizations of group culture.

This is cynical, yes, but unfortunately true. “Cool” is ultimately a lonely world because it makes people fear you. It signifies elitism. It makes uncool people really uncomfortable. It makes it hard for cool people and not-so-cool people to mix and enjoy each other’s company.

This bodes ill for our churches, which are supposed to be welcoming for all people—both cool and uncool.

It fosters pride and vanity

Being a hipster does not help one’s ego. Quite the opposite. The whole notion of “cool” is that we are better than the majority—that we are a minority with privileged knowledge and narrow access to whatever is “in” at the moment. Cool advertises the notion that we have everything together and can execute a style or fashion better than just about anyone. It’s an expression of self-aggrandizement and provides coals for the fires of our pride and arrogance. To be hip is to be haughty and elitist, scorning those “less-thans” and “have-nots” who can’t compete with our fashionable aesthetic—in movies, in clothes, in books, in music … even in food.

It’s too much about rebellion

Rebellion itself is not a bad thing, of course. It’s sometimes called for and frequently productive. Jesus was a rebel. He was God incarnate; how could He not be? But His purpose was higher than just subverting the norms and standards for rebellion’s sake. Hipster culture today elevates rebellion as an end unto itself, and this is problematic. Being “cool” requires we bend the rules or break them, because rules are oppressive and systems of control are highly dubious.

As a result, the hipster existence is frequently rife with vices. If hipsters can’t completely overthrow the structures that bind them, they can at least destabilize and unnerve those structures by engaging in hedonistic, naughty behavior. It’s about freedom, partying and transgression. If you aren’t willing to engage in at least some vices, it will be hard for you to maintain any sort of hipster credibility.

This is one of the most important and common sources of tension for the Christian hipster. This is where the inherent dissonance in cool Christianity creates the most ruptures. I’ve known many young Christians (myself included) who have engaged in these “vices” to an unhealthy extent—in the name of “fun” and “cool,” but chiefly “rebellion.” All these things were forbidden and unfairly demonized in evangelicalism for so long, and now the pendulum is swinging. Christian hipsters are rebelling against that old legalism and proclaiming their “freedom in Christ.”

But the life of a Christian is about putting to death our earthly desires, right? (Colossians 3:5) It’s about meditating on things that are true, honorable, just, pure, lovely and commendable (Philippians 4:8), not flirting with darkness and the corrupt, right? If so, how can we justify living into the patterns of hipster hedonism and rebellion, which esteems vice and shuns the alternative as prudish legalism?

At the end of the day, the moral of this story is that appearances do matter. Many young, fashionable Christians would like to think that looking and being “cool” should not affect or be affected by being a Christian. Why should being Christian spoil all the fun of being a hipster? “Can’t I continue to smoke cloves, dress like a thrift store bohemian, look down on people for liking Daughtry and also be a Christian?”

Christian hipsters tend to find refuge in this sort of dualism, refusing to believe there might be anything implicitly unChristian in the hipster way of life. But lurking beneath this belief is a sort of gnostic assumption that “being a Christian” is mostly a spiritual thing rather than a physical, embodied thing. Christianity, they might think, mostly has to do with believing things and loving people, and has little if anything to do with the clothes we wear, or whether we smoke or get tattoos. But it seems much more likely that these things do matter, at least somewhat.

There are good things that hipsterdom has done for Christianity. Hipsters have helped the Church become more aware of the need for social justice, more attuned to the appreciation of creation and created goods, and hipsterdom has certainly made the Church more culturally engaged. But Christianity is always an embodied thing, and plays out in the material, cultural, socioeconomic world. And this means we have to think about how Christ is seen through our lives in a holistic way.

This article is adapted from a longer piece that appears in the Sept/Oct issue of RELEVANT. Brett McCracken is the author of Hipster Christianity (Baker, 2010), out now. Check out his website to see more about the book and to see if you’re a Christian hipster yourself.