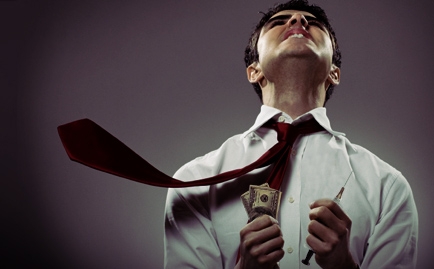 At the time, seeing The Cannonball Run II series seemed like the harbinger of good taste. I was young and excitable, and few films delivered the ribald hilarity and crash-’em-up high jinks of the Burt-Reynolds-races-hot-rods-illegally-across-the-heartland crowd-pleaser.

The biggest problem with Cannonball Run II was what it did for my speeding urge. The moment I walked out of that Saturday afternoon screening, I wanted to push my gas pedal to the floor. Fortunately, I was not quite 15 years old, so even though I had a desire to speed, I had neither an automobile nor an opportunity.

So, as my friend drove me home from the movie, blaring the radio and rocking like a hurricane, we drove faster than we should. And then we saw the incident—and gasped.

A Camaro came flying over the horizon. It must have been topping out at over 100 miles per hour. It careened out of control and then rolled, nose-over-nose, into a mangled and ghastly heap of metal. It was the most horrific car accident I had ever seen with my own eyes.

But sin only has a tendency to seem rational because it omits pertinent information. Sin grabs us with rational truth ("it will feel good") while discarding subsequent facts ("until it doesn’t"). Sin has a great salesman: a voice that knows how to overmarket its temporal benefits while downplaying the imbalanced cost.

It’s the same as the pleasures of speeding. It may seem simple and pleasant and safe—but it will lead to the same heap of mangled rubble in the end.

We are barely able to blink without giving in to temptation. Of course, we would vehemently battle this statement, because for the most part we believe we are dodging the biggies: sex, drugs, and non-Christian rock ‘n’ roll.

And as a church culture, we don’t tend to stumble obviously. This is what we chastise and shake our heads at. No, we only sin in public when it is acceptable to those who stare at us. We sin when it seems, well, sensible.

The truth is, we will be tempted. There is nothing we can do to stop it. The problem isn’t really the temptation—nor is it merely the giving in to it. I mean, yes, giving in to temptation is a problem, but it isn’t the largest problem. The largest problem is that we are so focused on what we deem the bigger temptations, that we are doing nothing at all about our response to the smaller ones. And it is these smaller temptations that eventually become devastating.

We wrap our accountability around lust and addiction: alcohol, drugs, sexuality, and the like. But we aren’t very vigilant when it comes to materialism and excess. Pride and resentment. Rumor-mongering. Superiority and jealousy. Monitoring the words that come out of our mouths. Selfishness and greed. Negativism and divisiveness. In fact, we do a pretty good job of ignoring that these all fester inside of us. Why? Because in modern society, they’re okay.

I’ve known too many Christians whose faith and unaddressed sins sloshed against each other like nitro and glycerin. One day they inevitably exploded. When they did, the excuse that their specific enormous sin issue was always a reality and they simply could not pretend anymore. Statements abound, such as “this is like the thorn in Paul’s flesh,” or, "God made me this, way, so I cannot change."

This is all, of course, hogwash.

We each have a sinful nature. We all have weaknesses that, unchecked, eventually become sin that can destroy our lives. But this dormant sin is not some fungus that will hatch no matter how deep our cleaning. It is a seedling that grows when we water and feed it, and we give sin sustenance when we excuse and bury the little stuff in our lives. Of course, no sin is little—but culture (and certainly the Church) have minimized some while maximizing others, never acknowledging that the minimized, socially acceptable sins eventually do eternal damage.

The root of this comes from the age-old game called Scripture plucking. We realize that we can take Scriptures out of context to defend just about every pattern of life that we want to justify. But the Bible was never created to defend our opinions. It was created to be meditated upon so that we would fully understand God’s opinions.

So then the question arrives: How do we determine what is sin? Every human can find a scriptural thesis either supporting or condemning his or her own habits if they have the time. So how do we know for certain? We know sin by what sin does.

The reality of sin is quite simple: Sin separates and sin destroys.

Regardless of how hard you attempt to defend your life habits, regardless of how acceptable they are in modern society or church community, if those habits accomplish any of the above, they are sin.

And then I saw that freedom crush a man to pulp.

This article is adapted from Christianish by Mark Steele. Used with permission. May not be further reproduced. All rights reserved. Copyright 2009 Cook Communications Ministries/David C. Cook.