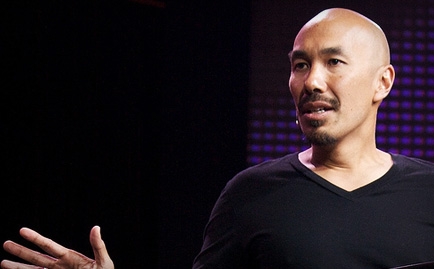 Teacher and author Francis Chan made waves recently for leaving his megachurch and heading to Asia to follow God’s call. He’s now returned, and has entered one of the most controversial debates in modern Christianity—what are Christians supposed to think about hell? His new book, Erasing Hell (due out in July), takes on the current conversation with Chan’s characteristic grace and candor. Chan recently sat down with RELEVANT to discuss the new book, how Christians can unify and if he thinks there’s a chance he could be wrong.

Is there any coincidence that you have a book coming out right after Rob Bell’s book on hell, or is this a specific and intentional response to what he’s written and put together?

Chan: Yeah, you know, it definitely was spurred on after reading his book. [It raised] some new thoughts for me, and praying through those. You know, [I] just [had] a range of emotions as I read the book. But one thing, for sure, it made me study again and go, “Gosh, I’m not so sure about some things anymore.” As I studied and as I got into it, I just felt like: “You know what? I need to write something to this issue.” So that definitely got the ball rolling for me as far as thinking, and so I’m very grateful for that, because hell isn’t something I normally think about—I almost try not to think about it. But then as I was thinking through these thoughts [and] I realized, “This is a topic we avoid, and there really isn’t a lot written on the topic, at least to the mainstream.” So I just felt like God wanted me to write something about it.

Do you find the topic of Hell has been a difficult thing for you to dig into in conversations with friends, or even as a pastor? Is it something you feel like you haven’t emphasized enough, or emphasized in the wrong way in the past?

Man, this whole study has been so sobering to me. It’s hard to talk about right now, honestly. There’s so many emotions that run through me whenever I even say the word “hell.” So, I think it’s healthy, and it’s good for my soul to discuss and to study, but it’s very difficult—it’s always difficult.

Why do you think it’s so difficult? Why is it so emotional?

[Long pause] I think about … friends … I think about … this is eternity—friends, relatives. Just people I care about, that I love. It’s that area that I really struggle with. You know, I had some friends die, and immediately after I want to just take the Bible and trash it, in some ways, because in the flesh it’s very hard to accept. Just to have a discussion about, or just kind of talk about it in everyday conversation, it’s hard to separate my emotions.

This topic over the last several months seems as though it’s exposed a lack of unity in the Church. What do you feel like it’s exposed within dialogue and conversations that you’ve been around related to people’s thoughts on Hell?

Gosh, I think it exposes a lot. I think you’re right: It shows a lot how unhealthy we are as believers and as a body, especially here in the U.S. We don’t know how to disagree well. I think we revert to name-calling or labeling, belittling, versus really getting into the Word and loving each other, and saying, “Hey, let’s study this together a little bit more" or, "Let’s talk through the issues a little bit more.” So I think it’s exposed some of that. Everyone just kind of runs to their camp and I don’t know how open they are to just really listening or to just studying the Word deeply for themselves.

Did your opinions or your belief systems about hell change during the study and process and research related to the book at all? Or did it solidify what you felt like you already believed?

Yeah … some things changed. Some things I feel more strong about, and other things I realized, “OK, I always thought that was a lot clearer than that,” and it wasn’t. So yeah, some of my views have changed.

What conclusions have you come to after the research and the study you did for the book specifically on the topic of Hell?

That it’s very real. It is a place we need to avoid at all costs. It is a terrifying thought to fall into the hand of the Living God as Scripture tells us. But I was also surprised that these passages are really written to people who call themselves “believers.” Usually we only talk about Hell in this evangelistic, “I’m going to preach the Gospel” and “Hell, fire and brimstone” to these unbelievers, but these passages really were written to those who called themselves the Church. It’s a very sobering thought, and a very interesting warning.

Five Prayers That Changed the World

Do you feel a holy responsibility to be a voice of truth about Hell, right now, based on the cultural conversation that’s happening in the Church?

I do. I do. And maybe that’s some of this. This is not something I wanted to do. It really felt like a weighty responsibility where I really couldn’t sleep at night. It literally would wake me up. I’d wake up in the morning thinking about it, go to bed thinking about it, think about it all day. Again, really sensed like the Lord wanting me to approach the subject. And part of me wonders: “OK, Lord, why did you want me to do this? Is it really that you wanted me to be the voice for this?” And some of me wonders if it was for me. Like the Lord saying: “OK, you don’t think about this enough. You need to repent of some of these things.” And that certainly has happened, and continues to happen. I mean, it’s a really humbling process. And so, yeah, I do feel a calling, I guess you can call it, a burden, a sense of responsibility. That’s what led me down the road.

If the texts are so clear, why are we all still disagreeing about it?

I don’t want to guess at anyone’s motives. I know my own, and I know there are certain things I really, really want and wish to be true, and I know that gets in the way. I mean, I—I’m not … you know, I don’t want to look for, like, an obscure detail, or try to find some nuance in the language. I’m a pretty simple guy. I just read the Bible and go, “OK, if I read this 50 times on an island, what would I come up with?” Pray, fast—I’ll study. I’ll look into the language, but I think I really don’t try to bring up some strange thing that a 15-year-old couldn’t come up with. It’s just [like], "Gosh, this seems like the obvious teaching of Scripture." So that’s where I hang my hat.

Do you think there’s any chance after all this research that you still could be wrong with the position that you’re taking?

Of course. I mean … I could be wrong about salvation. I could be wrong about a lot of things. I think that’s what has made me sick through the whole process, because I realize that I don’t want to—when I put something in print, that’s a big deal to me. I’ve said things that are wrong, and I want to be very, very careful. Because if I tell someone that there’s a hell and there really isn’t, I’ve really ruined their lives. They carry this unnecessary burden for the whole time they’re on Earth. I slander God. And at the same time, if I say there is no hell, and there is, then by the time people figure it out, the ones I’ve convinced … I don’t even want to think about the consequences. Really, I don’t know of a better word than sickening or sobering. This whole process I’ve tried to do my best. So, could I be wrong? Absolutely. Do I feel like I’ve done everything I can? [Long pause] Obviously we can all try harder. But I worked pretty hard on this one. I prayed pretty hard. And I’m praying that this is right. The whole time, every day: “Lord, don’t let me say anything, don’t let me write anything that’s not true about you. I don’t want to get anything wrong. Please, please don’t let me say anything about you that’s not true.” All I know is that’s been my prayer, and that’s what I’ve been pursuing, and I’m trying to get rid of any human desire or want of anything. “God, I want this. I don’t want to communicate anything about you that’s not true, especially in this area.”

For more of our conversation with Francis Chan (with video), check out this Friday’s (6/10) RELEVANT Podcast by heading over to the podcast center.