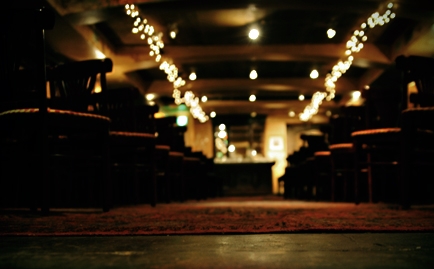 After nearly two decades
of the emergent dialogue, it seems to draw no less criticism. The
movement started as a conversation on the most effective ways to do
evangelism to a postmodern generation. As one of its pioneers, Brian
McLaren, says, it had its genesis in a desire to share the Gospel in a
changing social climate.

“Among English-speaking people, something
significant began happening in the late ‘80s and early ‘90s,” McLaren
says. “People began to realize the West was, in many ways, as much a
mission field as anywhere else.”

Then there was the reality of a
new, rising generation that viewed the world through a different lens
than their forebears. Generation X, along with the burgeoning
Millennial generation, had little in common with their baby boomer
parents. As a result, the early brain trust of the emerging
conversation sought new ideas for presenting Christianity in a context
these generations would understand.

“In the U.S., in the ‘90s
people started realizing younger generations were not being recruited
through the church growth movement,” McLaren says. “And so people
(mostly boomers) started talking about reaching Gen X. When they
started listening to Gen X folks themselves, they said—rightly, I
believe—‘This isn’t about generational styles. This is about something
deeper, a profound shift from a modern, colonial, industrial,
organizational world to a postmodern, postcolonial, postindustrial,
ecological world.’ People started talking about a number of issues as a
result—evangelism, leadership, worship, spiritual formation, theology.”

Even
though the emergent conversation may have begun as a cross-cultural
communication trying to share the Gospel, a particular theology did
start to take shape around it. Critics began to accuse it of abandoning
orthodox Christianity and creating a new theology. And recently,
concerns have been growing even among those who don’t view the emergent
church as a departure from orthodox ideals. In fact, some critiques are
coming from those who helped found the movement.

Author and pastor
Dan Kimball feels the emergent conversation has begun to deviate from
its original purpose. “When the whole emerging church discussion began,
it was primarily about evangelism and mission to emerging generations,”
Kimball says. “That’s why I got into it, and it was fun and a thrill to
be part of.”

However, Kimball feels the discussion has shifted to
a more insular examination of theology rather than emergent’s original
missional focus. “After a while, some within it began focusing more on
theology and even some core issues of theology—which is needed as
theology is very important,” Kimball says. “But the whole central focus
of evangelism to emerging generations was lost, in my opinion.”

McLaren
also recognizes a shift in the conversation. “Like any good
conversation, we’ve moved from topic to topic,” he says. “For a while,
it was all about doing church. Then we focused a lot more on doing
theology. Lately, we’ve been focusing more on justice. I think there’s
an important conversation brewing about being disciples, too.”

However,
McLaren doesn’t feel the desire for a missional mindset has been lost.
“I do think evangelism remains a high concern for many of us,” he says.
The change, he feels, is in the way evangelism is viewed and how it’s
executed. First and foremost, McLaren says, evangelism requires a
reexamination of the health of the Church.

“If evangelism is about
helping sick or wounded people make it to a hospital so they can become
healthy enough to then heal others, what do you do when the hospital is
dysfunctional and filled with its own infections?” he says. “We have to
pay attention to the health of churches if we want to help more people
become healthy disciples. And the health of churches means many
things—liturgical health, theological health, social health and so on.”

But the question many are asking is: Is the emergent conversation focusing unduly on
theology? Though theology and evangelism may be intertwined, the
movement set out to couch theology in a new cultural context rather
than redefine theology itself. As it’s progressed, the conversation has
admittedly begun to deconstruct and examine orthodox evangelical
theology. “I actually think a beautiful and coherent theology is in the
early stages of emerging, but it won’t be held in the pocket of any
single group,” McLaren says. “I think it will be a coherent, narrative,
ecumenical, conversational and intentionally in-process theology …
that seeks to learn and keep learning rather than settle everything and
market a prepackaged product.”

Kimball feels the theology developing
in the emergent conversation is nothing new at all, but rather a
recasting of earlier liberal theologies. “A lot of the things discussed
and then even becoming beliefs is pretty liberal theology. My concern
is seeing younger Christians especially who don’t know these
theological issues were discussed before and the results of the
discussions throughout Church history get caught up in thinking this is
a new expression of Christianity when it is pretty much classical
extreme liberalism in a new, cooler wrapper,” Kimball says. “We need to
look back at the discussions the Church has had throughout Church
history to understand some of the discussions happening today.”

A future “without” emergent

The
litmus test for the continued health of the emergent conversation,
according to McLaren, is not that its ideas become rigidly defined and
institutionalized, but rather that they become part of the collective
unconscious—ideas that seemed so radical in this generation would
become mere second nature to future generations. In doing so, emergent
would have the opposite fate of so many movements that became
unshakable status quo behemoths. It would merely melt into the common
ideals of Christianity. “I suppose the greatest sign of success would
be that the ideas and values we have been pursuing would become such an
unspoken part of Christian identity that nobody needed to use a term
like ‘emergent village’ again,” he says. “But, from the looks of
things, we’ve still got a long way to go for that to happen.”