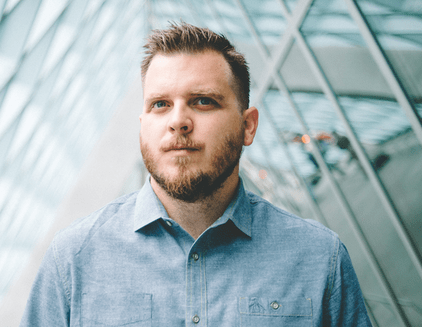 Thrice frontman and indie artist Dustin Kensrue has resigned from his position as director of worship at Mars Hill. The move comes after a letter—signed by Kensrue and several fellow church leaders—asking that Pastor Mark Driscoll step down for a time and seek “restoration” following numerous controversies, was leaked to the media. The original letter added, “We believe that in many cases we have invited these controversies upon ourselves by not seeking the truth and not seeking to be in the light.” In his resignation letter, Kensrue said that the authority of church elders to correct leadership at Mars Hill “is trampled under the man-made hierarchies and ‘chain of command.’” Driscoll has since announced a six-week leave absence saying, “The current climate is not healthy for me or for this church,” adding, “I have submitted to the process prescribed by our church bylaws as overwhelmingly approved by our entire eldership for addressing accusations against me.”

Throughout his resignation letter (which he posted here), Kensrue focused on what he sees as a lack of ability of the church elders to offer correction to higher church leadership, and the inability to address concerns raised by church members and the media. He told members:

I would encourage you to not muddy the issues by engaging in personal attacks and becoming bitter. I honestly believe that [the Board of Advisors & Accountability and Executive Elders] love you, and that they love Jesus. But I also believe that they are blind to what is really going on, and blind to what the roots of the problems are. I believe that they are treating the media as their conscience, rather than heeding the voice of the Holy Spirit and the voice of the elders. So speak boldly, but speak in love. Mars Hill is not on a good trajectory.

You Could Design the Cover of the ‘Arrested Development’ DVD Set