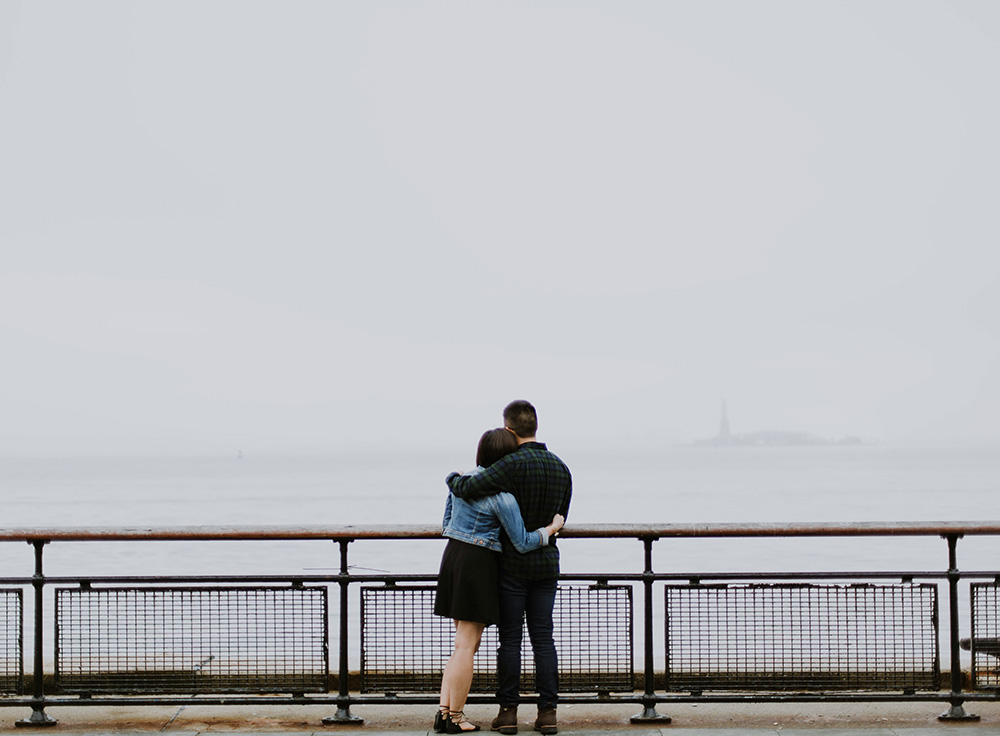 My husband and I sometimes fail to comply with the gender stereotypes presented to us by society. For example, one evening a few years back, he practiced the piano while I installed our new dishwasher. He didn’t offer to help and I didn’t ask. He deeply appreciates my willingness to take on home-improvement projects and feels no compulsion to rescue me or take over. Frankly, he’s relieved.

The two of us individuated from traditional gender norms long before we got married. I played competitive sports from kindergarten through college and then worked in the male-dominated field of news and sports photography for nearly two decades. During high school, he opted for chorus and theater. To this day, he feels more at ease on a stage with a microphone than on a court with any type of spherical object. In fact, after years of basketball games with our sons, his layups still resemble Fred Astaire with a charley horse.

However, he slam-dunks me in the emotional-relational realm. Not only does he always know what he’s feeling—he’ll happily share those feelings without waiting to be asked.

If you imagine that we’ve always appreciated these profound and quirky differences, you would be wrong. Until fairly recently, we toggled between shame, disappointment and anger. Why? Primarily because we’re sinful but also because of the extra-biblical gender expectations we unwittingly carried into our marriage.

After many years of working through disappointment, we finally learned to examine our gender-based expectations through the lens of Scripture—rather than secular or church culture—to the end goal of helping each other flourish. Trying to conform to rigid, binary gender roles is rarely fruitful. Neither is trying to make your spouse conform to such roles!

We’ve come to believe that God offers us a wide variety of options regarding how we live out our calling in the context of marriage. Pastor and author Timothy Keller seems to agree. He writes in The Meaning of Marriage, “Rigid cultural gender roles have no Biblical warrant. Christians cannot make a scriptural case for masculine and feminine stereotypes.”

At the pinnacle of creation, God said, “Let us make human beings in our image, to be like us…”

Unlike all other creatures, God created us to reveal and represent Him on the face of the Earth. Curiously, an individual man or woman cannot fully reflect God. Author and theologian Carolyn Custis James explains in Malestrom: “Adam is one. But the God he represents is plural—a Trinitarian three in one. A solitary image bearer cannot adequately or accurately reveal God in the world, much less fulfill his destiny as a human being.”

Men and women image the triune God more fully when we create and participate in collaborative partnerships (marriage or otherwise).

In order to fulfill our calling as God’s image bearers and participate in such collaborative partnerships, we must understand how we have been affected by sin’s legacy. God created us to live and labor as equals who are subordinate only to Him. Unfortunately, culture often generates gender hierarchies that culminate in unequal power dynamics and idolatrous relationships. Rather than appreciating and honoring our intentional differences, we disrespect, devalue and manipulate each other.

Furthermore, sin somehow uniquely targets each gender. Many men have to fight against the impulse to dominate and exploit. If they succumb to that broken inclination, they corrupt their relationships with one another, with women and with the Earth. Women have to fight against the impulse to judge men as incompetent and untrustworthy. If we give in, we end up trying to control men rather than trust and respect them.

Our inherent differentness causes conflict because otherness takes us out of our comfort zone. It stretches us and demands that we grow. If we’re honest, most of us resist what diversity requires of us. We prefer that our spouse (and everyone else) be more like us. We went them to think like us, problem solve like us, and certainly, load the dishwasher like us. But if we truly want to love and honor our spouse, we must learn to not only accept, but celebrate their otherness.

How do we become our true gendered selves?

As in all things, Jesus shows us the way. A close reading of Scripture reveals that the Messiah apparently never got the memo stating the rules and regulations about being a male leader. He did not take advantage of women but instead treated them with esteem and honor.

When Mary poured nard on his feet (Luke 7:36–48), He defended her lavish display of love. He spoke respectfully and forthrightly to the Samaritan woman at the well (John 4), shocking His companions because Jews religiously avoided the mixed-race Samaritans. As their king, He transcended hierarchal boundaries by washing His disciples’ feet (John 13:1–17).

Yet Jesus was by no means solely a tender, gentle servant. He overturned the tables in the temple (Matthew 21:12), rebuked the leaders of His day and endured an excruciatingly painful death on the cross. Jesus clearly exhibited what we would consider to be masculine and feminine attributes and inso doing becomes, as Carolyn Custis James writes, “the prototype for what it means to be human.”

What implications does this have for us? By pursuing Jesus rather than any distorted, cultural standards, we can stop expending so much energy trying to fit in and instead unself-consciously live out our unique calling.

In the context of marriage, as we learn to identify any extra-biblical gender expectations and then release our spouse from those expectations, we can esteem and enjoy the actual person we married rather than trying to make them conform to our preconceived ideals. This mindset frees my husband to play background music as I do minor repairs and allows both of us to fully and deeply appreciate each other.

Dorothy Littell Greco is a writer, author, and photographer who lives and works outside Boston. You can find more of her work on Twitter (@DorothyGreco) or Facebook (Words&Images by Dorothy Greco).

Chance, Arcade Fire, Lorde and The Killers Are Among This Year’s Lollapalooza Headliners