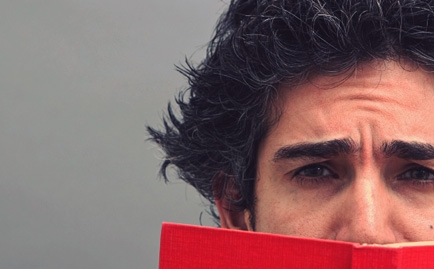 Mouse on a Plane

I am sitting in the back of a coffee shop listening to my friend Jeff rattle off a list of reasons why he thinks Christianity is absurd. As I listen, I realize I am not really hearing him. I am too busy thinking up rebuttals.

Then I realize something has to change.

The nature of Christian apologetics usually lends itself to this back-and-forth style of arguing. The problem is most people don’t like arguments. Those who enjoy arguing are like me—not really listening, just getting ready with the next point. Regardless of whether you like to argue, one thing is certain: Arguments don’t bring people to faith.

In an attempt to side-step arguments, traditional apologists have sought to make faith reasonable. After all, how can you argue with a faith that makes sense? The problem with this approach is that it takes deep theological ideas and flattens them to fit within the confines of logic. Can we really build the case that Jesus being fully God and fully man is rational? Even if we were successful in doing this intellectually, haven’t we robbed the idea of its "soul"?

In fact, I am not so sure that reason is so all-encompassing. We seem to forget logic was not discovered in the universe somewhere. It is not The Force. Reason and logic are products of creation, the software our brains use to make sense of things here on this earth. We invented things like science, math and time. So now we are going to take something as enormous and incomprehensible as the existence of God and make it play the very limited and contrived game of reason? I vote no.

What if we, like Paul, agreed with skeptics that faith is irrational? Remember, it was Paul who showed up in Corinth for an intellectual showdown between Christ crucified and those who were in love with Greek philosophy. In I Corinthians Paul spells it out:

"For since in the wisdom of God the world through its wisdom did not know him, God was pleased through the foolishness of what was preached to save those who believe. Jews demand signs and Greeks look for wisdom, but we preach Christ crucified: a stumbling block to Jews and foolishness to Gentiles, but to those whom God has called, both Jews and Greeks, Christ the power of God and the wisdom of God. For the foolishness of God is wiser than human wisdom, and the weakness of God is stronger than human strength. (I Cor 1:21-25)

Of course Paul was able to argue the finer points of faith very well. He was a theologian and philosopher of the first order. Look what he decides to do instead:

And so it was with me, brothers and sisters. When I came to you, I did not come with eloquence or human wisdom as I proclaimed to you the testimony about God. For I resolved to know nothing while I was with you except Jesus Christ and him crucified. I came to you in weakness with great fear and trembling. My message and my preaching were not with wise and persuasive words, but with a demonstration of the Spirit’s power, so that your faith might not rest on human wisdom, but on God’s power.  (I Cor 2:1-5)

Paul admits that, to the Greek, the wisdom of God looks like foolishness. Notice he doesn’t argue the point. He acknowledges it. John does the same in the first chapter of his Gospel when he says God became flesh. The Greeks would have laughed at this, but John didn’t care. It’s as if he was saying, “Fine, it doesn’t fit into your logic … now let me tell you what happened.” He was just telling the story.

Imagine a new take on apologetics that allows us as believers to be comfortable in our own irrational skin. Jesus conducting miracles? Illogical. The Christian ethic of turning the other cheek? Unreasonable. The theological idea of grace? Absurd. Our task of dying to the self? Paradox.

Skepticism could be the greatest friend of the apologist if we harnessed its power and allowed it to carry us to new places. Many people are halfway skeptics, broadcasting their questions 180 degrees. It is the halfway skeptic who is really not a skeptic at all. They have decided on a particular position and then lob intellectual arguments at its supposed opposite (the Christian faith). Though they claim to be a skeptic, the only things they doubt are other beliefs. A true skeptic doubts the place from which even they stand.

Let’s encourage the skeptic to go all the way with their skepticism. The questions begin to multiply at this point. Is human-centered logic really some kind of universal "force"?  Have we forgotten that logic, reason and science were not discovered in the stars or handed to us from Mr. Spock? We have a numbering system based on 10 "digits" (literally "fingers") because we have 10 fingers. Our measurements are taken from familiar sources like strides (meters) and our wine bottles (liters). There is a reason we call our hearts "tickers" as even our sense of time is drawn from our heartbeats. We have projected ourselves all over the universe. Our "logic" is just a way of feeling our way through this world. In the end, it is a story just like any other.

It is this kind of assertive stance that not only recognizes faith never claims to be logical, but its supposed "opposite" (reason) is on the exact same uncertain ground as faith. In reality, reason and faith are both rooted in story. Reason’s story comes from the mind of humans and faith’s story demonstrates its divine source in the myriad of ways that it defies logic. In the end, it comes down to being comfortable telling that story rather than trying to translate it to the human mind.

John Wilkinson is the author of No Argument for God (IVP Books 2011) and the high school pastor at LCBC.

My Friend, the Atheist