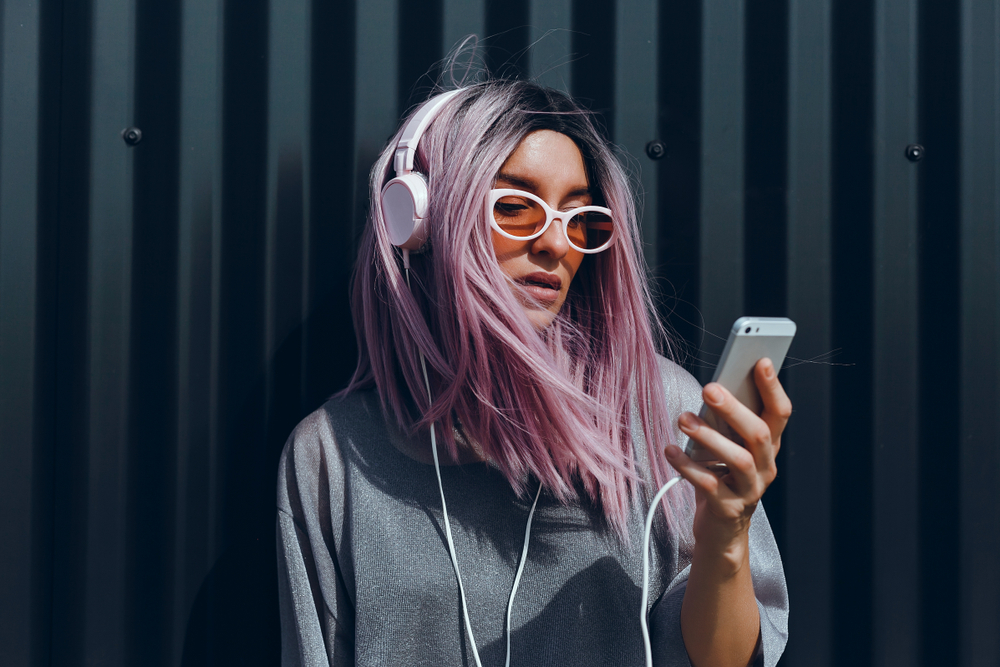 Maybe you remember that ad from a few years ago where a young adolescent boy asks, “Google, what is ‘glossophobia’?” A warm female voice gently informs him, “Speech anxiety is the fear of public speaking.” He clicks “explore more” on his tablet and launches audio of Franklin D. Roosevelt’s first inaugural speech on the steps of the U.S. Capitol, which soars over an inspiring video montage of Google coaching the young man’s preparations to give a speech in class.

We can tell the young man’s speech is a big success because his classmates burst into applause—and because a pretty young girl shyly smiles at him. Surprised and sheepish, he smiles back.

. . . out a girl, the drop-down bar suggests, because his trusty Google tablet can see into the hopeful places of the boy’s tender heart and wants to be his ever-present, all-seeing, secret-keeping BFF.

Many of us today turn to our devices to help us make sense of the world. Teens and young adults, especially, use the screens in their pockets as counselors, entertainers, instructors, even their sex educators. Why build up the courage to have what will likely be an awkward conversation with a parent, pastor, or teacher when you can just ask your phone and no one else will be the wiser?

Google searches are wonderful benefits, mostly, of life in the modern world. Who hasn’t found their life improved by access to the right information at the right time? Watch a step-by-step tutorial on repairing your dishwasher. Listen to your favorite song. Discover a new recipe. Shop for your friend’s birthday gift right now, before you forget. Confirm for the foolish person disagreeing with you that the villain in the first Die Hard movie is, in fact, Alan Rickman (not Jeremy Irons).

The virtual possibilities are virtually endless. Screens are magical portals to more rabbit holes than Alice could visit in many thousands of lifetimes—and a few even lead somewhere helpful.

Yes, there’s the rub: instant access to information is not wisdom. How do you find the rabbit hole that leads to real, worthwhile wisdom for living well and following Jesus in an accelerated, complex culture?

We at Barna have adopted a phrase to describe our culture that is marked by phenomenal access, profound alienation and a crisis of authority: digital Babylon.

Empires subjugate weaker nations of the earth using a variety of tactics, not all of which are marshal. Yes, empires use violence and hard power to achieve dominance. But military means often go hand and hand with colonial strategies deployed to transform the language, economics, and cultural imagination of conquered peoples. The Jewish elite were captured after Babylonia’s military conquest of Judah, forcibly taken to the empire’s capital and subjected to a cultural conquest nearly as devastating as their military defeat. (The book of Daniel is a vivid account of Babylon’s culture-eradication campaign, and of how some exiles successfully resisted.)

If a literal Babylon were around today, the internet would certainly be in the imperial toolbox—and insofar as we thoughtlessly consume whatever content comes our way, we’d be cheerful participants in our own colonization. Websites, apps, movies, TV, video games, music, social media, YouTube channels, and so on increasingly provide the grid against which we test what is true and what is real. The media and the messages blur the boundary between truth and falsehood. What is real is up for grabs. You’ve no doubt heard terms like “truthiness,” “fake news,” “post-truth,” and “alternative facts.” (Have you also come across the “research” that “proves” Millennials would rather give up their sense of smell than their smartphones? Fake news!) All of these contests to define reality are features of the current Babylonian landscape.

The power of digital tools and the content they deliver is incredible, and we are the first generation of humans who cannot rely on the earned wisdom of previous generations to help us live with these rapid technological changes. Instead of older adults and traditions, many young people turn to friends and algorithms.

Christians—even those who are very committed—are busier than ever, attend church less frequently, and have many options for socializing outside of a faith community. It is not uncommon for people to attend events and services at multiple churches. “Faith-based media” is so easily accessible and portable that we’ve got a whole class of people whom the Early Church would have found almost unbelievable: Christian consumers. Youth group used to serve as a main social outlet for teens and kids, but it is being replaced by sports and social media. The number of hours connecting, learning, and being discipled in a close-knit church community is now a drop of water in the ocean of content pouring out of screens.

Much more could be said, but the point is this: we are on the front end of a digital revolution that is tinkering with what it means to be human.

We are all residents of digital Babylon.

We are all exiles now.

In our new book Faith for Exiles: 5 Ways for a New Generation to Follow Jesus in Digital Babylon, we get to know the one in ten young Christians we call “resilient disciples.” They exemplify the kind of resilient faith we believe can flourish in our cultural exile. These sisters and brothers are young adults who model the outcomes hoped for by the community of faith. By getting to know resilient disciples, we find out what formation experiences and relationships are most effective for growing resilient faith in exile.

Faith for Exiles compares and contrasts the practices, beliefs, perspectives, and attitudes of resilient disciples with those of the prodigals (ex-Christians) and nomads (church dropouts), and of habitual churchgoers (those who attend church but don’t otherwise qualify under the “resilient” definition).

Based on our research with young resilient disciples, we kept probing the data to discern the story behind their resilience. If these are the kinds of Christians we hope to raise, support, and emulate, what can we learn from them? What makes them tick? What practices seem to distinguish these powerful examples of faith from the norm?

In the face of a coercive, spirit-depleting, screen-obsessed society, our research shows that cultivating five practices helps to form resilient faith. Again, these are not simple formulas; they are guidelines and guardrails for the formation of the soul. Think of them as the spiritual scaffolding around a young soul that enables the Holy Spirit to access the life inside, or the trellis that supports a growing disciple’s branches as their roots sink deep enough to sustain them.

The research we’ve conducted for this study demonstrates that Jesus’ work is alive and well among hundreds of thousands of young people today, in the United States alone. This is not a fact to gloss over. As much as we might wring our hands in frustration, the gospel is burning bright in many, many young hearts.

More than mere concepts, these young disciples represent a hopeful future for the Church. They embody the way of Jesus and show us how to follow him in digital Babylon.

Excerpted from Faith for Exiles: 5 Ways for a New Generation to Follow Jesus in Digital Babylon, copyright Baker Books, 2019. www.BakerPublishingGroup.com.

Kumail Nanjiani Is Refreshingly Candid About Getting in Marvel Movie Shape