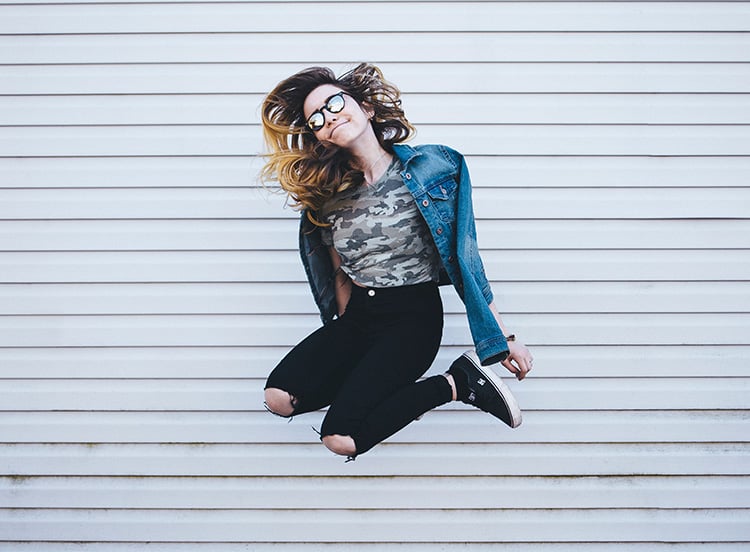 This Video of 3 Dallas Cowboys Getting Baptized Is Going Viral

Earlier this month, President Trump made the historic and controversial decision to remove federal protections from two national monuments in Utah: Bears Ears and Grand Staircase-Escalante. The president framed the national monument statuses of these lands as instances of “federal overreach” and his decision to remove those special designations as an effort to return control of the land to the people of Utah.

He said in a speech in Utah, “Some people think that the natural resources of Utah should be controlled by a small handful of very distant bureaucrats located in Washington. And guess what? They’re wrong.”

While framing the decision as an epic raspberry at big government may be compelling, it may also be misleading. The president’s speech gives the impression that national monuments restrict lands from public use, while many would argue that such protections are what guarantee that public lands remain public.

Moreover, the decision would leave nearly 2 million acres of land vulnerable to private ownership and use by extraction industries that many fear would compromise the scientific riches and religious ruins embedded in the landscape there. That is the contention from a diverse group of critics ranging from local Native tribes and the high-powered executives of REI and Patagonia outdoor brands.

For Christians, the conversation on public land carries theological importance. To illuminate that significance, RELEVANT interviewed president and CEO of the Evangelical Environmental Network Mitchell Hescox, an organization that works at the intersection of creation care and environmental policy.

“When I speak to a local church, one of the first things I ask people is, have they experienced God in the great outdoors,” Hescox said. “Ninety percent of Christians say that they have on many occasions. In fact, Romans 1:20 [says] the whole creation testifies to God … And our national monuments and our national parks and all of our public lands offer that great opportunity to every American.”

A part of the conversation revolves around the question of ownership: Who does the land belong to and who has the right to determine how it should be used? “Psalm 24 is very clear that the Earth is the Lord’s and everything in it,” he continued. “We are just caretakers and stewards. The lands are both national treasures and national wonders that are open to all people.”

He goes on to say that federal protections are one way to honor the words of the psalmist above.

“One of the things that most people don’t understand is, back in 1803, our government decided that any land outside of the 13 original colonies that would be acquired by the U.S. would be set aside for the benefit of everyone in the country. And throughout the years, we’ve done special things to allow individuals to own part of that land. The Homestead Act [for instance]—or we’ve given reward to Revolutionary War soldiers or Civil War soldiers,” he said.

“But that act of, making the land available for all Americans, was one of the great responses to feudalism in the Europe, we’ve all seen these stories and TV shows where if you kill the kings steer, you can [be hanged]. America decided it wanted its public lands to be opened for all, to be cherished by all … Part of the issue [is] are we going to keep these lands open as God deemed them to be—and even [as] our own country did at its very founding.”

He explains that this is not about partisan conflict. “The antiquities act was founded under Teddy Roosevelt, [so] places like the Grand Canyon started out as a national monument. Sixteen presidents throughout history have used the antiquities act to name national monuments. Eight Republicans and eight Democrats. It’s been totally a bipartisan thing until we started getting this question of who owns the land.”

He challenges the narrative suggested from the president’s speech, that the federal government is somehow withholding this land from the people of Utah, and that removing the national monument status will give the land back to the public. According to Hescox, the opposite is true.

The president’s decision is the harbinger of privatization and commercial exploitation. “It’s no secret,” he said. “I mean it came out today, that the uranium industry was calling [Interior Secretary Ryan] Zinke just a few weeks ago before these designations were made. People want to take these lands away. It’s why the sportsmen and the outdoors industry are up in arms. Hunters and fishers and hikers—they don’t want these lands to be roped off.”

That these lands may be claimed by private companies and limit their use to the American public is only a part of the issue. “The third issue for me is I have very strong belief in our constitution,” he continued. “I believe very strongly in the First Amendment to our constitution: the one that gives us the freedom to have religious liberty. I can tell you because I’ve met many [Native people who say] that Bears Ears is not only sacred because we experience God there as Christians.

[Native people] consider it sacred for their own past, their own history, their own faith. And you know, throughout history evangelicals stood up very strongly for religious liberties of all peoples, even if they’re not our practices. If you take religious liberty away from one, you take it away from all of us. So these issues of, you know, literally desecrating what was named Bears Ears and Grand Staircase should be an affront to all Americans.”

Study: Joshua 1:9 Is the World’s Verse of the Year

Striving for God’s Approval Can Hurt Your Faith