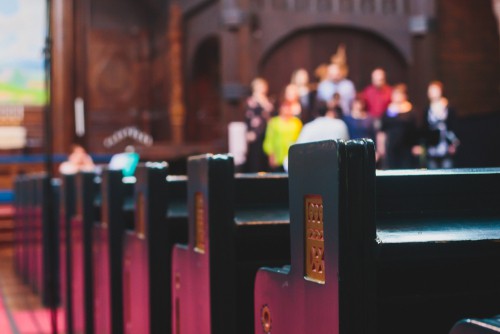 In a hotly controversial vote in St. Louis, the United Methodists voted to tighten their laws against gay marriage. The mainline denomination voted down what was known as the “One Church” plan, which would have let individual churches decide whether they wanted to perform same-sex weddings and hire openly LGBT clergy.  They instead voted for the “Traditional” plan by a margin of 438 to 384, which states that Methodist churches could face removal from the denomination if they do not affirm a stance against gay marriage and LGBT clergy. It’s a vote some say will precipitate a historic split in the denomination.

“Many of us have members who are saying they will leave,” Rev. Tom Berlin of Virginia, a member of the church’s legislative committee, told CNN. “A virus of conflict will spread.”

In a statement, Bishop Scott Jones wrote that “Today, more than 800 worldwide General Conference delegates affirmed the Traditional Plan as The Way Forward for The United Methodist Church. This decision resolves a long-standing debate about how we can best accomplish our mission of making disciples of Jesus Christ for the transformation of the world.”

“Our views on same-sex marriage have not changed,” Bishop Jones’ statement continued. “We will continue to welcome lesbian, gay, bisexual, transgendered and queer persons to our churches and affirm their sacred worth.”

One Book to Restore Your Faith In True Love