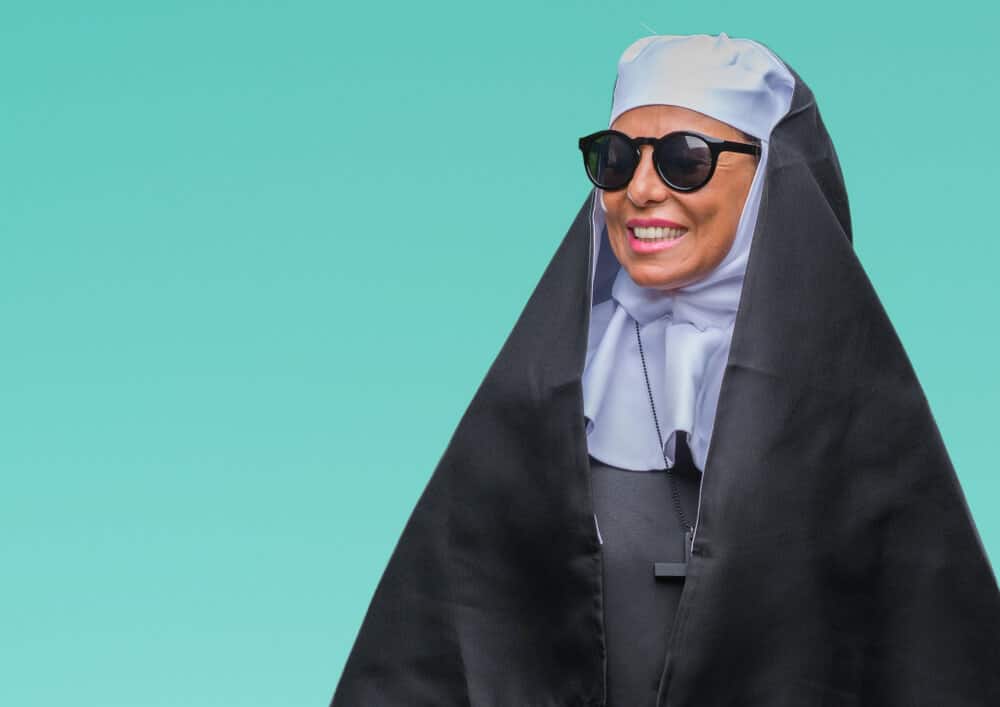 Researchers at the University of York have uncovered evidence for one of the most bonkers stories to come out of a convent this side of The Sister Act, except this one is considerable more Game of Thrones than “Whoopi Goldberg putting a little soul in ‘soul sister,'” if that follows.

Poring over one of the 16 tomes used to chronicle the work of the bishops of York between 1304 and 1405, the archivists came across a note in the margins describing a nun who had broken free from her convent. Dated 1318, the note reads: “To warn Joan of Leeds, lately nun of the house of St Clement by York, that she should return to her house.”

Here’s what the historians pieced together. Joan of Leeds, according to the records, “impudently cast aside the propriety of religion and the modesty of her sex” by faking her own death and fleeing her order. She faked a fatal illness and “pretended to be dead, not dreading for the health of her soul, and with the help of numerous of her accomplices, evildoers, with malice aforethought, crafted a dummy in the likeness of her body in order to mislead the devoted faithful and she had no shame in procuring its burial in a sacred space amongst the religious of that place.”

This is some real Shawshank Redemption-type stuff, except instead of redemption, the nun just wants to have sex and make money. The accomplices from inside the convent? The fake body? The heinous burial of that fake body on holy property? This has it all.

The correspondence among the bishops goes on to say Joan of Leeds was “seduced by indecency” and at the time of the writing “perverted her path of life to the way of carnal lust” and “wanders at large to the notorious peril of her soul.”

Yo, when’s this movie coming out? The craziest part: There’s no record of what happened to the nun! There was a manhunt for her, of course, but there’s nothing between the bishops indicating she was ever found. Tack a mysterious disappearance and a lost legacy on top of all this, and forget the movie, let’s make this a miniseries.

You can read the full story, as well as the baffled reactions of the researchers, here.

After This Trailer, Put ‘Yesterday’ At the Top of Our Must-See Movies List