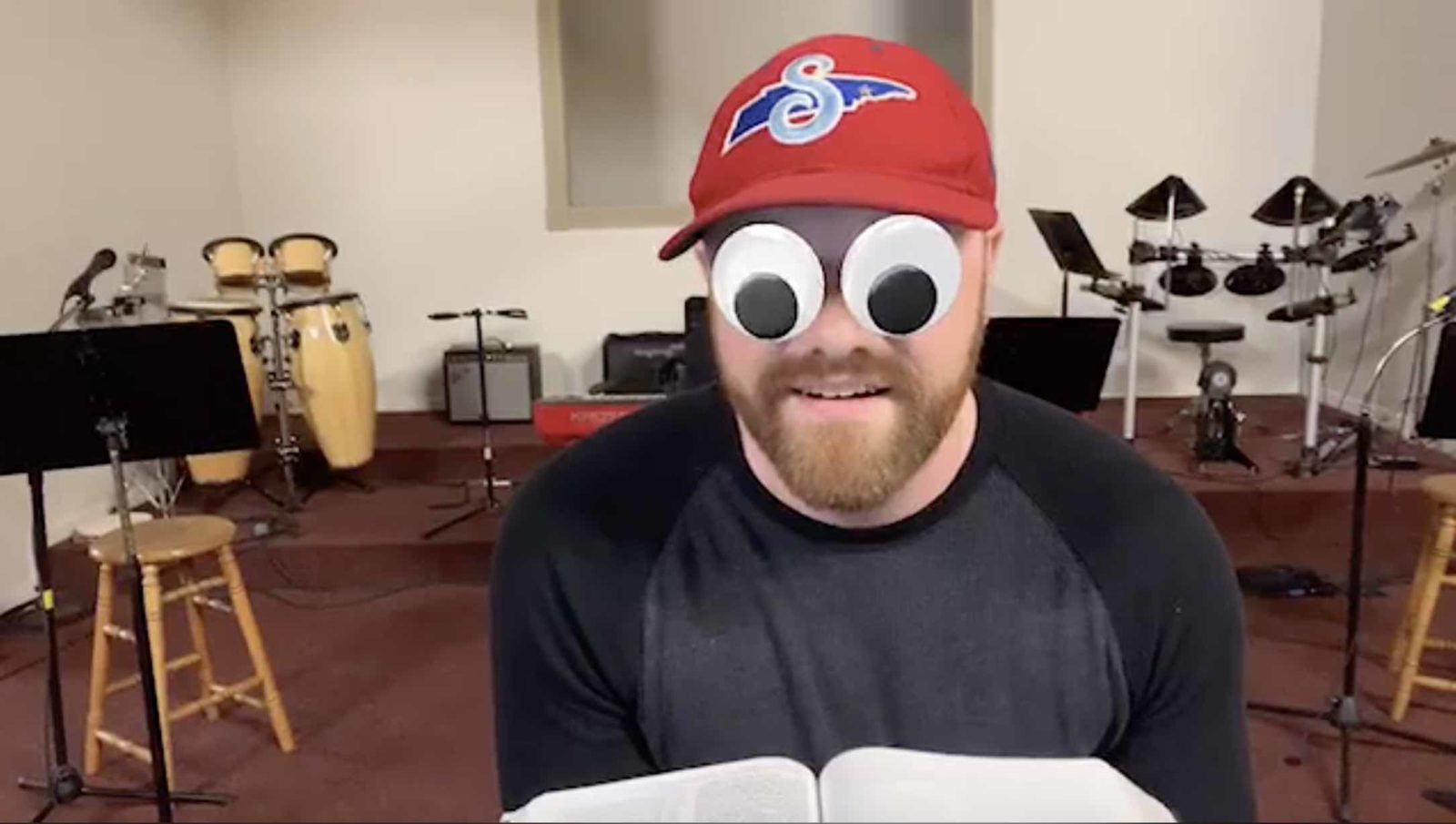 Whoops. Well, hey, we’re all in uncharted waters here. We make plans and God laughs. There’s no playbook for what church is supposed to look like right now, so maybe it’s no surprise that in at least one church, it looks like a pastor who alternatively appears to be a catperson, a wizard, a googly-eyed weirdo and other decidedly non-pastoral creations.

Pastor Scott Mowery at Immanuel Baptist Church in Butler, Missouri says he’s unfamiliar with Facebook Live — his church’s pandemic platform of choice — and the filters were accidental. “My wife’s comment pops up that says, ‘You’ve got filters going on,'” Mowery told FOX4. “We had another church member saying, ‘This is some interesting attire,’ and I’m like, ‘What? What’s going on? I can’t see anything.’”

Mowery’s wife, anchor in the storm that she is, posted the video to a group of friends and it exploded from there. “People were like, ‘He did that on purpose,’” Mowery told local reporters. “My mom, who was talking to me later says, ‘I know that face. You didn’t know that was happening.’”

The pastor is taking it in stride, although he hopes this isn’t the only thing he’s remembered for. “You go to school for all those years, have all that experience and prepare yourself, week in and week out, and then your famous moment is a bunch of cartoon faces,” he said.

Willow Creek Has Hired David Dummitt as Its New Leader