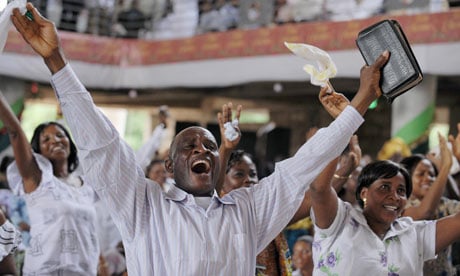 A new study from the Pew Research Center has found possible links between religious participation and the choices people make regarding their health and attitudes. Instead of looking at mere religious affiliation (how people identify), the study looked at how active people were in their faith.

In terms of health, the study focused on potentially dangerous habits like smoking and drinking. Of people who identified as active members of Christianity or another faith, and indicated they went to a religious service at least once a month, 85 percent said they didn’t smoke. For those unaffiliated with religion, the number was 74 percent, and (curiously) for those who identified as religious but weren’t active, the number was even lower: 72 percent.

In America, one-third of active religious members described themselves as “very happy.” This far exceeded the one-quarter of Americans who said the same, but identified as unaffiliated with a religion.

In their analysis, Pew paired this finding with other research and hypothesized that explicit participation and church attendance carried social benefits, such as a sense of connection, that contributed to people’s attitudes. These numbers were especially high abroad, particularly in places like Mexico and Colombia, where there’s a greater cultural emphasis on church and family.

The Pew Research Center pointed out that past studies have shown believers of various faiths are also less likely to have their outlook shaken by misfortune or suffering, with respondents citing a reliance on God and a hope for the future.

Friday’s a Good Day for a New Unplugged MxPx Video