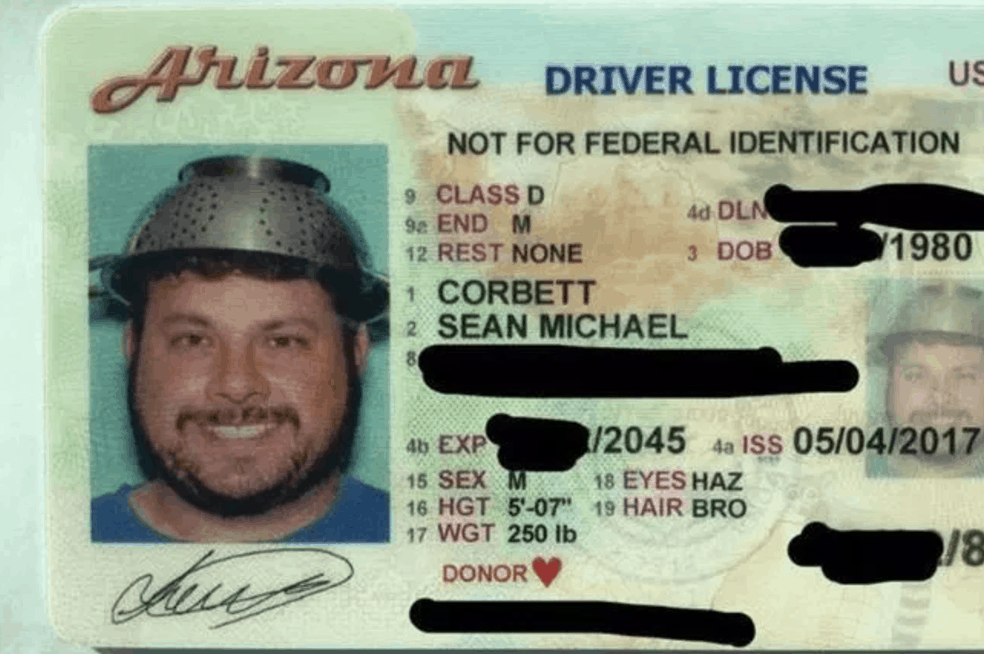 A man in Arizona is attempting to make a statement about religious liberty in a unique—and controversial way. And now, he may have to go to court to defend his bold statement: wearing a pasta colander on his head in a driver’s license photo.

For about two years, Sean Corbett attempted to convince the state’s DMV that he should be allowed to wear the silver bowl on his head, because he is a “Pastafarian” (someone who is a member of the satirical “Church of the Flying Spaghetti Monster”).

After they finally relented, Corbett got the photo, but now, state officials want the license voided, claiming his head gear interferes with the facial recognition software. Corbett, however, says he is a victim of discrimination, telling a local news outlet, “This has been the type of discrimination and religious persecution that I’ve been going through for the last couple of years.”

He added, “I confirmed that my photo does not interfere with facial recognition software. This indicates that there is no error, they simply are discriminating against my religion.”

What Actually Happens When Someone Dies?