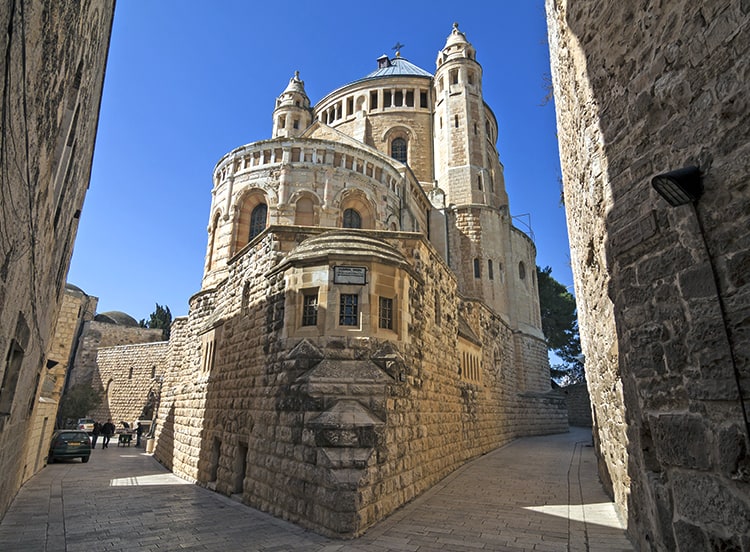 Do I Have to Agree With My Pastors?

Any way you look at it, tens of thousands of Christians die for their faith every year. Some experts estimate far more.

That means that for millions of Christians around the world, dying for what they believe is a real, if not likely, possibility. And whether they actually die or not, they expect a life-or-death moment in their faith. These are the Christians Johnnie Moore writes about in his new book, The Martyr’s Oath: Living for the Jesus They’re Willing to Die For.

If you don’t know, Moore makes a career of highlighting persecuted Christians. His book about the atrocities of ISIS, 2015’s Defying ISIS, went a long way toward raising national and global awareness of ISIS’s direct persecution Christians, Yazidis and other religious minorities. Amid the upheaval of parts of the Middle East in the past couple of year, as RELEVANT previously reported, Moore helped raise some $25 million to evacuate and assist Christians in Iraq and Syria.

We talked with Moore about his new book and what American Christians can learn from their sisters and brothers around the world.

For people who haven’t checked out the book yet, where does the title The Martyr’s Oath come from?

When I was in my early 20s, I attended a graduation service of a college in India; it was a Christian school of 2,000 graduates in a rural and persecuted part of India. They’d completed all their studies, the graduation service was all done, but there was one last step: They had all to stand up and recite after the chancellor of the school a “martyr’s oath.”

They actually had to stand up and say that they were willing to die for Jesus. And it wasn’t a stunt; it was like their lives. Somebody in that crowd, in that particular persecuted part of that country, was going to die—every year someone had died. In the church next door to the graduation service, there was actually a plaque on the wall that listed the martyrs from previous classes.

It really affected my life in a profound way. I felt like I was standing in the Book of Acts. It was my first encounter with the real persecuted church.

So did you grow up in a traditional American evangelical Christian?

For sure. Not just the “Bible Belt,” but the buckle of the Bible Belt. I grew up in South Carolina, a Baptist. Sunday school every time the doors were open. And I appreciate that. The Bible was taken seriously in that environment, and I learned much of the Bible. But I had so little exposure to the real world for lots of believers and so I needed this gap filled in or I probably would have lost my faith.

In the end, because of it, my faith is probably stronger than it’s ever been.

For almost all American Christians, we are fortunate enough to live in a country where our faith is the majority. There might be times where we face adversity, but not real persecution in the sense of threats of violence. So as someone who spent up until that point with this security closely associated with faith, seeing young people literally pledging an oath that they would die if it came down to it—how did that change the way that you view God and your role as a member of His church?

I remember the question that occurred to me (that became the sub-title of this book): Why is it so hard for me to live my faith, to live for Jesus, when it’s so easy for these people to commit to die for Him? That put me on a journey.

A year after that experience, I was in serious doubt. I traveled all around the world, I kicked the tires of various other religious systems and I read lots of other holy books. It caused me to go to deeper deeper places, and what I found was that Christianity in the Bible was very different from the Christianity I had been exposed to. I thank God for the religious freedom in the United States, and I do a lot to help keep that religious freedom, but sometimes that freedom can be harmful to our theology and our actual commitment to our faith because it costs us so little to be Christians. Christianity has always been, for 2,000 years, a faith that costs something.

We hear a good bit about martyrdom in the news, often with reference to other faith or groups like ISIS. But is that the same thing as Christians dying for their faith?

There is a big difference between a Christian martyr and a jihadist. There’s lots of talk of martyrs in our culture. But a Christian who dies for Jesus isn’t dying to earn the favor of God. We already have that: Our theology says we’re saved by grace, not by anything that we could do. But we are dying loving, we refuse to turn our backs on Jesus and we refuse to turn our backs on the world. We will love and we will share this message even if it costs us our lives. That’s very, very different from jihadism.

When you’re around American Christians who’ve never seen this kind of persecution, and then you’re with those people who this is their daily reality, what’s the difference in how these people carry themselves in day-to-day life?

In many parts of the world, Christians need faith to survive. We use faith for various reasons until we need it. They actually just need it everyday. As Americans, we’re problem solvers. We take pleasure in our ingenuity. We think things like, “Well if someone came to me and said convert or die, if your theology says that you’ve gotten your ticket to heaven and you can’t lose it, well why wouldn’t I just repent later live another day? I can protect my family, maybe I could hide somewhere and be different. I could live to fight another day.” That’s the American way of thinking about it.

But when you sit down with particularly Middle Eastern or North African Christians and you pause at such a scenario, I mean, they look at you like you’re from another planet. Their faith is so baked into their identity, and I think it says something about our hearts. There’s this verse that Paul wrote to one of the churches, and it says, “You have a form of godliness, but there isn’t power.” I think that’s our experiences versus their experiences.

To address that challenge is why I wrote The Martyr’s Oath. There’s one really, really short story that occurs to me: I was in a country next to Syria working with refugees. I encountered a family that left Syria and through series of events converted to Christianity, which is one of the most difficult decisions people in the world make. Their extended family found out about it, one of whom was a jihadist. He had written them a letter, and the letter said, “You have to come back and convert back or I’m going to come and I’m going to crucify you.”

We tend to talk about these things in statistics, and we tend to make people feel guilty that they should care about all these hurting people around the world. But it’s my conviction that the only way to the human heart, the only way to get the church to care, to get regular, everyday Christians to care—even to get public policy people to care about the issue—is you have to be acquainted with the real human beings. That’s a start.

What are some ways we can get involved and either share this message or contribute financially or even travel to help?

Secondly, we must tell the stories. Tell the stories in groups. Have a small group and, say, for the next 40 days, once a week, were going to get together and pray for this. Pray for these people; the book can be helpful with stories. There are great organizations on the front end that are helping these people. World Help is doing amazing work in North Korea; Open Doors International is an amazing organization; I also say political officials, Republicans and Democrats, tell them the situation matters. Even on Facebook or Twitter, you could post this conversation we’re having. That all matters.

Do I Have to Agree With My Pastors?