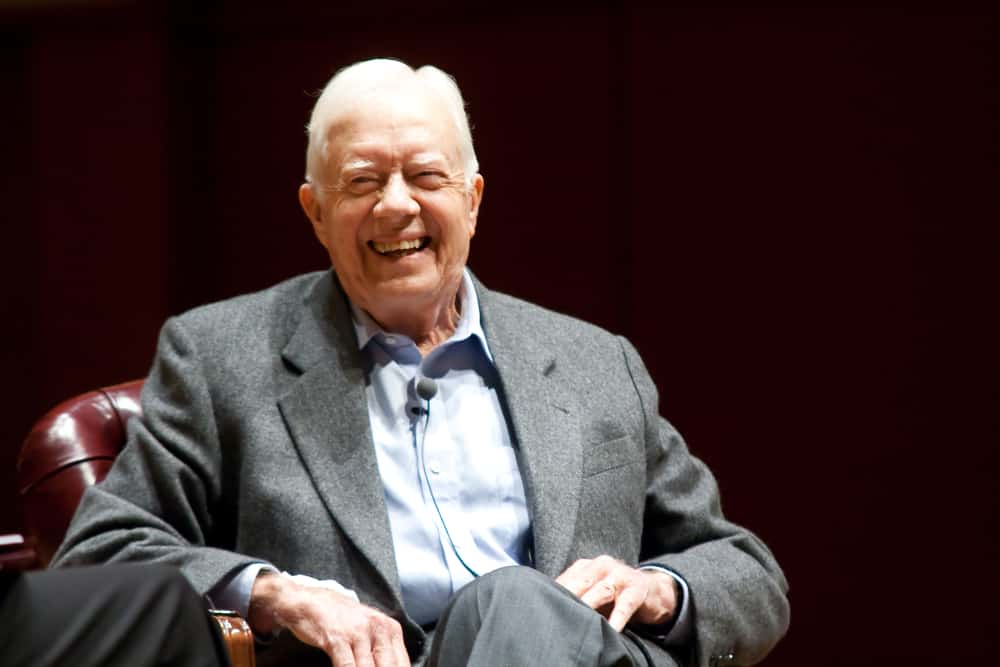 In his address, Carter took the opportunity to discuss what he believes to best the world’s biggest challenge to progress: discrimination and abuse against women and girls. Carter, who has long been an advocate against economic inequality, says violations against women are now higher on his personal ranking of global issues.

Carter also talked about how the threat of nuclear war is looming, the United States’ lack of leadership and direction when it comes to climate change and global warming, and the fact that the public is much less confident in its public officials and partisanship is only increasing.

He referenced racism and the country’s deepening racial divisions.

“So far, we Americans down through history have had a hard time adjusting to this concept of equality …” he said. “Even now, some of us are still struggling to accept the fact that all people are equal in the eyes of God.”

In keeping with a conventional commencement speech, Carter gave the graduates advice: to be truthful and kind.