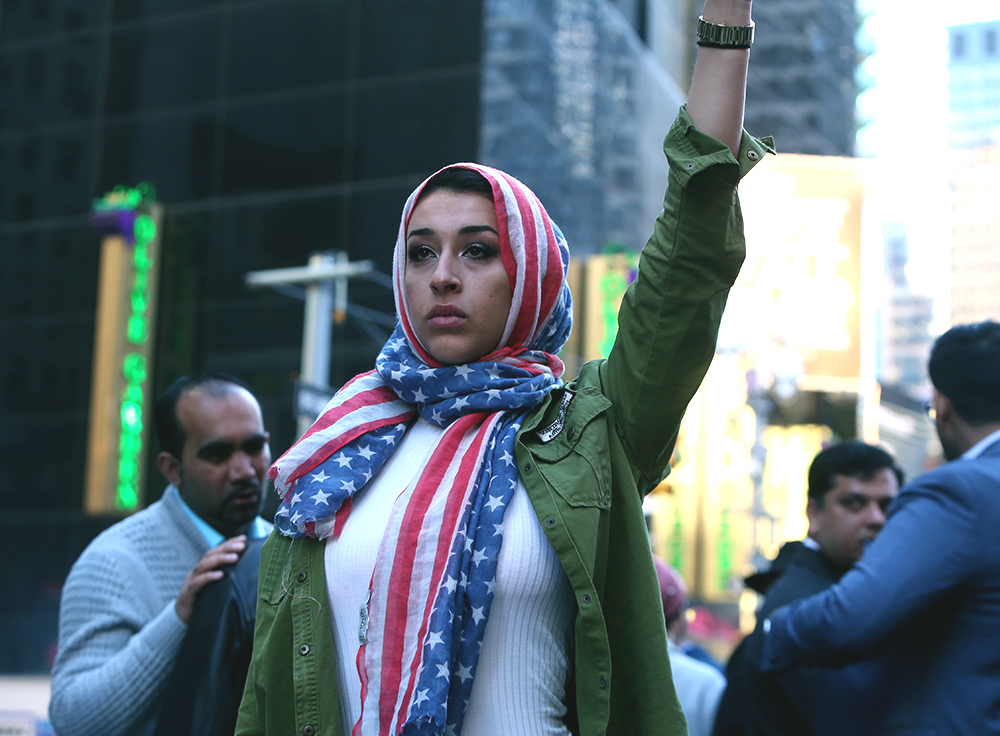 As you may know by now, last week President Donald Trump signed a new executive order limiting travel to the United States from specific Muslim-majority countries.

The first attempt order, issued on January 27, made the nation’s divide on immigration issues even clearer and more obvious. In reaction, thousands rushed to airports across the country to protest the travel ban. The ACLU and others immediately challenged the law in court. Hundreds of leading companies publicly denounced the ban. Immigration-themed ads took over the Super Bowl.

Yet, according to recent polling data, the public slightly favors the policy. And the Church is divided as well. One hundred church leaders took out a full-page ad in the Washington Post to make their objections clear in the days after the original order.

Still, a majority of evangelical Christians supported the travel ban a soon as then-candidate Trump proposed the idea back in May 2016, after the San Bernardino shooting. And, according to PRRI, the policy has become more popular within the community over time—despite the broad societal push back and the efforts of church leaders to reframe the church’s position.

First, according to the Pew Research, among countries currently debating national identity issues, there is a significant age gap between those who view religious affiliation as essential to national identity. From their report, “In both Greece and the U.S., people ages 50 and older are significantly (26 points) more likely than people ages 18 to 34 to say that being Christian is very important to being truly ‘one of us.’”

This is on top of the famous Pew finding that, “Millennials increasingly are driving growth of ‘nones.’” The report says, in essence, that people born after 1980 aren’t participating in organized religious life to the same degree as previous generations, and that this is particularly true of evangelicals.

The takeaway is clear: Young people simply care less about someone’s faith tradition, or their belief in God, when considering national identity. And fewer young people are participating in the life of the Church. This goes a long way in explaining the support for the ban among evangelicals.

Second, another important piece of data is from PRRI.  They find that while social context shapes people’s opinions about the Muslim community, non-Muslims generally don’t interact with Muslims. The report says,

New PRRI analysis finds that relatively few Americans regularly interact with Muslims. Only 8 percent report having had a conversation with someone who is Muslim at least once a day in the past year. About three in 10 (29 percent) report occasional interactions with someone who is Muslim, while more than six in 10 say they seldom (26 percent) or never (36 percent) have had such a conversation.

The data doesn’t break out along religious lines, but it’s safe to infer that there isn’t a categorically higher rate of interaction between American Christians and their Muslims neighbors than there is among the nation as a whole. In part, I’m making this inference based on how Christians rated their feelings toward Muslims in a separate Pew survey released last month—not well.

On the whole, the numbers say we’re getting older, more enmeshed in the cultural identity of being American Christians and are not connecting with our Muslim neighbors.

How the Bible Says to Treat ‘Strangers and Refugees’

If we’re going to live out the biblical commandments to welcome the stranger (Matthew 25:35), treat them as a native-born (Leviticus 19:34) and show hospitality as if to the angels (Hebrews 13:2), some things have to change.

This is an opportunity to intentionally spend time with our neighbors; especially those who look, behave and believe different than we do. Not only will we be more apt to see others in a positive, humanizing, light; which is the foundation of any meaningful relationship, they will begin to see us that way too.

In his book, Allah: A Christian Response, Miroslav Volf writes,

Muslims and Christians will be able to live in peace with one another only if (1) the identities of each religious group and respected and given room from free expression, and (2) there are significant overlaps in the ultimate values that orient the lives of the people in these communities.

Instead of watching the coverage unfold on cable TV or reading about it as a theoretical policy idea, connect with the Muslim community in your town or city. Let your mind and heart be informed by that of your neighbor’s.

It is also a critical juncture at which we need to engage young people as leaders within the Church. Not as future leaders, but as leaders at present. Those born after 1980, don’t hold to the same status quo about national identity being tied to Christianity.

This is immensely freeing for the evangelical Church. Instead of pursuing some blend of patriotic evangelism, which has led the Church into toxic places, we can freely and simply humanize the stranger in our midst for the purpose of demonstrating Christ’s love. This is the mission of the Church: not to act as an acculturating institution for American “values,” but to be a community of people concerned with the Gospel.

As Russell Moore writes, “We are not even, first of all, the United States of America. We are the Church of the resurrected and triumphant Lord Jesus Christ.”

The Church’s response remains an open question that will ultimately be answered by our actions. Are we to be an advocate for the voiceless (Proverbs 31); a refuge for the weary (Matthew 11); a family for the widow and the orphan (Psalm 68); and an image bearer of God?

Or are we going to settle for something less, something smaller, something “safe”? Are we going to embrace the fear and anxiety of this cultural moment—not as a country, but as the Bridegroom of Christ—and close our doors, our arms, our families and our hearts to people who are far from God and in their deepest desperation?

Heresy Alert! Great, Now We Have to Worry About ‘The Shaq’