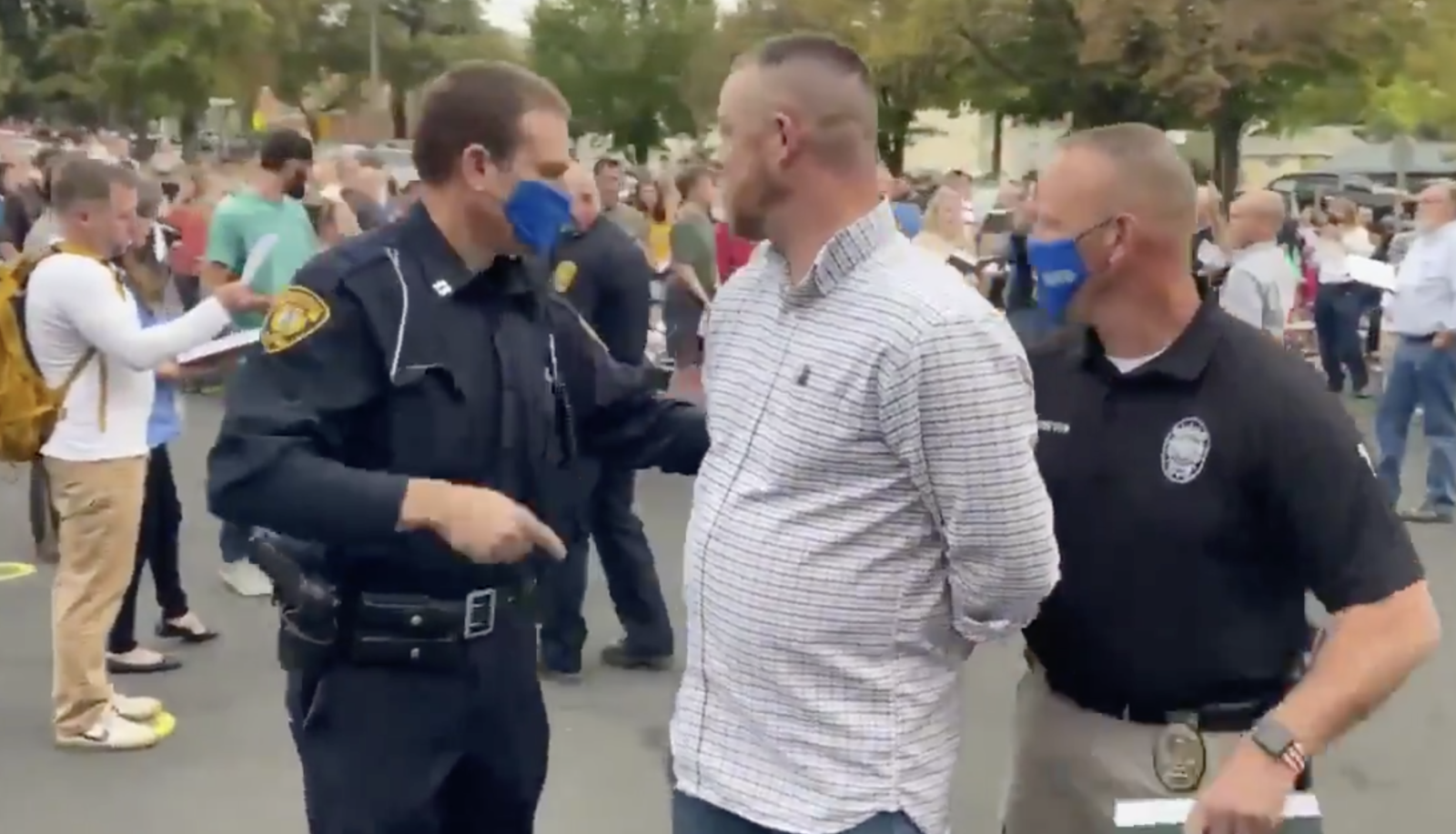 Living As a People Pleaser Will Suck You Dry

Today on President Donald Trump’s Twitter feed (yep, this is one of those stories. You’ve been warned.), Trump cautioned that “DEMS WANT TO SHUT YOUR CHURCHES DOWN, PERMANENTLY. HOPE YOU SEE WHAT IS HAPPENING. VOTE NOW!”

Attached to the tweet was a video from Young Americans for Liberty president Cliff Mahoney of police arresting a man while other people around him sing a hymn. Mahoney declared that, “If you would have told me in 2019 that we were just 1 year away from Americans being ARRESTED for holding outdoor church services, I would have thought you to be insane. This is one of the most heartbreaking things I’ve ever seen. Pray for America.”

DEMS WANT TO SHUT YOUR CHURCHES DOWN, PERMANENTLY. HOPE YOU SEE WHAT IS HAPPENING. VOTE NOW! https://t.co/dqvqz6b1WD

The video was originally posted by the Babylon Bee’s Matt Carobini, who captioned it with “Apparently we’re arresting people for singing hymns in America.” That would be a pretty big deal, no doubt. But a closer look at the story reveals that it’s just not the case.

It’s true that three of about 150 attendees were arrested during a “Psalm Sing” in Moscow, Idaho, from where this footage was taken. Christ Church pastor and event organizer Ben Zornes did argue to local reporters that the arrests were not justified, saying, “We were just singing songs.”

But it’s not true that anyone was arrested “for singing hymns.” Hymns are allowed. Violating social distancing guidelines in the era of COVID-19 is not. City lawmakers in Moscow have instructed people who are not of the same household to maintain a distance of six feet and wear facemasks while public. Christ Church, which organized a “Psalm Sing” to protest the ordinance, created a Facebook post encouraging attendees not to wear masks. The city painted colorful circles in the meeting to mark the safe distance attendees could stand from each other. Video and reports from the event appear to show these circles being ignored, and very few if any people wearing masks.

Zornes told the Moscow-Pullman Daily News that, “We wanted to make a statement we’re ready to head back to normal.”

Moscow Police Chief James Fry told reporters that his department had tried to be “very lenient” with regards to social distancing guidelines. “But at some point in time you have to enforce,” Fry continued.

Zornes admitted that police had told attendees that they would be enforcing the facemask order with arrests, but maintained that the crowd had done nothing wrong.

The laws about social distancing vary from state to state and even city to city, and some churches have taken issue with guideline enforcements they view as unfair. But for the most part, pastors and their congregations have reported plenty of cooperation with local authorities as long as they abide by COVID-era guidelines. There’s a big difference between being arrested for “singing hymns” and being arrested for “breaking the law.” The attendees of the Psalm Sing are certainly allowed to protest these laws, but no one should confuse this for anything like religious persecution. That’s just not what’s happening here.