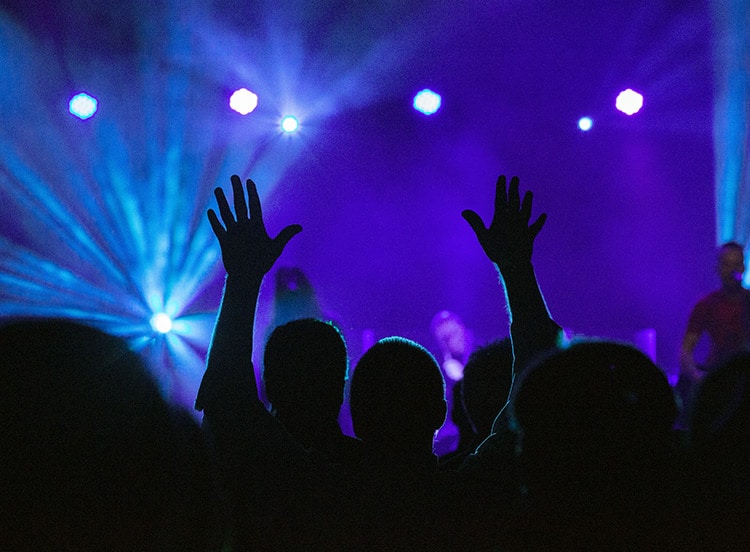 It is a perennial question that has plagued Christians living in the Western hemisphere since at least the middle of the 18th century. And one only has to glance at the number of books, articles, blog posts and podcasts related to the subject to see that there are about as many answers to that question as there are people thinking the question.

H. Richard Neibuhr’s classic work, Christ and Culture, surveys several of the Christian answers, ranging from what he considers “withdrawal” from contemporary cultures to active “engagement” with those cultures. And despite the many attempts of Christians to tackle the question, it continues to insist itself on the life of each generation of Christians.

Hovering behind the attempt to answer the question is a cluster of concerns: How will the way of Jesus Christ speak to new generations in a compelling mode? What if people, and even whole age groups, begin to leave the Church? How is the church of here and now going to address the contemporary individual’s needs and doubts, questions and concerns, desires and revulsions?

On the one hand, it might be that these concerns indicate a healthy anxiety in the Church to continue to proclaim what God has done in Jesus of Nazareth in terms accessible to each new generation. But it might also be that these concerns point in a different direction. Perhaps we are not so burdened by the responsibility of Christian proclamation as we are facing a temptation to let the standards of the contemporary social and political order set the agenda for Christian existence in the world.

The questions listed above suggest as much to us.

If we ask, that is, how the way of Jesus Christ will speak to the new generation in a compelling mode, haven’t we already agreed that the proclamation of Jesus Christ is not in itself compelling, that it needs bells and whistles to spruce it up if it is going to prove effective? Or if we ask about and worry over the problem of growth and decline in the Church, haven’t we already succumbed to a vision of church determined by numbers and quantities, rather than by the call and cost of discipleship?

Or if we ask how the Church of today is going to address the contemporary individual’s needs and desires, haven’t we already presumed that the burden of proof lies with the Church to prove how it meets the needs, desires and concerns of those outside of the Church? And in that very presumption of the burden, haven’t we given up on our own story and standpoint which claims, in all weakness, that God’s revelation is something that by definition cannot be proved, something that summons humans to prove themselves, something that no cultural movements or ideas or titanic philosophical shifts, no matter how much they bluster, can ever judge or question or pronounce as “irrelevant”?

It is this last point that gets at the heart of the problem, for the Church is not called to be relevant or to prove that its message is relevant. It is simply called to witness in word, action and attitude to the death and resurrection of Jesus, whom God has made both Lord and Messiah according to the scriptures of Israel.

“You are witnesses of [the Messiah’s suffering and rising],” Jesus says to his disciples at the end of Luke’s gospel. As long, in fact, as the Church continues to worry over how it is being perceived by the world outside, as long as it continues to cast a wistful glance toward its long-awaited influence, it will become more and more irrelevant in whatever context it finds itself located. That is the irony. But it is the ironic truth.

The Church will be taken most seriously only when it takes seriously its own task and responsibility given it by God’s revelation in Jesus Christ; only when it focuses not on how to address the concerns of those outside of the Church but on proclaiming and living the truth of God’s concern for humanity in Jesus of Nazareth.

To put it more directly: The Church will be relevant only when it is not distracted by the question of its relevance vis-a-vis contemporary cultures; only when it freely proclaims the word of God’s reconciliation with and love for a world in dire need of forgiveness from its many sins.

To be sure, the church that hears God’s summons to stick to its origin, content and goal—the proclamation that Jesus Christ is the true Lord—inevitably risks being a church that will cause offense. It risks being judged as inhospitable, unwelcoming—an exclusivist, fundamentalist revival of stone age myths! It risks being hanged for being “irrelevant” and “tone-deaf” to the new cultural epoch, to the growing tide of ideas and grass-roots consciousness. It risks being a church labeled as dangerous because it threatens to destabilize every other ideology and every other rival claim for truth.

It risks being persecuted and suffering for the truth—even to the point of death. But what else could a church following a Messiah who leads it to the cross expect? Has there ever been an age in which the church and its theology has not basically been confronted by the threat of being labeled “irrelevant” because of the absurdity and foolishness of its proclamation and life?

Christ—crucified? The death—of the Lord? Can a world whose ears are deaf and whose eyes are blind ever hear and see such a sound and sight as anything other than strange, irrelevant mythology?

The temptation to be relevant is a temptation to forget that the Church is not in control of its past, present or future. The Word of God is, and He will see to it that His body, of which He is the head, and His message, of which He is Lord, continues to remain relevant, no matter what takes place.

That is, at least, His promise to His apostles, a promise the Church today continues to cling to: “Look, I am with you at all times—until the end of the world” (Matthew 28:20). If the Church wants to survive this century, then it must remember this promise and live by the fact that its survival and its growth are in the hands of God. The Church does not need to try or strive or attempt to be relevant.

It will be so. It need only follow its Lord.

is the Director of Young Adults at First Presbyterian Church of Houston in Houston, TX. He is a recent graduate from Duke Divinity School and was awarded first prize from First Things’ premier essay contest in 2015 for his essay entitled, “Is It True that the World Will Be Saved by Beauty?” He is married to Mary Lynn, loves reading Karl Barth’s Church Dogmatics, plays virtually every kind of sport, and enjoys singing.

What People Actually Need from Missionaries

Toys R Us Is Reportedly Filing for Bankruptcy