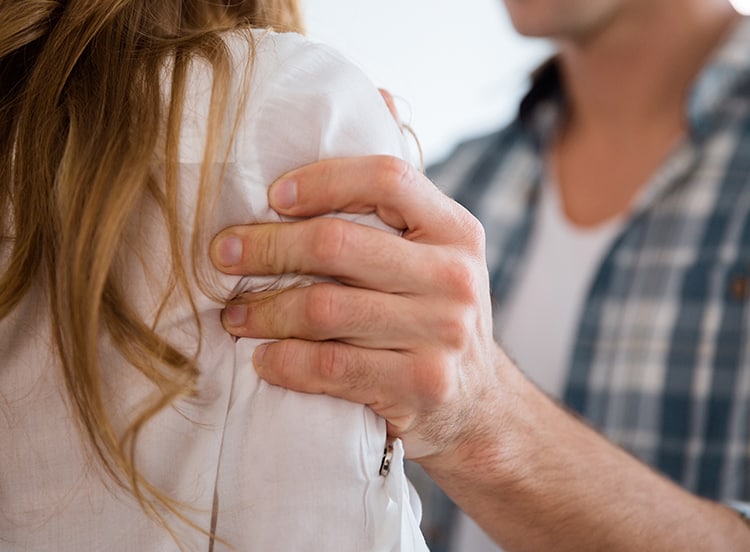 I have experienced abuse at the hands of multiple perpetrators. One was a romantic partner who led a ministry for my former church. The other was a spiritual leader with a ministry spanning across the U.S. and overseas, this was a man devoted to teaching others how to live in accordance with his view of the Bible.

Abuse is an epidemic in both Catholic and Protestant churches. There are estimated to be thousands of victims of the Catholic Church abuse scandal, and expert Boz Tchividjian believes that the Evangelical Church is “worse.”

1 in 3 women and 1 in 4 men experience abuse of some form, often with devastating trauma symptoms stretching throughout the rest of their life. And for the last five years, child sexual abuse has been the No. 1 reason why churches or religious organizations have ended up in court.

To say that abuse is an epidemic in the Church would be an understatement. I am an abuse victim advocate, and I interact with victims of abuse in the Church and deal with church abuse scandal coverups on a daily basis. Almost without fail, victims tell me that their church environment ascribes to a patriarchal view of the Bible.

Abuse is defined as “to misuse, or to treat in a harmful, injurious, or offensive way,” and includes physical, sexual, emotional, digital, economic, psychological, verbal, spiritual abuse and more. Abusers are motivated by a desire for power and control and abuse is the way they obtain and maintain it over their victims.

Patriarchy is defined as a “social organization marked by the supremacy of the father in the clan or family, the legal dependence of wives and children, and the reckoning of descent and inheritance in the male line; broadly: control by men of a disproportionately large share of power.”

To say that patriarchy is driven by power and control is not a stretch, it’s part of the definition.

Many Christian churches ascribe to some form of “benevolent patriarchy” commonly known as Complementarianism. This belief gives men the role of authority over the wife and children, and only allows men to be church leaders. Women are expected to submit unilaterally to men, fathers, husbands, pastors. While many churches who subscribe to this encourage men to sacrificially lead their wives, there is still a power differentiation. Men are still given the final say, and it still falls on the scale of patriarchy.

Since abuse is motivated by power and control, and patriarchy is a system based on power and control, it is not surprising that abuse is prevalent in these circles. Even writer Jason Meyer from The Gospel Coalition (a mainstream Complementarian parachurch organization) states that Complementarianism asks women to “take the most vulnerable position,” and can “quickly become a dangerous position when [these] views get distorted.”

Additionally, The 2014 Journal of Integrated Social Sciences’ article, “You Are Not Your Own:” Rape, Sexual Assault, and Consent in Evangelical Christian Dating Books, says:

I believe there is a strong intersection between patriarchy and abuse. This is not to say that all who are in patriarchal systems are themselves abusive, but that the structure as a whole is based on inequality of the sexes—a key component in abuse.

The good thing is that abuse awareness and coalitions for gender equality are on the rise, and I believe this is beginning to seep into the Church.

In light of this, here are three ways we can combat abuse in the Church with gender equality:

1. Promote female leaders in the home and Church.

Equality is the opposite of power and control, and leaders in the anti-domestic violence movement have long been proponents of equality-based relationships. If we hope to tackle the issue of abuse we need to dismantle unequal power, not by replacing patriarchy with matriarchy, but by distributing equal power to both women and men. This will provide stronger checks and balances in the system and will allow for the unsuppressed thriving of both sexes.

2. Embrace the “feminization” of the Church.

This creates an environment where women supposedly need men in their life to assert dominance over them, which easily creates a culture of abuse acceptance. This also makes it difficult for men and boys who experience abuse to speak up, because abuse is forced submission, and submission is seen as “feminine.” For abused men and boys, speaking up in patriarchal settings is incredibly difficult and will likely cause them to experience ridicule due to the belief that “real men don’t experience abuse.” Some mainstream Christian leaders buck against femininity in the Church saying it should have a “masculine feel.” I believe this unequal, patriarchal approach feeds abuse culture, and that a very practical solution is to equally embrace the masculine and feminine aspects of the Bride of Christ.

The Bible shares moving imagery of the feminine aspects of God, the life-giving, protective, nourishing, comforting and motherly love God demonstrates. These “feminine” traits should be seen in all believers, not just women, just as they were seen in Jesus. Fierce protection of the vulnerable, tender nourishing and mother-like love are exactly what victims of abuse and those vulnerable to it are in need of.

Women are on the front lines fighting abuse, and they always have been. Regardless of what you may think of the modern-day feminist movement, it was our feminist mothers who gave us both the language to describe abuse and the programs and initiatives to combat its issues. Women are still bravely leading the way in combating abuse in the home, Church and world. Brave men are partnering with women in this fight, but in my experience women are the ones who have long been leading the charge. If we wish to heal this abuse epidemic, we must tap into their passion and listen to their concerns and battle plans. Allow women to lead the Church to safety from abuse.

Ashley Easter is a writer, blogger, speaker and abuse victim advocate. She is passionate about loving Jesus and partnering with her husband to bring the flavor of His kingdom to the world. She seeks to do this through promoting truth-seeking expeditions, advocating gender equality, educating the Church on abuse, and aiding the rescue of men, women and children from spiritual, emotional and physical poverty.

Editor’s Note: A version of this story first ran in April.

With #MeToo, Victims of Sexual Abuse Are Speaking Out. Many Happened Within the Church