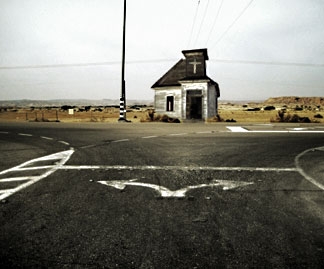 In the city where I grew up, one group broke off from Grace Church and started … Greater Grace. I wish I was making this up.

Cynicism about church splits makes sense. We’re tired of it, along with all the stupid reasons churches keep breaking into pieces. And yet … is there ever a good, legitimate reason for splitting a church?

Right now, the Anglican Communion is at a crossroads. A little background: The Anglican Communion started in the 16th century. Since then, it’s spread to every continent, 160 countries and is one of the oldest church denominations in the world. The American branch of the Communion is the Episcopal Church—you’ve probably heard of it; it’s been in the news a lot lately.

In 2003, the Episcopal Church elected an active gay man as Bishop of New Hampshire. This action by the American Church sent shockwaves through the worldwide Communion; sure, there had been some other issues with the Americans for a while (just check out Bishop Shelby Spong), but this was pretty much the first time when people began to seriously talk about leaving the Episcopal Church en masse.

It’s only gotten worse in recent days. In Anaheim, Calif. two weeks ago, the Episcopal Church passed two resolutions opening the door to ordaining active homosexuals and developing liturgies for same-sex blessings. The reaction from around the world was swift and decisive: Go through with these things, and there will be consequences.

A time to stay, a time to leave

"Our voices have become irrelevant … We presented ourselves charitably, and we were heard charitably, but it didn’t matter,"  says Bishop John Howe, bishop of the Central Florida diocese of the Episcopal Church, during a talk given in the wake of the Anaheim decisions to a gathering of Episcopalians in Orlando. "I am deeply saddened that these two resolutions [about sexuality] have passed, though I’m not at all surprised. Neither of them will have any effect on the diocese of Central Florida.

And perhaps here is where the recent talk of schism in the Anglican Communion has something to teach us.

Bishop Howe’s remarks indicate his decision to lead group of churches into active attempts to reform the Episcopal Church as much as they are able to do. Not violently or in ways that lack grace—but to act as a voice for the minority of Episcopalians who reflect the more conservative side of the issue of active homosexuals serving or seeking church blessings for unions.

The analogy of marriage is helpful here. There are times in a marriage when one spouse may be truly hurting the other—truly in the wrong. But in some of those situations, the wronged party can say "I value this relationship too much to give up at this point. I want to stay in it and use my voice from inside the relationship to seek reconciliation."

Other churches have elected to leave the Episcopal Church and seek leadership elsewhere. Church of the Resurrection is located just outside of Chicago, and left the Episcopal Church in 1993. Church of the Resurrection is a vibrant place of worship; its commitment to charismatic worship, mission and Anglican traditions attracts many young people and cultivates diversity.

So why did the church leave? In the words of Trevor McMaken, a 24-year-old member of the church, they left when "the church that they were a part of [the Episcopal Church in Chicago] had actually become a hindrance to the Gospel." Church of the Resurrection reached a breaking point and felt in order to be faithful to their calling they needed to leave. It was done with prayer and mourning, and not done hastily or without thought. They knew that to be faithful to the mission God had called them to, they had to leave.

Well, short answer: both of the churches are "right." But for different reasons. Each of the congregations has to deal with the consequences of its decisions—Bishop Howe has to struggle with a national denomination that finds some of his views "irrelevant." And Church of the Resurrection has to deal with the reality of having left their parent church, with all of the spiritual and emotional pain that goes along with a family split. Both of them made the decision out of their calling to the Gospel.

The lesson here for all of us comes again in the metaphor of marriage. Divorce, in marriage or the Church, should never be an easy thing, and should never be done lightly—in other words, people should stop splitting off and forming competing churches because they’re annoyed the pastor wears jeans.

But just like a marriage, there are times when the differences might be so profound, and the wounding so deep on one of the party’s hearts and bodies, that a split might need to be made. Not easily or without sadness. But a split—a divorce—nonetheless.

These weighty matters are not merely for pastors and elders and church leaders to ponder. All of us have gotten annoyed with our churches—and some of us have even considered leaving—for one reason or another: the music doesn’t fit, the new small group philosophy rubs you the wrong way, you question if the church has lost its calling …

If you’re in a difficult church situation—one that’s causing you spiritual anguish—think about what you need to do in order to be faithful to the calling of the Gospel. Is the situation you find yourself in truly squelching your ability to follow Christ? If so, you might need to think about making a change. Of course, that can be a number of things; you could find a different church, a different small group or, yes, even start your own church (be careful on this last one …). But do so with a deep sense of humility for what the divorce will cost, both spiritually and emotionally. And then grieve, mourn the loss and move forward in faith.

If you feel like you can still be a Christ-follower in a difficult situation, maybe your call right now is to stay. The prophet Hosea is a beacon of hope for people in this situation, as his relationship with his adulterous wife Gomer reflected God’s unconditional love for the people of Israel. Why did Hosea stay with Gomer? Obviously the reasons can be long debated among theologians, but it seems like he stayed primarily because he never stopped loving Gomer or hoping she would return to him. Some of us might be called to stay in an extraordinarily difficult place because we hope  God will use us in calling something back to Him. Sometimes that might seem ludicrous in the face of our challenges, but that may be exactly what God is calling us to do—it may be how we can best be faithful to the Gospel.

Above all, take seriously the Body of Christ. Approach conversations about church splits with love and humility. And remember the primary focus of all of us is to serve Christ’s calling—whichever direction that might take us.

Two Days in Kenya with ONE