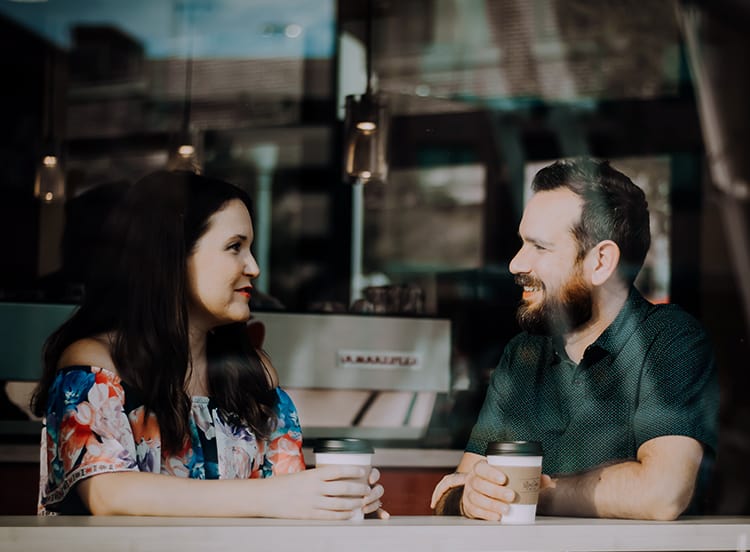 I often hear Christians say, “Christianity is not a religion; it’s a relationship.” And I’m never entirely sure what they mean. A religion’s a system of faith and practice, while a relationship is a connection between individuals that could be based on things like emotion, blood, common interest, etc.

The truth is that it’s both. If you don’t believe me, drop the name Rob Bell in conversation with your evangelical friends.

You’ll quickly discover that, some people’s opinion, he doesn’t have a “relationship” with God because he doesn’t possess the correct “religious” understanding.

In fact, for many Christians, the right belief system precedes the relationship.

The Importance of Orthodoxy

When Jesus showed up in the first century, there was an acceptable Hebrew orthodoxy. Having the wrong belief system could not only get you ostracized, it might even get you killed.

This dogma was built on thousands of years of close scriptural study. But then Jesus showed up and challenged the status quo and showed them that their doctrines and practices weren’t entirely in keeping with God’s heart or expectation.

Today, after thousands of years of close scriptural study, we’re all fairly certain that we know when (and how) the universe was created, how God governs it, and what our place is. We’re completely confident that we understand what it means to be “saved,” how atonement works, and what happens to those who chose not believe or follow Jesus. But there are thousands upon thousands of Protestant denominations, independent denominations, not to mention the Orthodox groups, Anglicans, and Catholics.

Each of them has eked their own unique orthodoxy.

I don’t think that this means that orthodoxy doesn’t matter. I think it means that we need to hold onto our doctrines a little more loosely than we do. I think there is a true orthodoxy, but I’m not sure that any group corners the market on it. In fact, if Jesus was to show up today, I think we’d all be shocked at the number of ways we’ve missed the boat.

We should all be doing our best to interpret Scripture accurately and constantly challenge our own beliefs (as well as the beliefs of others). But too often our convictions are more about being tribal than truthful. We use our dogma to designate and separate.

Identifying (and Disassociating from) Heretics

I see an interesting phenomenon among Christians that I don’t see from most other groups. Someone will share a blog post or mention a book in a group or on social media, and they’ll preface it with the same warning, “Now I don’t with everything this person says, but I liked this …”

Don’t you think it’s odd that Christians need to preface agreement with this kind of caveat? What exactly are we worried about?

First of all, who do you agree with all the time? I honestly can’t think of anyone.

This is why I don’t hear this warning outside of Christian circles very often because the rest of the world doesn’t demand a conformity of thought about everything. Yet somehow we all think that Christianity does. We might say that Christianity is a relationship, but I don’t know of any relationships where entry demands uniformity and factual accuracy. But we’re all so used to people getting kicked out of the tribe (which often looks like getting pulled from Lifeway store shelves or getting called out on high-profile theo-blogs) that we’re scared to speak our questions out loud.

To immediately distance myself from someone at the same time that I’m sharing their thoughts is strange, and it says a lot about how we operate. The assumption that agreeing with a specific pastor, teacher, or author’s point means that I’m cosigning everything they’ve ever said is bizarre. But we’re so worried about expulsion or isolation that we over clarify. That sounds more like religion than relationship to me. As a matter of fact, it doesn’t even sound that much like religion.

I don’t agree with a lot of Reformed theology, and I can explain the reasons why. I don’t for a second think that means that I’m a real Christian and Reformed believers aren’t.

When push comes to shove, we’re all wrong about elements of what we believe. To Jesus, a lot of our theological discussion probably sounds like a five-year-old explaining the wonders of conception.

As I said earlier, I don’t think that means that orthodoxy doesn’t matter. I think there is an unknown orthodoxy that governs everything in the universe. How much of it do you think you or your tribe have sussed out? 29 percent? 40 percent? Anything less than 100 percent demands a lot more humility than we demonstrate. Because the simple fact is that if we’re wrong, we don’t exactly know where. That’s what it means to be wrong.

In his letter to the Galatians, Paul says that “the only thing that matters is faith expressing itself through love.” Knowing that we were going to miss the boat on our “rightness,” Jesus revealed the only orthodoxy that matters:

Editor’s note: This post originally appeared on Jayson’s blog. It was republished with permission.